By Syndi (self media writer) | 1 year ago

The International Federation of Women Lawyers (FIDA) and Unity House Foundation (UHF), have condemned the invasion of the Port Harcourt residence of the immediate-past Acting Managing Director of the Niger Delta Development Commission (NDDC), Joi Nunieh, by operatives of the Nigerian Police . Policemen, who claimed to have been sent by the Inspector-General of Police, Mohammed Adamu, had in the early hours of Thursday invaded Nunieh's Port Harcourt residence with the aim of arresting her, but were prevented by Rivers State Governor, Nyesom Ezenwo Wike, who stormed the scene and took her away to Government House, Port Harcourt. [ 1,023 more word ]- Leadership Newspaper

Former Nigeria international Mutiu Adepoju has celebrated Real Madrid after they were crowned LaLiga champions for the 2019/2020 season, Completesports.com reports. Madrid were confirmed champions with one game left to play following their hardfought 2-1 home win against Villareal on Thursday night. The win took Madrid’s point tally to 86 and are now seven points ahead of rivals Barcelona who lost 2-1 to Osasuna at the Nou Camp on Thursday. [ 85 more words ]

Ahead of the September 19, 2020 governorship election in Edo State, the Labour Party has said that voters in the state are interested in only candidates with the pedigree, character and antecedent that can sustain and improve on the present level of development in Edo State, noting that the people will resist the antics of the All Progressives Congress (APC) and its candidate, Pastor Osagie Ize-Iyamu in the forthcoming poll. [ 499 more words ]- Leadership Newspaper

Federal government has launched the 2020 State of World Population (SWOP Report 2020), to address the undermine equality of women and girls across the globe. Speaking at the launching in Abuja, Acting Chairman of National population commission, Dr. Tayo Oyetunji, noted that the report is to reaffirms the equality of human rights for women and men in society and in the family. [ 323 more words ] - Leadership Newspaper 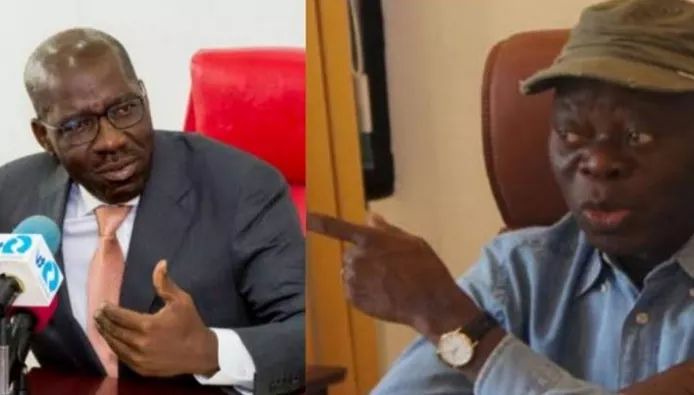