Suspended national chairman of the Peoples Democratic Party, PDP, Prince Uche Secondus has vowed to save the party from those who are bent to destroy it as he is set to challenge his removal in the court of law. This is contained in the report published by Vanguard. 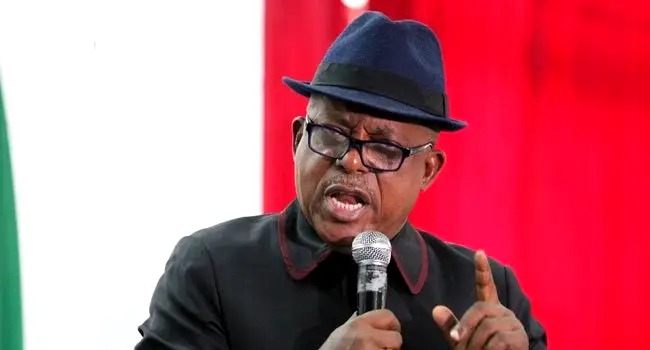 He stated this on Sunday in a statement signed by his media adviser, Ike Abonyi, and made available to journalists in Abuja. Secondus debunked unsubstantiated stories that he was under pressure to withdraw the case.

He, therefore, claimed that he was rather under pressure for justice, and he would seek it anywhere to save the party from hirelings out to destroy and derail the focus of the party.

The crisis that rocked the leadership of the PDP in recent times started following the glee defections of 3 serving State Governors and their state and federal lawmakers into the ruling party, APC.

The crisis became worse after about 7 members of the National Working Committee had resigned their positions. They had cited the poor leadership disposition of the embattled chairman as a reason for their actions.

The protest of the party members at the PDP secretariat in Abuja coupled with the decision of the PDP caucus in the House of Representatives testified to calls for his removal.

However, Secondus had insisted that he would not bow to intimidation or blackmail because he didn't do anything contrary to the ethos of the party. As the crisis continued to linger, the BoT had come in and recommended that Secondus should remain in office till his tenure terminates in December.

However, things took another twist as two members of the PDP in Rivers State sued the embattled Secondus to a high court in Port Harcourt. The court had barred him from parading himself as the substantive party boss and participating in any of the party's activities. 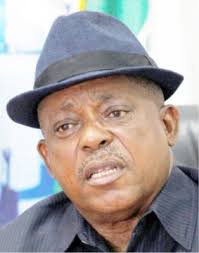 Secondus who felt disagreed with the court judgment had gone to another court in Bauchi to get a parallel injunction to reinstate him but didn't work as though.

The NEC through David Mark-led reconciliation committee tried to sue for peace between him and Governor Wike, his main antagonist trying all means to remove him. All peaceful mechanisms brought up by the committee didn't yield as the two gladiators remain to stealth their swords.

Meanwhile, the suspended chairman has now promised to fight his position back to save the party and made this strong point:

While dispelling media reports which said he was under pressure to withdraw his case from the court, Secondus maintained seeking justice is not against the party but rather against a person hell-bent on hijacking the soul of the party.

According to him, the justice he is seeking is enshrined in the party constitution which is supreme and states clearly how a national chairman and any national officer can be sanctioned even where there is a known beach not to talk where this none.