By SunriseMedia (self media writer) | 1 year ago

A top aide to the Governor of Ekiti state Mr. Sola Durodola is set to be in for some stormy times as a petition has been filed against his person over a viral video where he allegedly assaulted a woman.

He also ordered for her arrest by soldiers after the woman reprimanded him for flouting traffic rules and nearly causing an accident.

whilst he was also taped threatening to deal decisively with a reporter who posted the video on Facebook.

Mr. Sola was seen in the video calling for soldiers on his mobile phone to come and and arrest the woman whom he accused of insulting him after he nearly rammed his sienna car into the car conveying the woman and her 2 kids. It was gathered that the aide who was once suspended by the Governor for excess use of force but was recently seen with a state government registered car failed to obey the traffic light after it has ordered him to stop.

The video enraged the aide who has since called the reporter on phone to always watch his back as he will go all length to deal with him for daring to damage his reputation.

The Reporter, Remi koleoso of News Agency of Nigeria who posted the video of the aide on his Facebook platform said he only did so, so that necessary authorities will put a check on the excesses of the aide who is popular for his abuse of power.

While decrying the high handedness and attitude of the aide, the Reporter maintained that the woman whose name was given as Mrs Soares Febisola only corrected Mr. Sola for disobeying the traffic light at Okesa under the fly over bridge leading to Basiri in Ado Ekiti.

The woman reportedly disagreed when he was trying to justify his actions by blaming the Driver of the vehicle he ran into. She accused him of not obeying the traffic light which led to the mini accident. The effrontery of the woman angered the aide who started insulting the woman by calling her unprintable names and even made phone calls to some soldiers who came to whisk the woman to the pavilion.

It took the intervention of some notable people who after listening to both sides agreed that the woman was not at fault and allowed her to go even though Mr. Sola refused to apologise.

This attitude of the aide irked those around and wondered why such arrogance and injustice will be allowed to thrive on part of Governor's aide who also doubles as the chairman Nigeria Governors forum and a presidential hopeful.

It will be recalled that a lot of citizens called for the suspension and removal of Mr. Sola Durodola during the covid 19 lockdown last year when he allegedly assaulted a married woman who was going to a buy medications for her family at okeyinmin area of Ado Ekiti. All entreaties by the woman yielded no results as Mr. Sola refused to entertain all her explanations.

He was announced to have been suspended and removed few weeks later after he reportedly assaulted a nurse who was going to resume duties at the General hospital, according to him he was unaware that nurses are essential workers.

This shameful act has not gone unnoticed as a law firm A.O Okeya and Associates has petitioned the Governor of the state Dr. John kayode Fayemi over the unruly behavior of one of his most trusted aides.

The firm urged Dr kayode fayemi to ensure justice is served and that the life of their client Mrs Soares Febisore is safe. 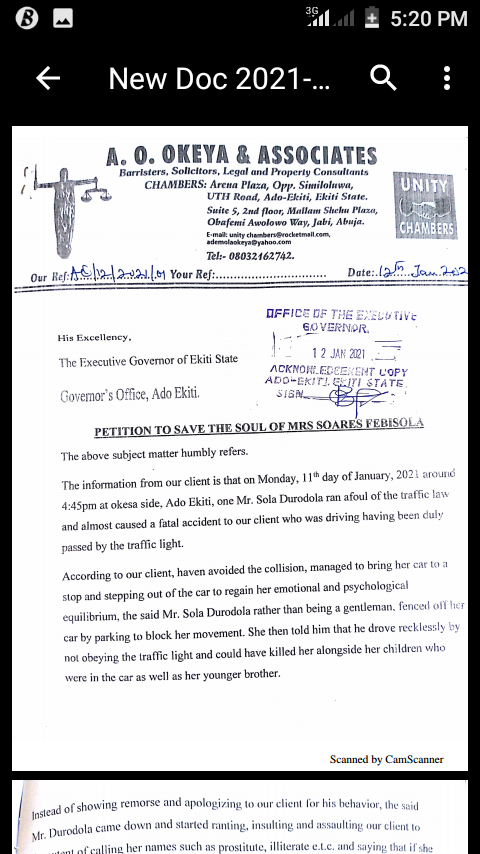 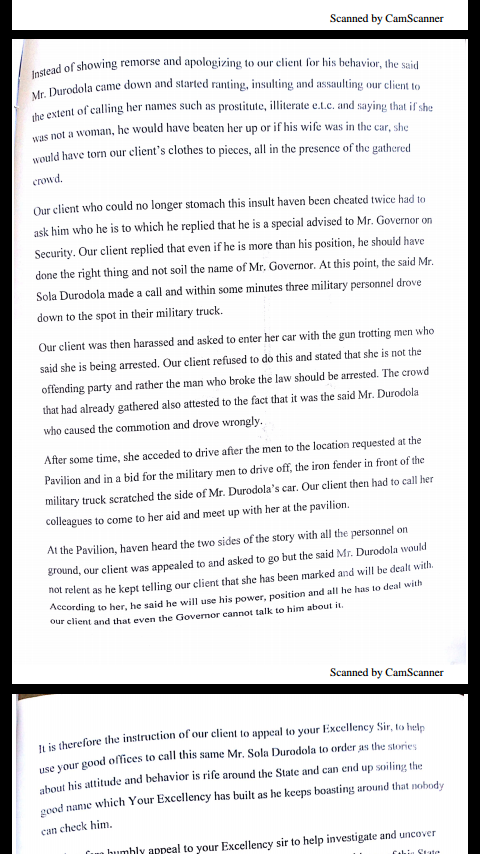 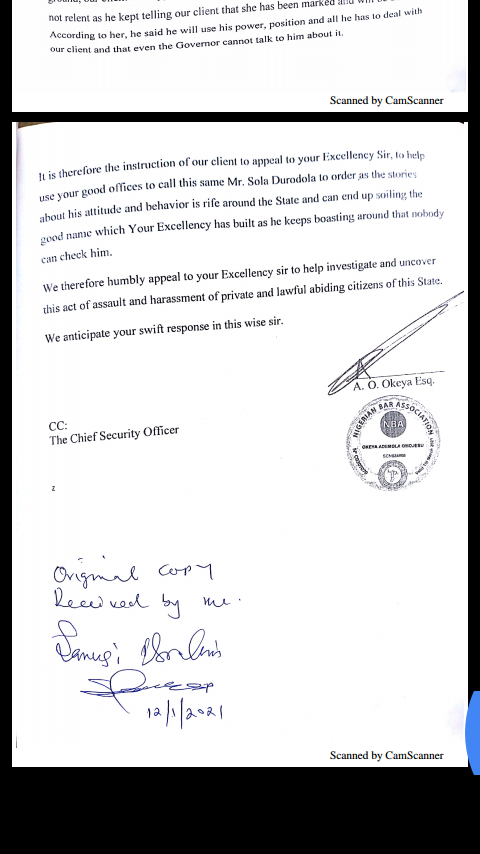 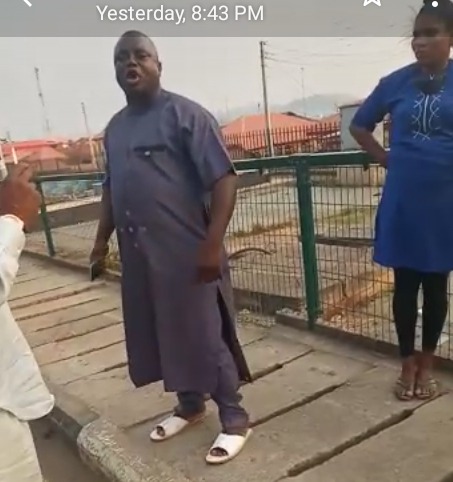 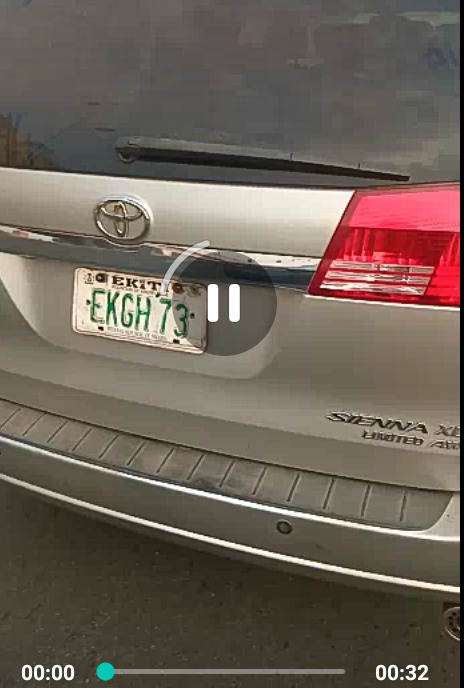 Just this morning, the aide put a call across to the reporter and threatened to deal with him decisively for having the guts to expose him. In the almost 3 minutes call which was duly recorded, Mr. Durodola accused Remi koleoso of NANS of being a PDP spokesperson who is bent on tarnishing his name. He further threatened to also sue the reporter while raining insults and curses on him at interval. He promised to make the state unbearable for him while calling him an idiot before hanging the call.