Meet the president that declared himself the 13th apostle.

By Silanekme (self media writer) | 2 years ago

Jean Bedal Bokassa:Jean Bedel Bokassa: also known as Bokassa, was a Central African political and military leader who served as the second president of the Central African Republic and as the emperor of its successor state, the Central African Empire, from his Saint-Sylvestre coup d'état on 1 January 1966 until overthrown in a subsequent coup in 1979. 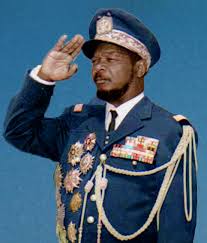 Bokassa came from a reputable family, his father was the chief of the umbakka tribe in Bengishadi French Coloni. After his father's sudden death in 1927 and his mother's suicide a few months later he was left under the care of the Franciscan missionaries, then he was six years old.

At age 18, Bokassa joined the French army, participating in the Allied landing in Provence, fighting in Indochina and Algeria, for which he was decorated, commissioned and given French nationality.

In 1965, Bokassa led a military coup against David Dacko, the president of the Central African Republic. He seized control of the government; Dacko was thrown into prison.

“Having annulled the constitution, Bokassa made himself President, then President for Life in 1972, then Marshal of the Republic in 1974. In 1977 he decided to crown himself Emperor. His coronation was held on December 4, 1977, in the Palais des Sports Jean-Bédel Bokassa, next to Jean-Bédel Bokassa University, on Bokassa Avenue.”

In all tyrants Africa has had to endure, none proved more eccentric than Jean-Bédel Bokassa of the Central African Republic (CAR).

He is estimated to have fathered 54 children by various lovers, including Romanian, Tunisian, Gabonese, French, Vietnamese, and Belgian ladies.

He met his downfall in 1979 when 100 schoolchildren were killed after protesting they were forced to wear expensive uniforms produced by Bokassa’s wife. The emperor allegedly beat five to death with his walking stick. The French sent in their commandos to depose him, and Bokassa fled to the Cote d’Ivoire, then to Paris, where he lived in a chateau and drew a French military pension. 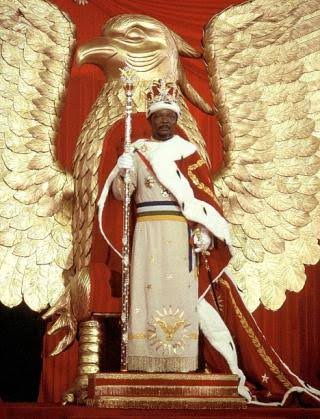 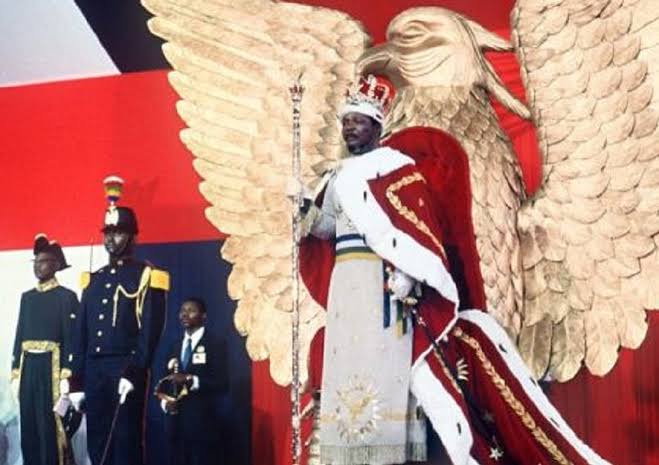 He returned to the CAR from exile in late 1986 to be arrested as he stepped off the plane. Tried on 14 different charges, including treason, murder, embezzlement and cannibalism, he was convicted of all but the last and sentenced to death. This was commuted to 20 years in jail and he was then released in 1993 as part of a general amnesty.

Bokassa, during one of his interviews, said it, wasn’t only a crucifix He received from the Pope on the day. He also stated: “I was baptized in 1950 at Fréjus, where my old French regiment was based. I received my baptism as thirteenth apostle on July 30, 1970, from Pope Paul VI. I was president from 1966 to 1976.”H

Heremained in the CAR until his death in 1996 at the age of 75, proclaiming himself the 13th Apostle.

If you feel this article, remember to follow and shear.

Content created and supplied by: Silanekme (via Opera News )