By OmoobaAlekuwodo (self media writer) | 22 days ago

Over the past two years that Governor Seyi Makinde has been the Executive Governor of Oyo State, there have been various political scenarios that may pose threat at the proximity of the second term reelection bid of Governor Makinde. 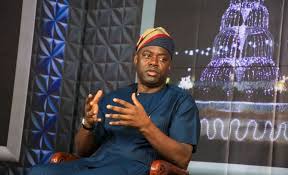 It could be, vividly, recalled that the victory of Seyi Makinde in the 2019 Governorship elections, in Oyo State, could not have been possible without the supports he enjoyed from some prominent politicians in the state.

Although some of the political allies and loyalists of Governor Seyi Makinde, in Oyo State and outside the state, still maintain hope that their principal has better chances of winning the 2023 governorship elections in Oyo State. However, there are considerable group of other prominent politicians who nurse the mindset that the administrative style of Governor Seyi Makinde is, certainly, regrettable.

The political relationship between Seyi Makinde and former Governor of Oyo State, Senator Rasheed Adewolu Ladoja before his election in 2019 is, quietly, not as diminished as it is today. 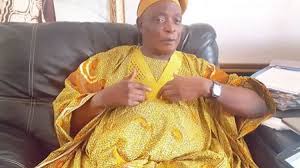 It could be recalled that Senator Ladoja was instrumental to the supports Seyi Makinde enjoyed from Oyo State political stalwarts like Alhaji Sarafadeen Alli of Zenith Labour Party (ZLP), Senator Femi Lanlehin of African Democratic Congress (ADC) and majority of other governorship aspirants who, out of agreements, withdrew their governorship aspirations in support of Seyi Makinde.

Apart from this, major political stalwarts in Oyo State Chapter of Peoples Democratic Party (PDP) who worked in favor of Seyi Makinde in the 2019 Governorship elections have, almost, back out from supporting Governor Makinde's reelection in 2023.

Most importantly, the lost love between Olopoeniyan and Governor Makinde, his former political ally enriched profile of the emerging political emperor and turned his Idi-Ape residence to a mecca for politicians, just like in the days of Adedibu and his Molete Palace. 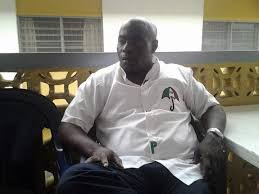 While the sitting governor remains the party’s leader in the state and wields powers and influence on the party structure, the real power blocs within the state’s PDP are loyal to Olopoeniyan and most of them are not even pretending about it. PDP members who are major stakeholders in bringing Makinde to power but felt shortchanged in the powerplay also find a worthy leader in Adebisi Olopoeyan as the only one whose political clout is strong enough to ventilate their displeasure.

The wrath of Alhaji Adebisi Olopoeyan may, possibly, distort the hope of the reelection bid of Governor Seyi Makinde in 2023.