By ApostleAdebomi (self media writer) | 1 year ago 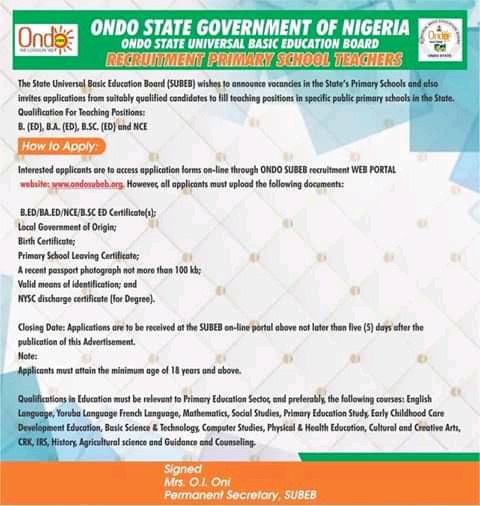 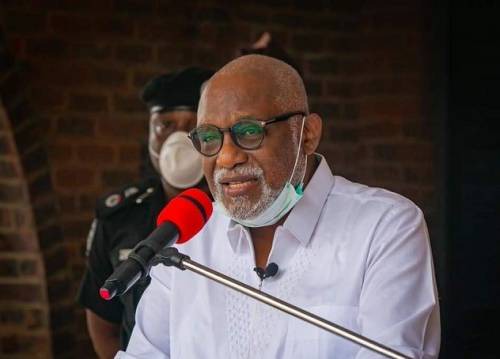 This is coming at a time Akeredolu's led government is being criticized heavily for not creating employment but rather sacking appointees in the state.

Although this is supposed to come as a good news for the unemployed graduates, it is important to note that this present government did not create this employment because it has the interest of the youths at heart.

For the records, Akeredolu is not creating this job opportunity to cater for the welfare of the masses but rather play on the intelligence of the unsuspecting masses.

This is almost the fourth year of Arakunrin's administration, and one can begin to wonder why he did not create these jobs during his first,second and third year of his administration.

But now that his administration is already coming to an end with uncertainties surrounding his re elections, Is this not a campaign strategy? Let's look at it practically and with facts.

Recruitment into the state civil service and full staffing will definitely take nothing less than three months even a year in some cases and yet the elections is October and with campaigns to be kick starting soon, it is evident the process will be stopped halfway until his fate will be decided by the electorates.

This is a win a win situation for the white bearded man. He gets re elected, fine for him, he gets defeated he gallivants around telling whoever cares to listen how he tries to make life meaningful by creating employment. An audio one for that matter.

Another reason why SUBEB employment scheme should be rejected is that, should Akeredolu lose at the primaries, then the fate of those given employment letter is hanged in the balance.

Quote me anywhere no government will accept a liability brought upon it by any predecessor. You doubt this then kindly go down the lane of history. The appointments, Transactions and business made few months before late Governor Agagu, was ousted by the court of Law was never honoured by Olusegun mimiko, and Olusegun Mimiko's were never honoured by Arakunrin Akeredolu himself.

In Ekiti State, Six months before the expiration of Governor Ayodele Fayose's administration, he employed many people into the civil service and even back dated the appointment letters.

I was given the forms but I declined because I already knew what will be the outcome if his anointed candidate lost. And you know what? His candidate Olusola Eleka lost and the incumbent Governor, John kayode Fayemi did not hesitate to terminate the appointments of those employed by his predecessor citing that Due process was not followed in employing them.

The affected individuals pleaded and seek the services of prominent Ekiti people to help beg Mr. Governor but all was in vain.

Now the same scenario is about playing out in ondo state. Kangaroo and unnecessary appointments are being made just like the Ondo Youth Parliament inaugurated some weeks back. Of what importance is the OYP? Just a political machinery.

If there is one thing that is lacking in Nigeria politics, it is continuity. Successive government hardly respect their predecessors. Reason there are so many abandoned projects in Nigeria. I am not Discouraging those who wanted to take the forms but they should not rely on it because no reasonable Government will employ workers when its chance of getting re election is 50/50 and no sane Government will accept overlap projects from former Governments. This is a Greek gift and the unsuspecting victims should beware to avoid being used as a political goal.

Content created and supplied by: ApostleAdebomi (via Opera News )