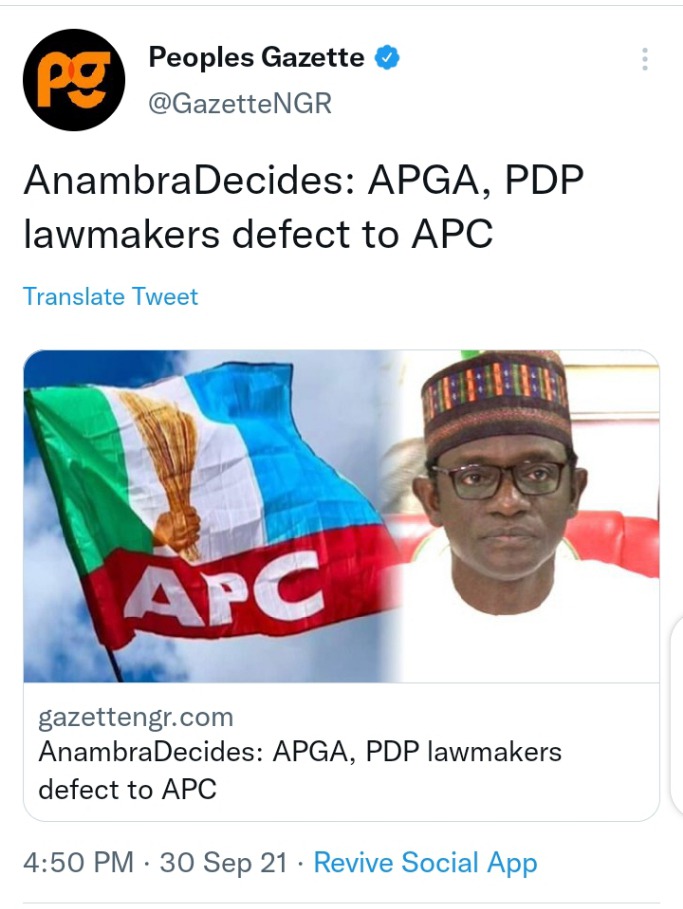 According to a press statement issued by the party's spokesman Amman Mohammed on Thursday, they were received by interim APC national chairman Mai Mala Buni.

Mr Mohammed stated that the decampees include five serving and four former House of Representatives members, and two Anambra House of Assembly members.

He said that Mr Buni, who is also the governor of Yobe, congratulated the new members, saying they made the right decision by joining the APC and bringing their people to the national movement. 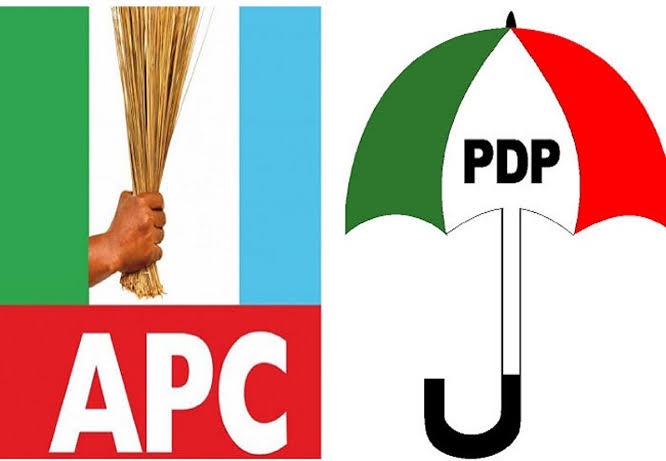 The Peoples Democratic Party (PDP), Nigeria's main opposition party, has zoned the position of national chairman of the party to the north. 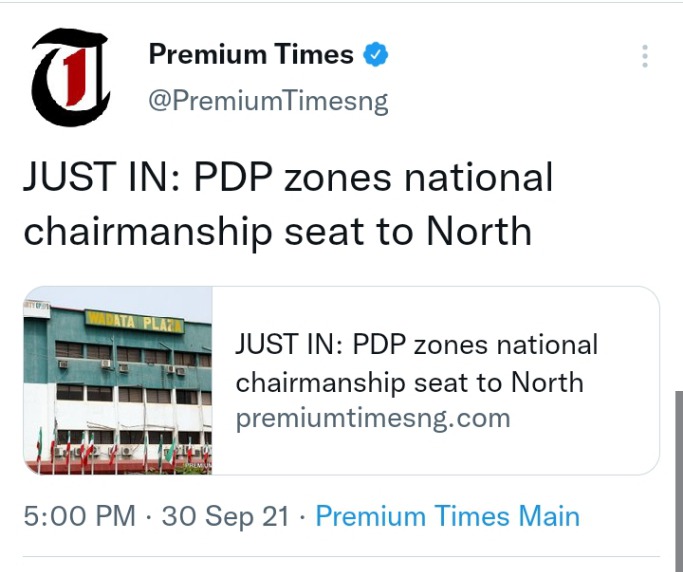 Ifeanyi Ugwuanyi, Governor of Enugu State and Chairman of the party's Zoning Committee, made the announcement on Thursday following the committee's meeting in Enugu.

Other positions on the National Working Committee (NWC) will be swapped between the north and south, according to Mr Ugwuanyi.

I was pressurized by politicians to stay in office ― General Abubakar

Former Head of State General Abdulsalami Abubakar has stated that his 22-year transition to civilian rule would have been shortened if he had succumbed to pressure from some Nigerians, particularly politicians, who pressed him to extend his stay in office. 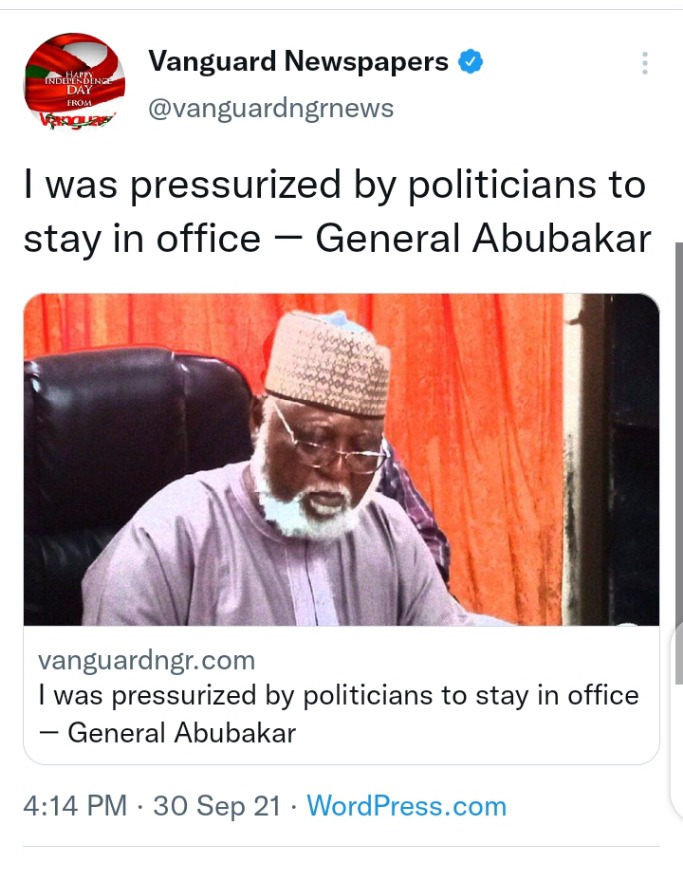 General Abubakar, who took over from the interim government led by Chief Earnest Shonekan, promised to hand over power to a democratically elected civilian government after nine months, which he did.

Responding to questions from journalists at his uphill residence in Minna, Niger state, the former Head of State stated that there was no pressure from any quarters to hand over power to civilians, but rather that pressures were mounted on him to extend his stay in office.

The Defence Headquarters on Thursday said over 394 armed bandits and 85 Boko Haram and Islamic terrorists were killed by troops in their various theatres of operations in the last three weeks. 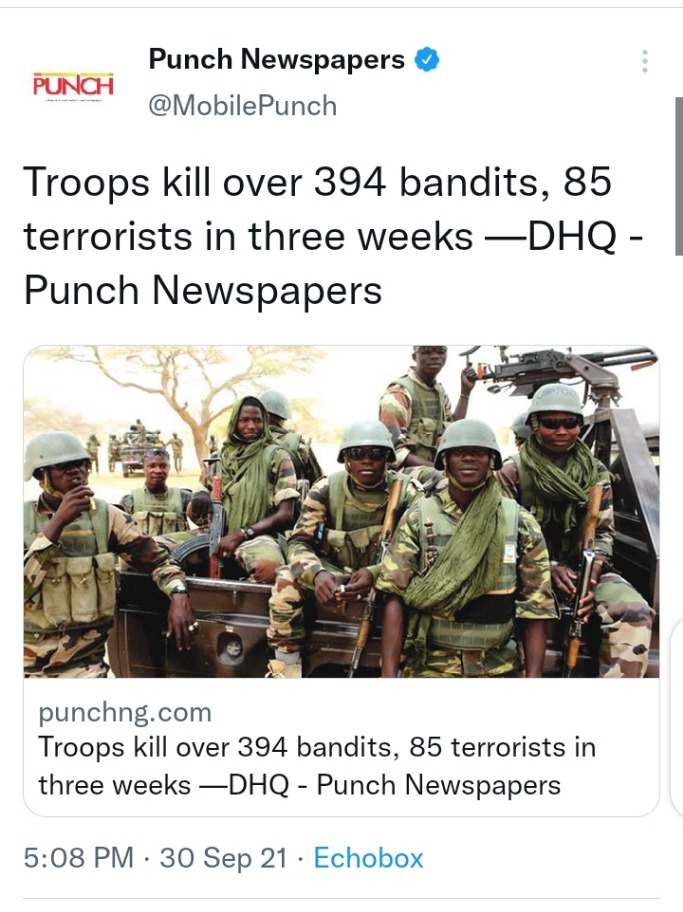 It said while the terrorists were neutralised in Borno communities, the bandits were killed in Zamfara, Kaduna, Kano and Taraba states.

Brigadier General Bernard Onyeuko, acting Director, Defence Media Organisation, disclosed these during a media briefing on troop activities between September 2 and 30 at the Defence Headquarters in Abuja.

He said 105 terrorists and bandits, their collaborators and suspected kidnappers were arrested.

Onyeuko disclosed that several assorted weapons were recovered from the terrorists and bandits within the period.