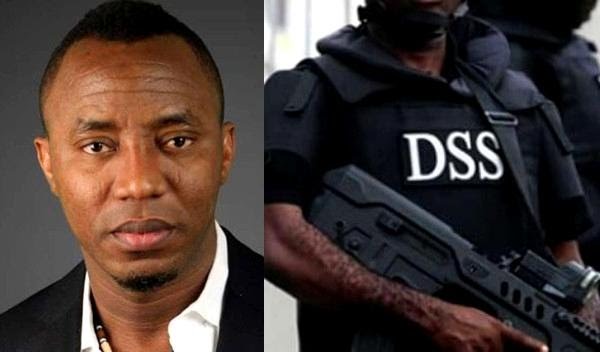 Omoyele Sowore, a well-known campaigner for the ouster of President Buhari, has said that the DSS has barred a lawyer from seeing the five people arrested for wearing the #BuhariMustGo Tshirts during the Church Service.

In a statement, Sowore said the DSS had barred the lawyers representing the detainees from hearing their statements.

Mr. Omoyele added that Barrister Inibehe Effiong was denied access to those arrested in Abuja.

According to Sowore; "Lawless Muhammadu Buhari's DSS has denied lawyer to 5 activists arrested at Dunamis International Gospel Center for wearing #BuhariMustGo Tshirts access to visit them. Barr. Inibehe Effiong was denied access to them in Abuja. # FreeDunamis5 #BuhariMustGo" 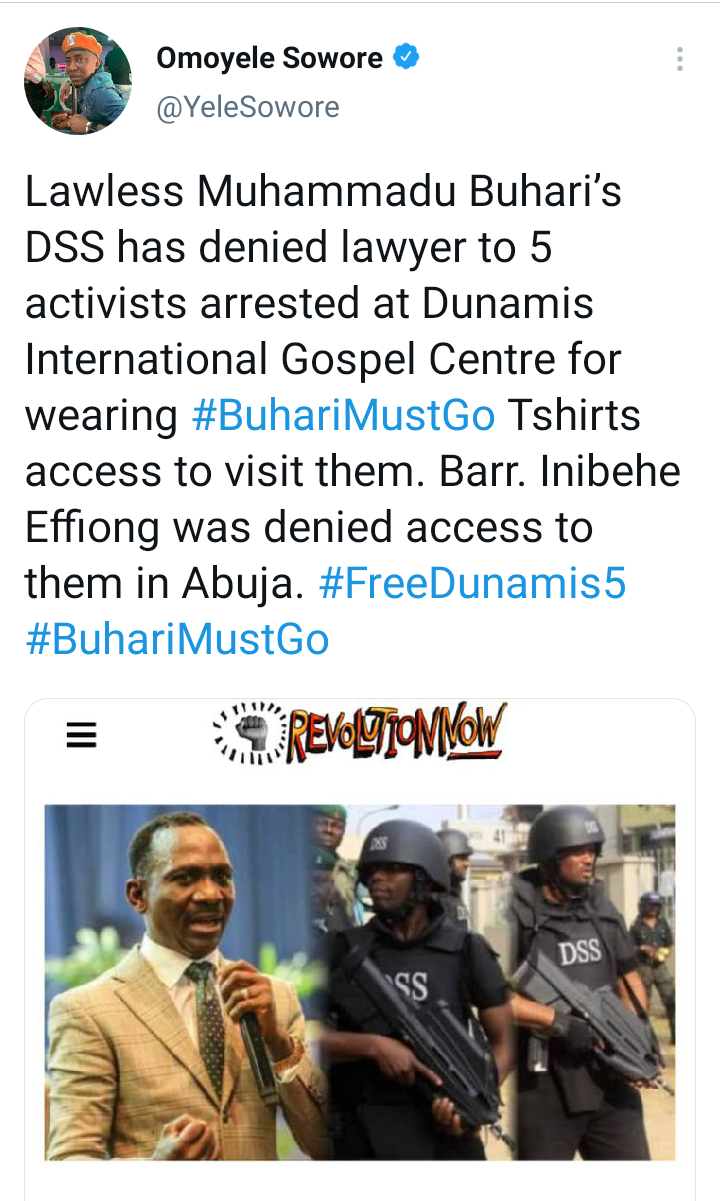 Shortly after the arrests, it was reported that they had been handed over to the DSS for prosecution.

However, the DSS has denied the allegations.