By INNONEWS (self meida writer) | 1 months 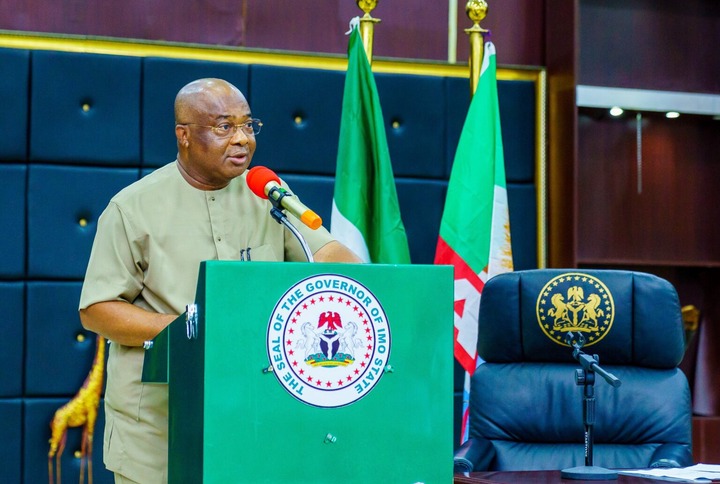 The Ohaneze Youth Council, has commended Governor Hope Uzodimma on his achievements in office in the past one year, but strongly advised him to redeem the image of the people of Orlu, but not towing the path of former Governor of the State and Senator Representing Orlu zone, Rochas Okorocha

National President of the Council, Comrade Igboayaka. O. Igboayaka, in a statement in Owerri, however commended Uzodimma for his good beginning as Governor in the past one year.

He enjoined the Governor not to derail from the track he has set for himself.

“Hope Uzodinma has disappointed many people who thought he was coming to turn Douglas House into a Jamboree, but Hope Uzodimma is quite administratively as the governor of Imo State

“For the past eight years Imo was known as the most substandard State in Nigeria in terms of road construction, but it’s evidently clear that Uzodimma has changed the narrative of the State.

“The case of caretaker Committee at the Local Governments is an abberation of the Constitution of Nigeria.

He called on the Governor to quickly conduct a credible local government election devoid of manipulation, noting that it would help the youths of the State to participate fully in the leadership formation at the grassroots

He called for the implementation of White paper of the Panel of Inquiry on Assets recovery, recalling that the Eze Duruiheoma led Panel of Inquiry recommended that N92bn should be recovered from former Governor Rochas Okorocha.

Checkout Photos Of One Of Mercedes-Benz Most Beautiful Creations, The Vision EQS Concept Car

Opinion: Men, Never Do These 3 Things If You Want Ladies To Chase You Around