Tragedy has hit Obinze community in Owerri West Local Government Area of Imo State after a windstorm swept through the community and killed two persons.

The storm destroyed three churches – Beyond Principalities and Powers Ministry; Redeemed and Prevaillers – a private nursery and primary school, shops and business centres.

Also destroyed by the rainstorm were about 35 electric poles and a brewery depot.

The development forced members of the church and residents to express shock, fear and worry.

It was reported that the incident, which happened around 2.00pm on Friday near the Mammi market at the 32 Artillery Brigade, Obinze, along the Obinze-Umuokanne road, injured several persons.

One of the persons who died in the incident, was said to have gone into the business outlet to take shelter during the rain. 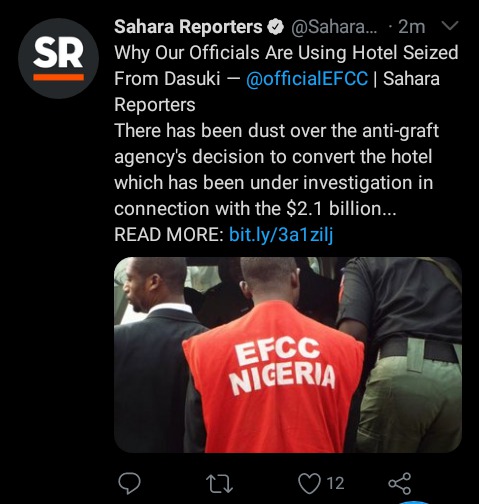 There has been dust over the anti-graft agency's decision to convert the hotel which has been under investigation in connection with the $2.1 billion arms scandal involving the former NSA to a temporary home for some of its cadets and officials.

The EFCC zonal Reps, Abdullahi revealed that he also benefited from the use of the facility when he was newly transferred to Kaduna.

He also dismissed a claim by a group known as Badarawa Concerned Youths that the “facilities in the premises, including television sets in the rooms, have disappeared into thin air".

According to him, the EFCC has done a lot of maintenance work to ensure the hotel did not fall apart.

Mr Abdullahi said the commission had taken inventory of all items in the hotel with pictures to show the state of the facility when it was temporarily forfeited to it. 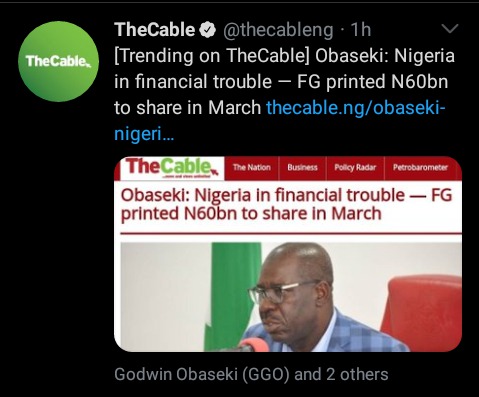 Speaking at the Edo state transition committee stakeholders engagement on Thursday, the governor said the economy is no longer what it used to be.

According to the National Bureau of Statistics (NBS), Nigeria’s total public debt stock as of the third quarter of 2020 (Q3 2020) rose by N6.01 trillion within a year.

Obaseki said the rising debt profile is worrisome as dependence on crude oil is no longer sustainable.

“Nigeria has changed. The economy of Nigeria is not the same again whether we like it or not. Since the civil war, we have been managing, saying money is not our problem as long as we are pumping crude oil everyday,” he said.

He expressed worry that the country has continued to borrow despite unclear means of refunding payments.

The governor said the government must live up to its social contract with citizens. 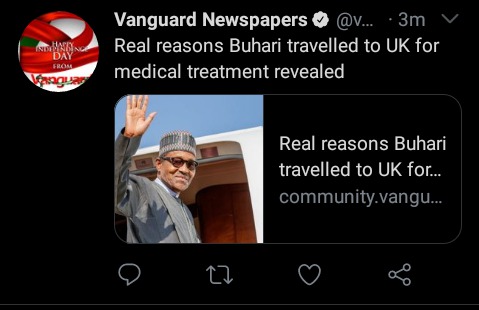 Accroding to the Nigeria’s Labour and Employment Minister, Dr Chris Ngige, President Buhari went to the UK for medical treatment to enable him seek a second opinion on his health.

According to report, Mr Ngige stated that it was President Buhari’s right to seek medical treatment in London.

He added that overseas treatment is part of the perks of office of a sitting President, former presidents and some judges in the country.

Ngige stressed that the president’s medical trip to London has nothing to do with the sorry state of Nigerian hospitals.

He said: “Buhari has the right to travel for medical abroad for three reasons. Number one, you don’t constraint people on their choice of who will treat them for any ailment or who will be their doctor.

That is number one. You have a choice there.

“Buhari is the head of the government of Nigeria and he has a physician attached to him as per the office. And if he runs test or does any diagnosis with his physician, he has a right to what we call ‘Second Opinion’. 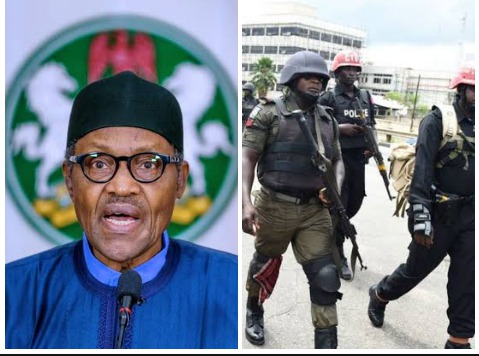 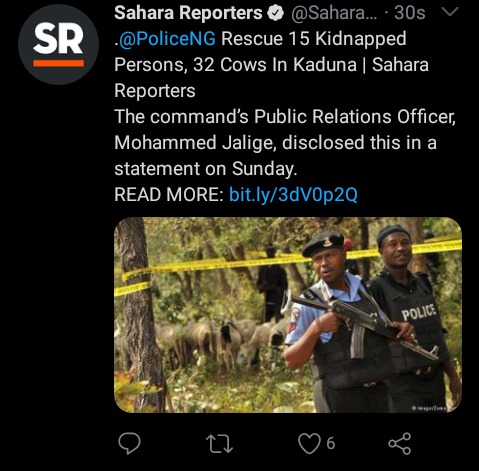 The police command in Kaduna State has rescued 15 kidnapped persons and recovered 32 cows.

The command’s Public Relations Officer, Mohammed Jalige, disclosed this in a statement on Sunday.

According to him, gunmen suspected to be bandits on Friday blocked Buruku Birnin Gwari Road around Unguwan Yako forest in an attempt to kidnap occupants of two Volkswagen saloon cars.

“A swift response by the operatives of the command forced the marauding bandits to retreat and flee into the forest with bullet wounds, abandoning their victims.

“The operatives, however, searched the entire area and successfully rescued 15 victims unhurt,” he said.

He said the drivers of the vehicles sustained varying degrees of injury and were receiving treatment.

Jalige said the remaining victims had been profiled and subsequently reunited with their respective families .

He said rigorous patrol and manhunt for the fleeing bandits were of topmost priority to the command.

He said on April 8, around 0500hours, the command received an intelligence report indicating that some bandits were sighted around Dutsin Gaya village in the Kajuru Local Government Area, moving large herds of cattle strongly suspected to have been rustled.