By Lazyyouths (self meida writer) | 2 days 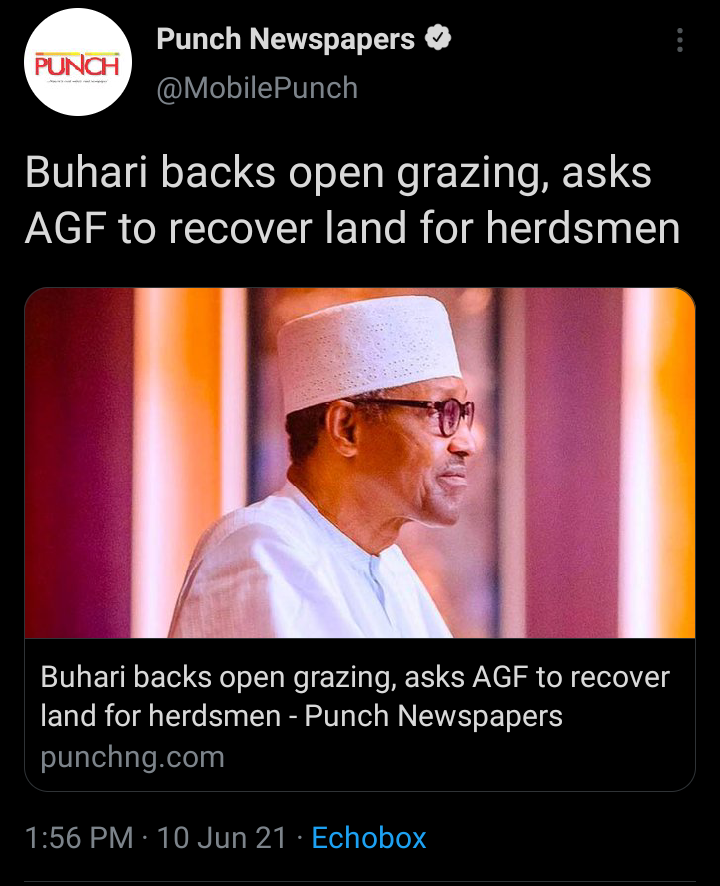 The President, Major General Muhammadu Buhari has given approval to the return of the open grazing practised during the 1st Republic where herdsmen used designated grazing routes to move their cattle to several parts of the country.

To this end, the President said he had asked the Attorney-General of the Federation, Abubakar Malami, to begin the process of recovering land from persons who have converted cattle grazing routes for their personal use.

Buhari Reveals His Next Plan After 2023 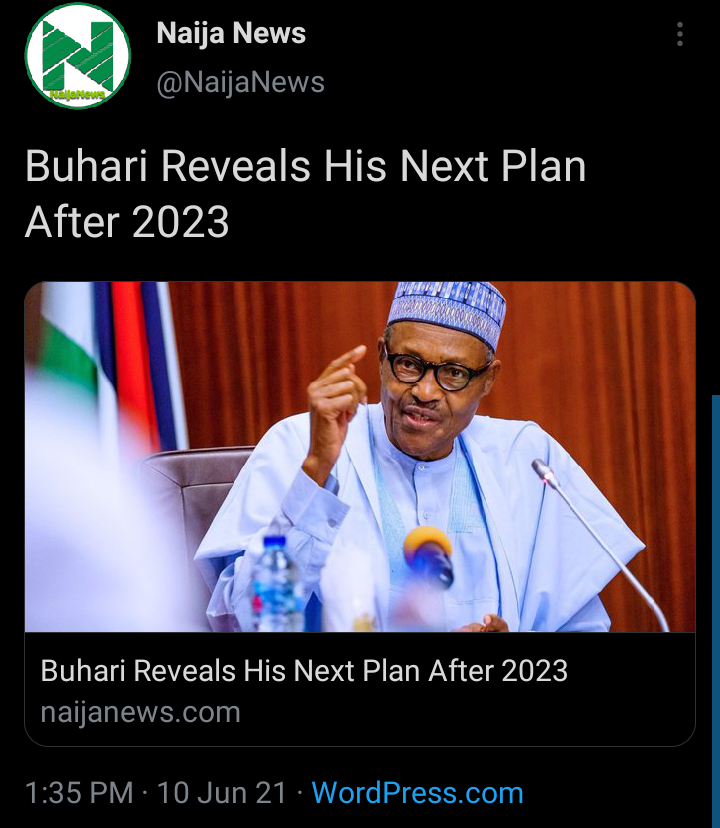 The Federal Government led by President Muhammadu Buhari on Thursday disclosed that he would convince Nigerians that he means well for the citizens.

According to the president during an interview on Arise TV said the Northwest, Southwest, Southeast needs progress.

President Buhari further stated that he would return to his farm at the end of his governance in 2023.

Meanwhile, the president has blamed Youth Unemployment And Poverty for the Boko Haram insurgency in the North.

the Nigerian leader believed that if the issues of unemployment and poverty are solved, the Boko Haram insurgency will be defeated. 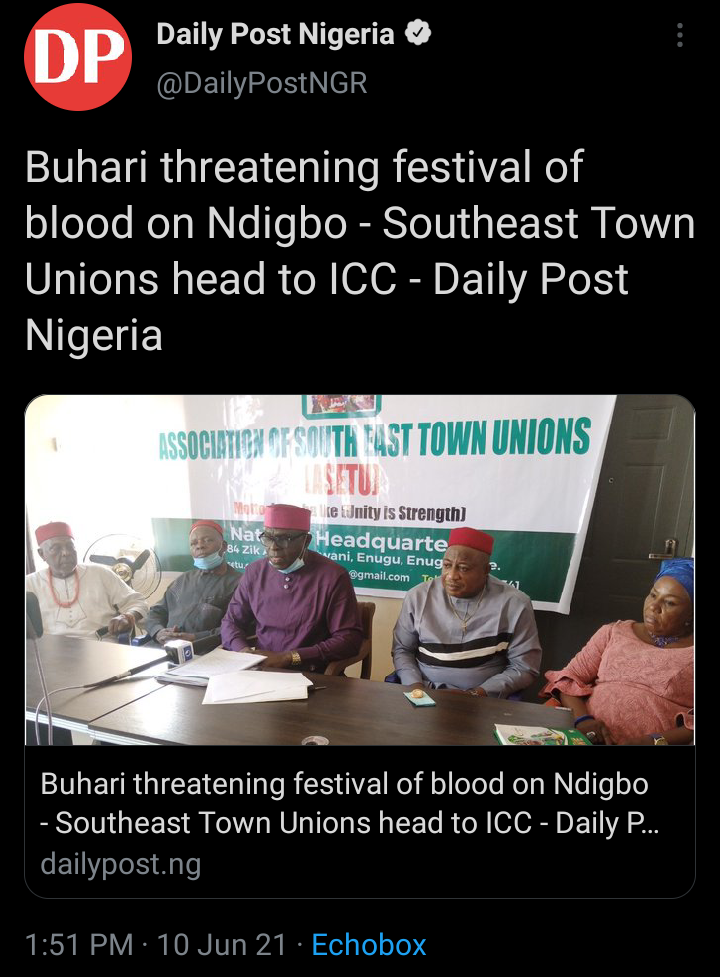 The Association of South-East Town Unions, (ASETU) has taken on President Muhammadu Buhari over his threat to visit the various agitators in the zone in the language they understand.

ASETU said the killings going on in the Southeast would not be swept under the carpet.

This is coming after Buhari said those causing disturbances in the Southeast were ignorant of the civil war and the lives lost.

Also on Thursday, President Buhari said the secessionists in the southeast had no where to go and that he would send the military after them.

Addressing journalists on Thursday shortly after the ASETU emergency meeting in Enugu, its National President, Chief Emeka Diwe re-echoed that security forces were committing all manner of human rights violations in the zone.

"Behave Well If You Want Jobs" - Buhari To Nigerian Youths 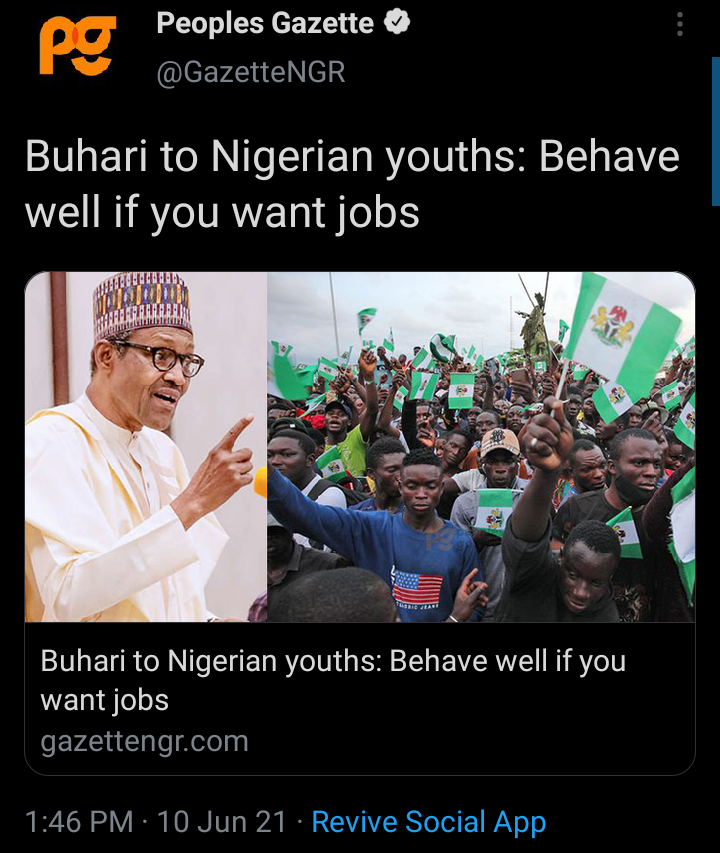 According to the National Bureau of Statistics, in the second quarter of 2020, almost 14 million of the country’s youngsters are unemployed.

Last December, the president of Africa’s most populous nation announced his plans to take 100 million Nigerians out of poverty.

However, in an interview with ARISE TV broadcasted on Thursday, Mr Buhari suggested that such a promise was conditional. 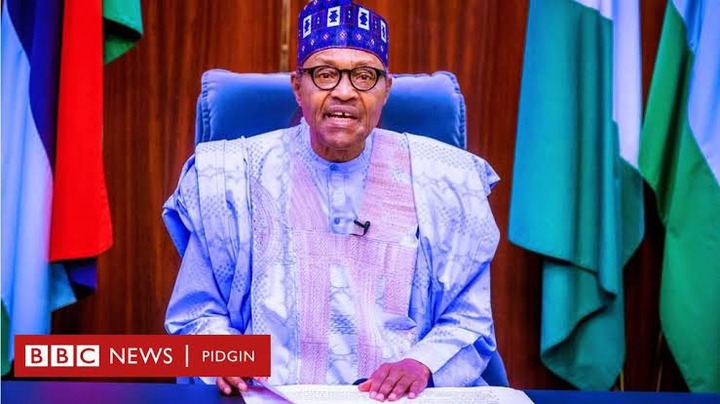 "I Want A Husband Not A Relationship"- Actress Marryann

Family Of Nollywood Actors: Meet Madam Saje’s Husband And Two Children Who Are Also Into Acting

Opinion: Why Bolanle Ninalowo And His Wife Should Be Named The Most Fashionable Couple In Nigeria