By Prechdaklins (self meida writer) | 9 days 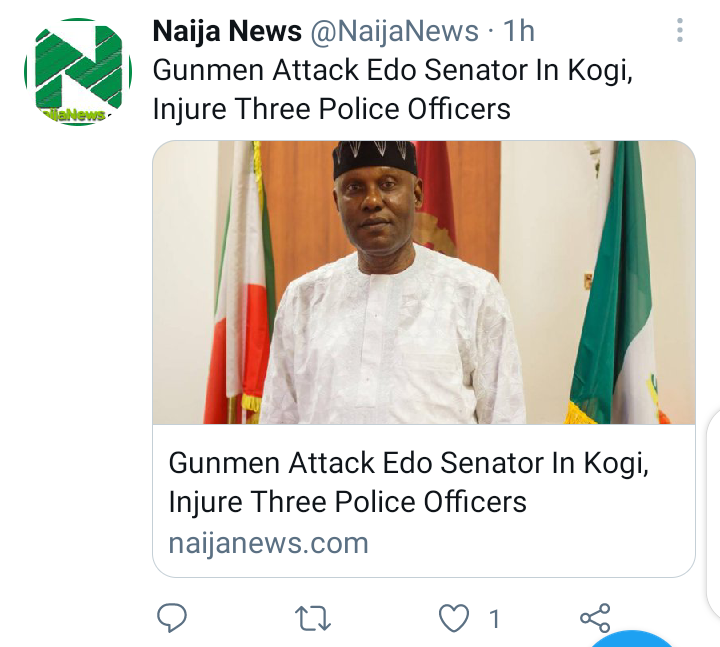 Senator Clifford Ordia, the lawmaker representing Edo central on Wednesday revealed how he was attacked by hoodlums along Okene-Lokoja road in Kogi state.

According to him, the gunmen opened fire on his convoy but thanks to the gallant Policemen with him, the attack was successfully repelled.

The Lawmaker who was returning back to Abuja from his hometown in Edo when he had the encounter, said he is seriously traumatised by the experience. 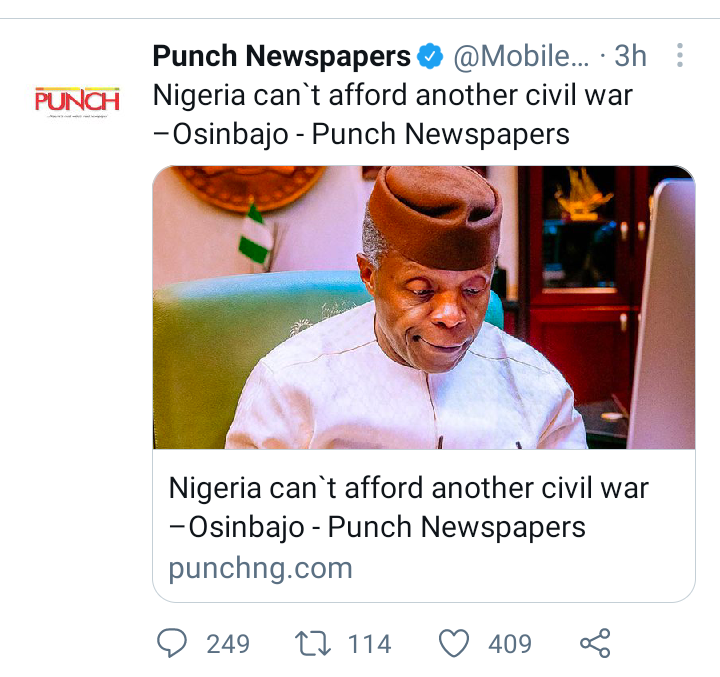 Vice President Yemi Osinbajo has revealed that Nigeria cannot afford another civil war because, it will not go well with the country.

While speaking after an interactive session with All Progressive Congress Anambra gubernatorial aspirants in Abuja, Osinbajo revealed that in developing parts of the world, conflicts like this is usually a war without ending.

According to him, those who think they have money stored somewhere will eventually run out of it. He noted that even if some group of people do not suffer from it, their parents, children or relations will suffer.

"Nigeria Is One Of Our Most Important Partners"- US. 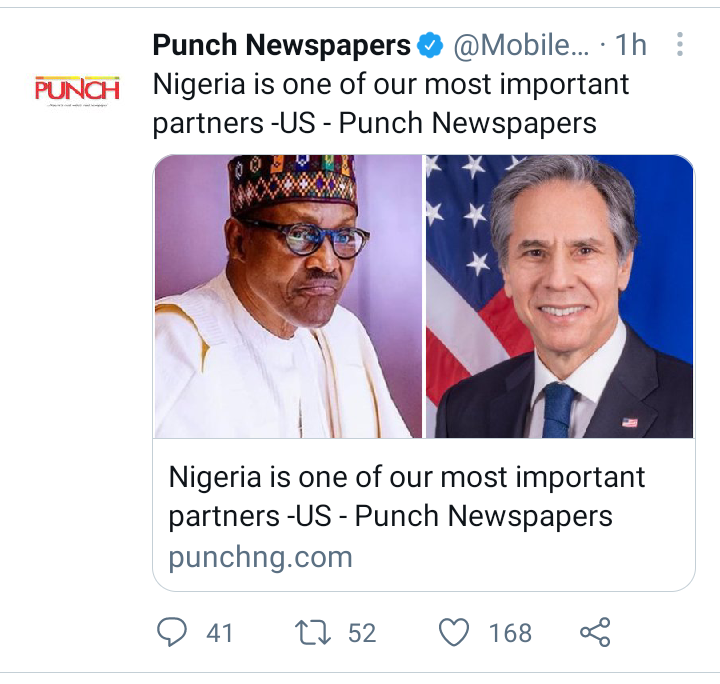 The United States of America on Tuesday, revealed that Nigeria is one of their most important partners. This disclosure was noted in a fact sheet released on Tuesday after the US Secretary of State, Anthony Blinken had a virtual meeting with President Muhammadu Buhari and foreign Minister, Geoffrey Onyeama.

According to the report obtained, the United States noted that Nigeria is the largest source of immigrants from Africa to the United States with more than 500,000 Nigerian-born American citizens and legal Residents in the US. 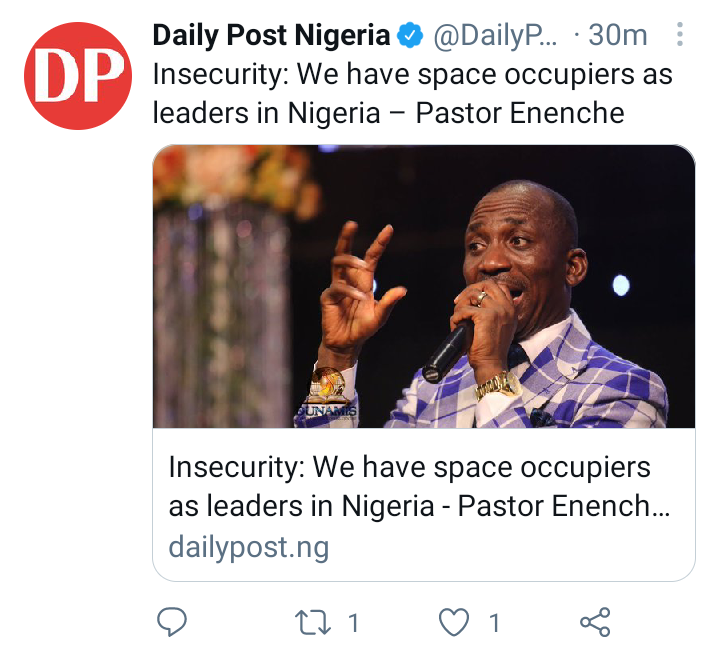 The founder and senior pastor of Dunamis church, on Wednesday criticised Nigerian Leaders over the growing rate of insecurity in the country.

The cleric who addressed our leaders as mere space occupiers with no leadership qualities said that to depend on them is to what until you are wasted.

Dr. Paul Enenche said if they know they can't rule, they should resign because, it is not by force to rule. He said our leaders are doing nothing but to oversee massive insecurity.

What do you have to say about this? Do you think Nigeria can survive another civil war?

What do you have to say about what Paul Enenche said about our leaders? 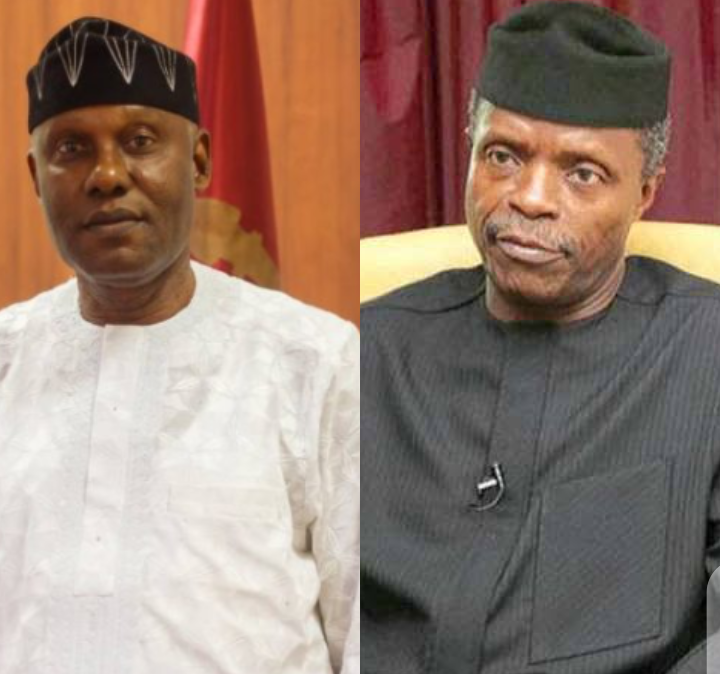 The EPL Table After Leicester City Lost 4-2 Against Newcastle

List of Players who have Scored A Perfect Hattrick in Premier League History.