By Hamzation (self media writer) | 2 months ago 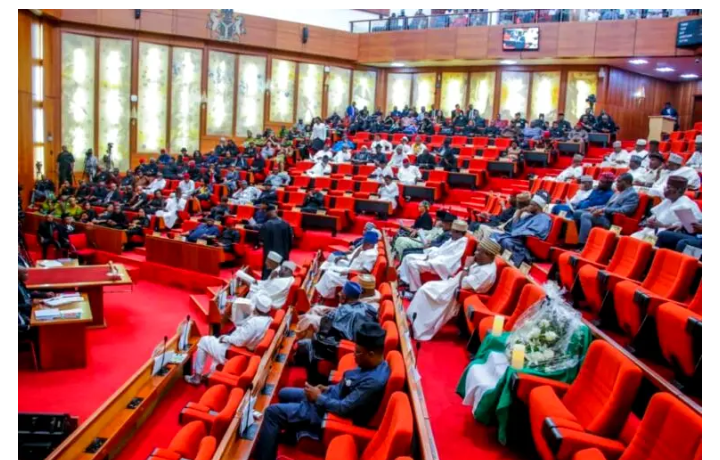 WORRIED by the recurring cases of insecurity with massive kidnapping, killings and wanton destruction of property by terrorists across the country, the Senate leadership is at the moment holding a Marathon meeting with all the Service Chiefs.

Prior to the closed door meeting, the President of the Senate, Senator Ahmad Ibrahim Lawan has told security chiefs that the level of insecurity was frightening.

According to vanguard,Lawan's comment was made against the backdrop of the terrorists' deadly siege of the Federal Capital Territory.

The Senate leadership requested the conference because security challenges have taken on a more worrying dimension.

"The current scenario is terrible since there is no longer anywhere to run or hide because the FCT, the seat of government, is now under attack," said Lawan.

"The economy and critical sectors, especially agriculture, have been hobbled by security fears," the author writes.

The Senate President stated that the situation had gotten so terrible that Nigeria was no longer a desirable destination for foreign direct investment when he mentioned the necessity for security personnel to investigate ungoverned areas in rural areas.

According to Lawan, who blamed the low national revenue on crude oil theft and added that shrinking revenue is a major cause for concern for Nigerians, it is expected that the security situation will start to drastically and immediately improve.

Gen. Lucky Irabor, the Chief of Defence Staff, remarked that a lot has transpired and more is being done to enhance the security situation in the nation. He also noted that concerns of national security must be viewed from a communal viewpoint.