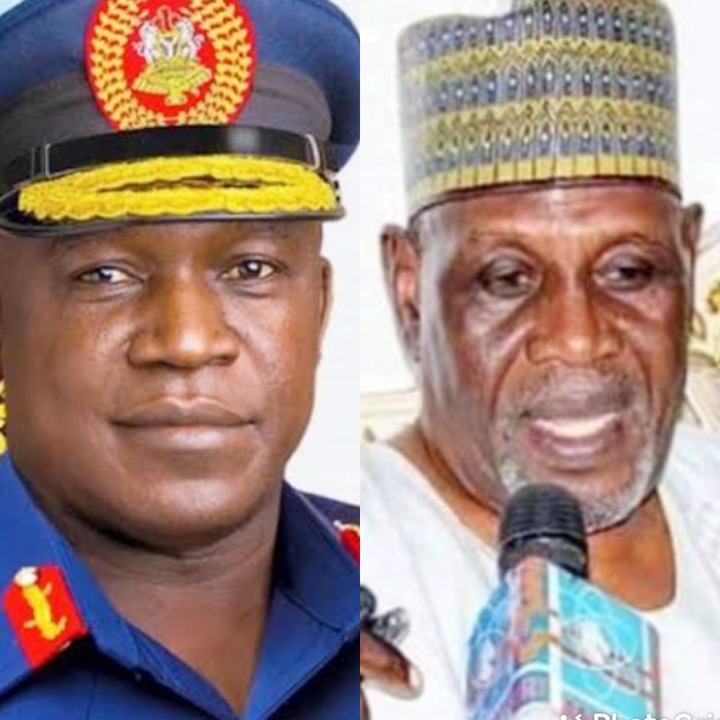 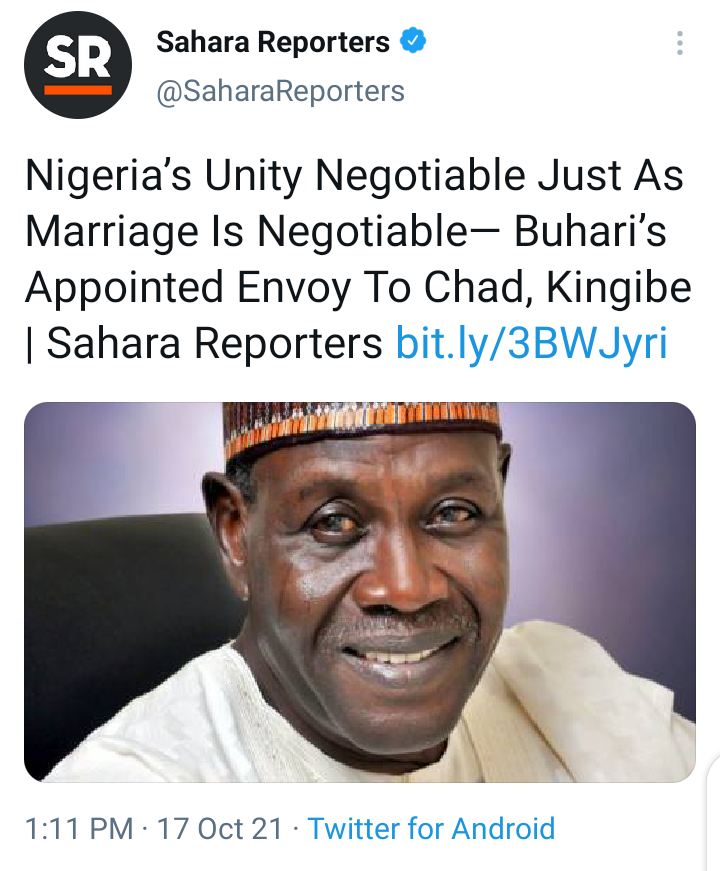 Nigeria’s envoy to Chad and the Lake Chad basin region, Ambassador Babagana Kingibe has said the unity of the country is negotiable.

He stated this during The Sun Newspapers 2020 Awards in Lagos, on Saturday.

﻿The former Secretary to the Government of the Federation (SGF), said even th ite union between a husband and wife is negotiable.

He, however, informed separatist agitators that the land they reside in would not be carved out and taken to anywhere else if the country breaks up. 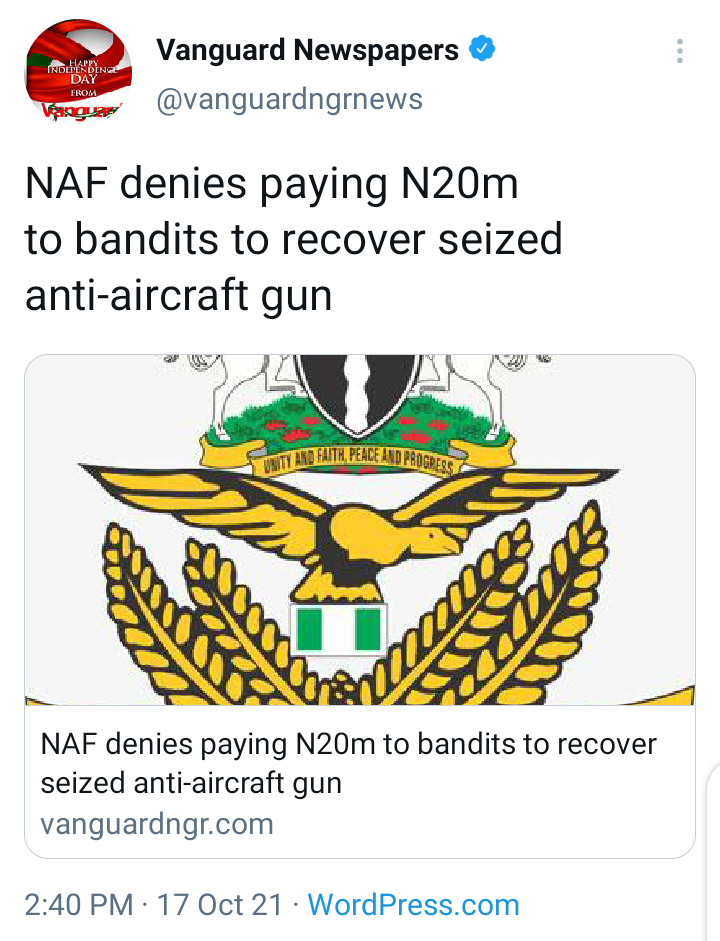 Authorities of the Nigerian Airforce on Sunday debunked allegations that the NAF paid the dum of #20million to bandits operating in Jibia, Katsina State with a view to recovering an anti-aircraft gun from the bandits to prevent its use in bringing down fighter aircraft.

A statement by Air Commodore Edward Gabkwet, Director of NAF Public Relations and Information titled ‘NAF Did Not Make Any Payment To Bandits In Exchange For Weapons’ made this known.

It said, “The attention of the Nigerian Air Force (NAF) has been drawn to news reports circulating on some media platforms alleging that the NAF, through one of its personnel, paid the sum of N20 Million to armed bandits operating in Jibia Local Government Area (LGA) of Katsina State in exchange for an anti-aircraft gun allegedly seized. 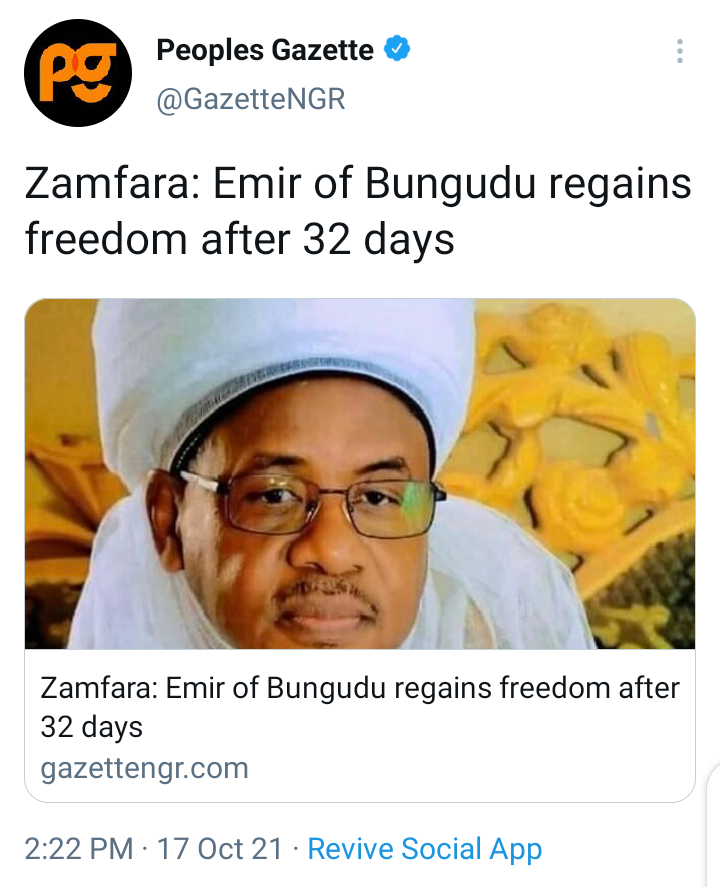 he Emir of Bungudu, Hassan Attahiru, Sarkin Fulani Bungudu, Zamfara state, has regained his freedom after 32 days of captivity in the hands of kidnappers.

The Magaji Rafin Bugudu, Abubakar Sahabi, disclosed on Sunday while thanking everyone for their prayers and support during the trying period.

Mr Sahabi commended the efforts of the Zamfara and Kaduna state governments for their tireless effort in securing the safe release of the emir.

He added that although the emir was still in a hospital in Kaduna for a medical check-up before returning home, they were comfortable with his health condition.