Nigeria Police is set to employ 60,000 police personnel in six years; 10,000 each year, to tackle the prevalent shortage of manpower. 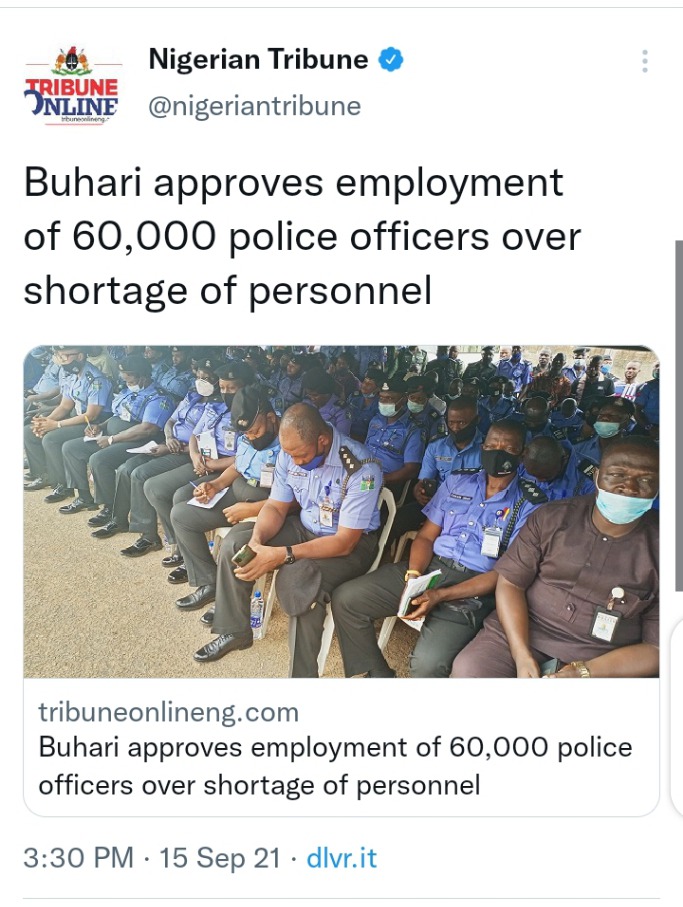 The Inspector General of Police (IGP), Usman Alkali Baba, told journalists in Ilorin on Wednesday during a one-day visit to Kwara State that the recruitment of more police personnel was supposed to have begun last year.

The IGP then stated that a total of 20,000 police personnel would be employed this year across the country's 774 local government areas in order to make up for planned employment that did not occur last year.

“President Muhammadu Buhari has given approval for us to recruit 10,000 police personnel every year for six years. We have started but we have not done it for 2020. So, we are doing for 2020 and 2021 between now and the end of the year. Their training is for six months. Latest by the end of 2021 our strength is expected to increase by 20,000”, he said. 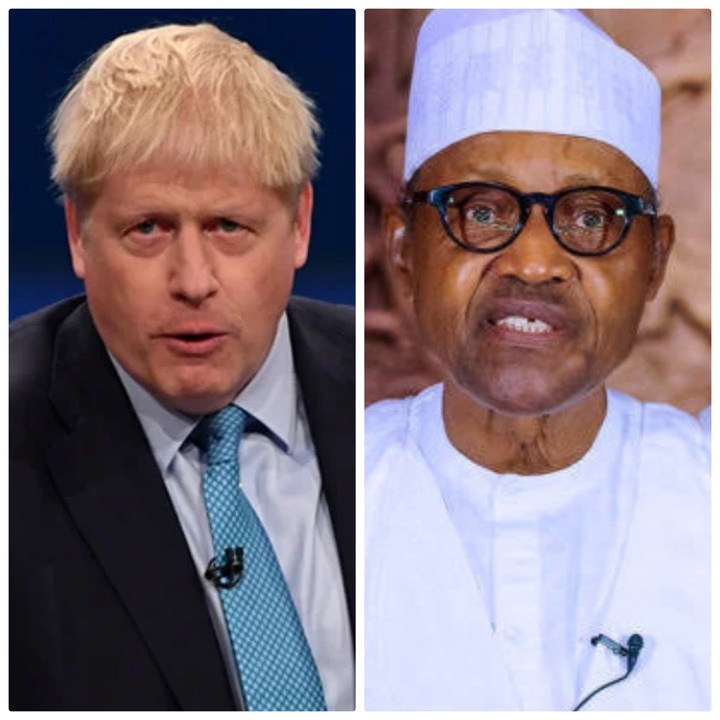 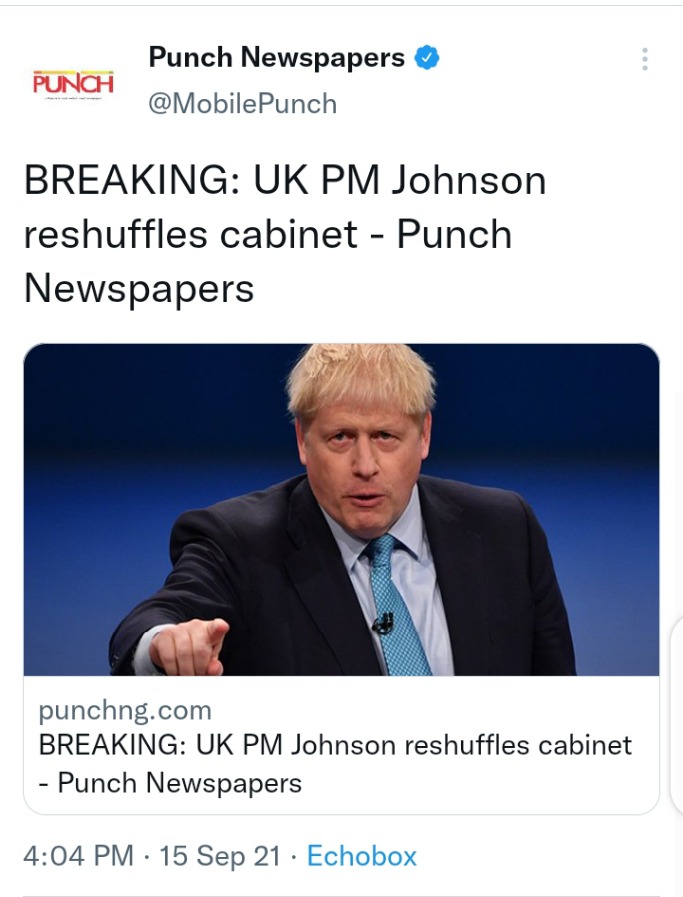 Meanwhile, the finance minister retains her role in the cabinet reshuffle.

The Speaker of the House of Representatives, Femi Gbajabiamila has likened separatist groups in the southern part of the country to the insurgents in the northeast; Boko-Haram and ISWAP. 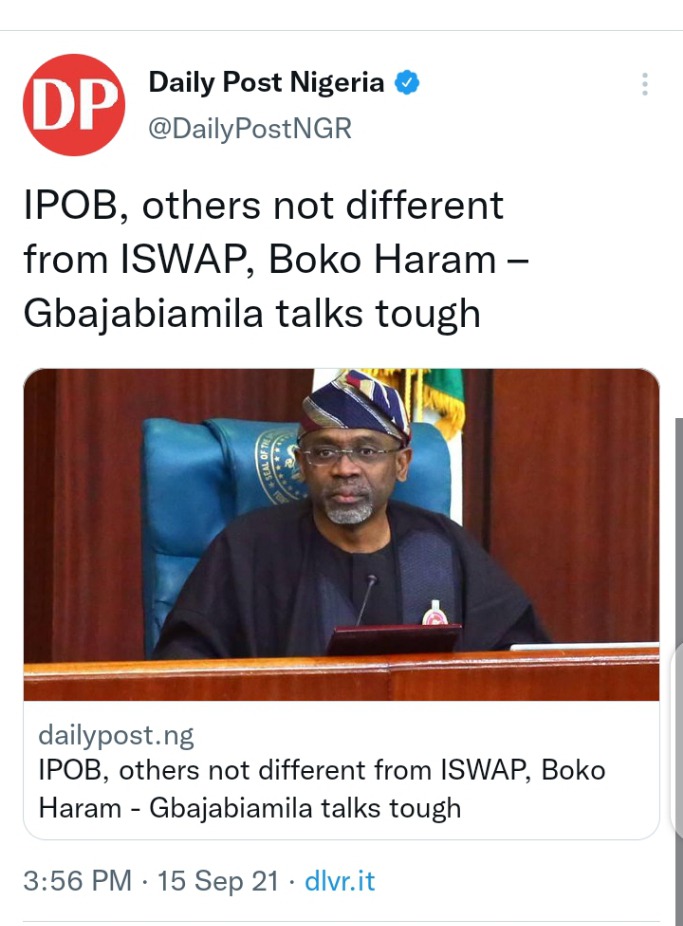 Mr Gbajabiamila said miscreants disguising as separatist groups have a low tolerance for dissenting opinions or views, thereby, making them similar to the bloodthirsty groups in the northeast.

He stated that the government should include all separatists in the South on its list of concerns.

According to the Speaker, “In the South of Nigeria, East and West, miscreants and criminals masquerading as separationist activists have emerged to wreak havoc, take lives and commit economic sabotage against fellow Nigerians and against the state.”

Adding that, “their refusal to engage in debate, or to consider the possibility of dissenting opinions and alternative viewpoints, are no different from Boko Haram and ISWAP.”

The Kaduna State House of Assembly impeached its Majority Leader, Hon. Mohammed Inuwa, popularly known as "Mabo," who represents the Doka/Gabasawa constituency in the Assembly, on Wednesday. 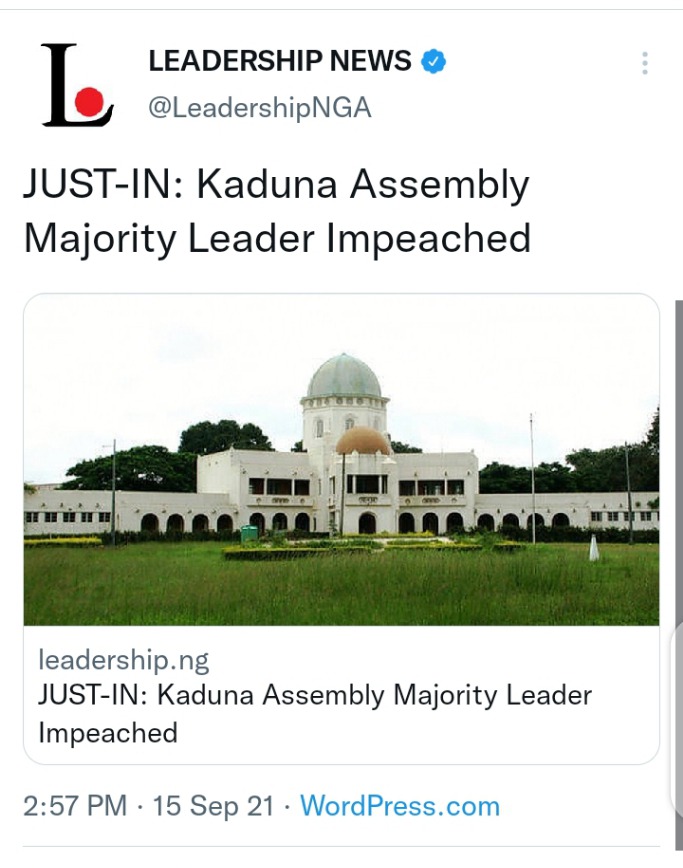 The decision came after a vote of no confidence in him was passed by the majority members of the ruling All Progressives Congress (APC).

The majority leader's impeachment notice was signed by 17 members of the ruling party.

Speaking to Assembly correspondents shortly after the plenary, Hon. Tanimu Musa (Kachia Constituency), chairman of the House Committee on Information, said it was the House's decision to impeach Inuwa, so the House passed a vote of no confidence in him.

The Federal Government has once again assured Nigerians that all issues that led to the suspension of Twitter's operations will be resolved soon. 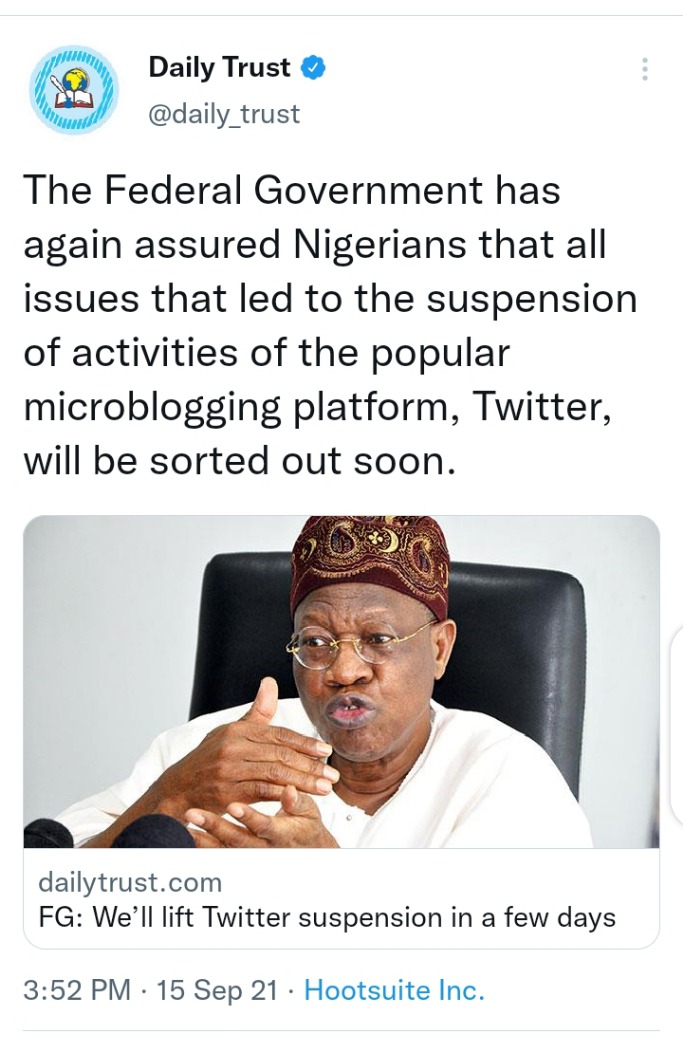 Lai Mohammed, Minister of Information and Culture, made the assurance while fielding questions from State House correspondents following the Federal Executive Council (FEC) meeting at the Presidential Villa in Abuja.

Mohammed, who declined to give a specific timeline on when the suspension would be lifted, said the ongoing discussions between government and Twitter had been “productive” and “respective”.