By Tnetwork (self media writer) | 10 days ago 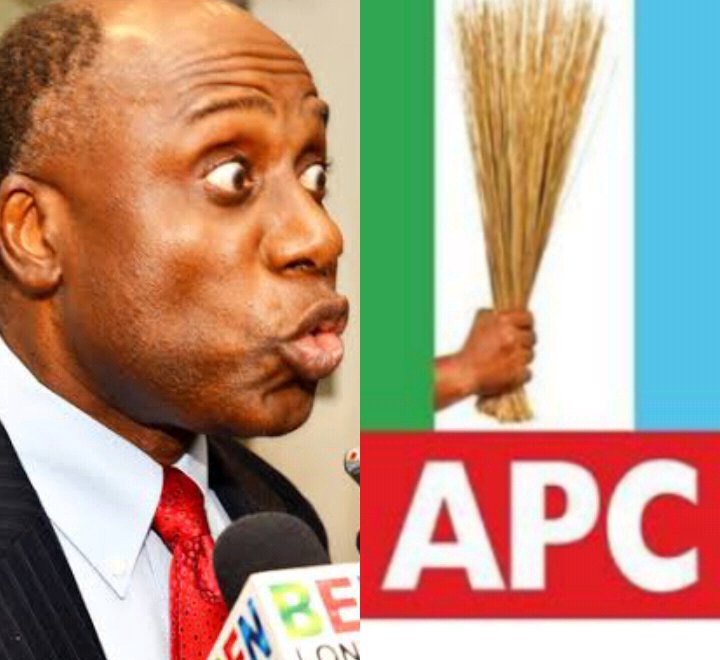 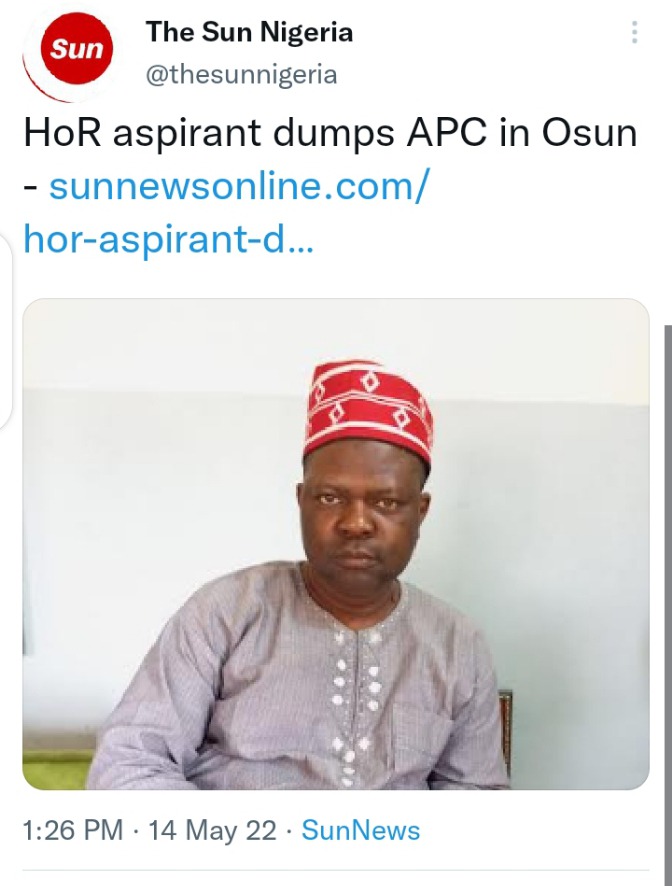 A member of the All Progressives Congress (APC) in Osun State contesting for Ede Federal Constituency, Muslihudeen Adekilekun Tijani, has defected to the New Nigerian Peoples Party (NNPP).

He said he decided to leave APC because of the refusal of the leadership to give a level playing ground to all aspirants as well as the imposition of candidates on political aspirants.

Speaking at a press conference in Ede, Saturday, he noted that he has shown intention to contest for the House of Representatives seat since 2011, alleging that “APC has never for once conducted a primary election to choose candidates as demanded by

the constitution of the Federal Republic of Nigeria. Instead, the party leaders prefer to impose their “anointed candidate” on others in the name of consensus.” 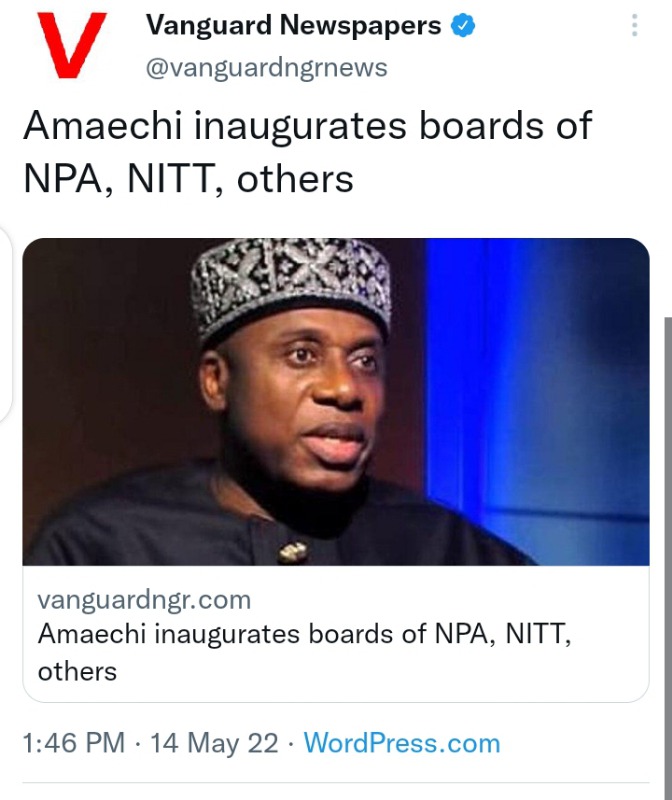 Minister of Transportation, Rotimi Amaechi, has inaugurated the governing boards of parastatals under the Federal Ministry of Transportation with the aim to restructure and reposition them to contribute to a robust and transparent economy.

Inaugurating the boards in Abuja, Amaechi, charged them to work in line with the policy directives of the President Muhammadu Buhari-led government aimed at assisting the parastatals achieve their mandates.

“You are also charged with the responsibilities of measuring performance against targets and introducing broad policy measures that will curtail deviations and ensure that the targets are achieved. It is expedient for you to note that the need to engender harmonious working relationship with the management of the various parastatals so as to achieve the objectives of government is paramount,” Ameachi said at the event. 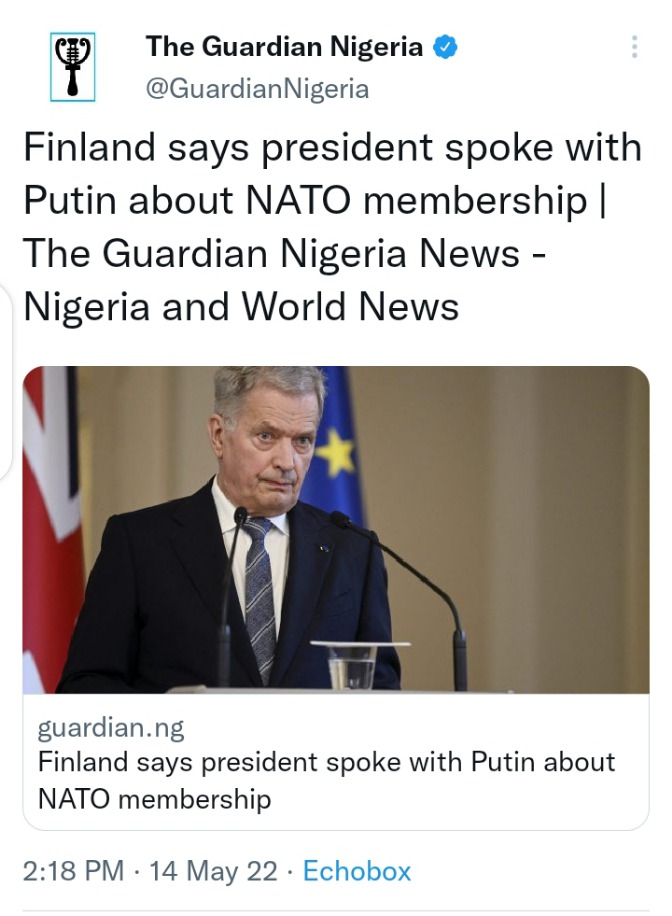 Finnish President Sauli Niinisto spoke with his Russian counterpart Vladimir Putin on Saturday regarding the Nordic country’s application for NATO membership, which is expected to be officially announced this weekend, his office said.

“The conversation was direct and straight-forward and it was conducted without aggravations. Avoiding tensions was considered important,” Niinisto was quoted as saying in a statement by his office.

“The phone call was initiated by Finland.”

Finland “wants to take care of the practical questions arising from being a neighbour of Russia in a correct and professional manner,” Niinisto said. 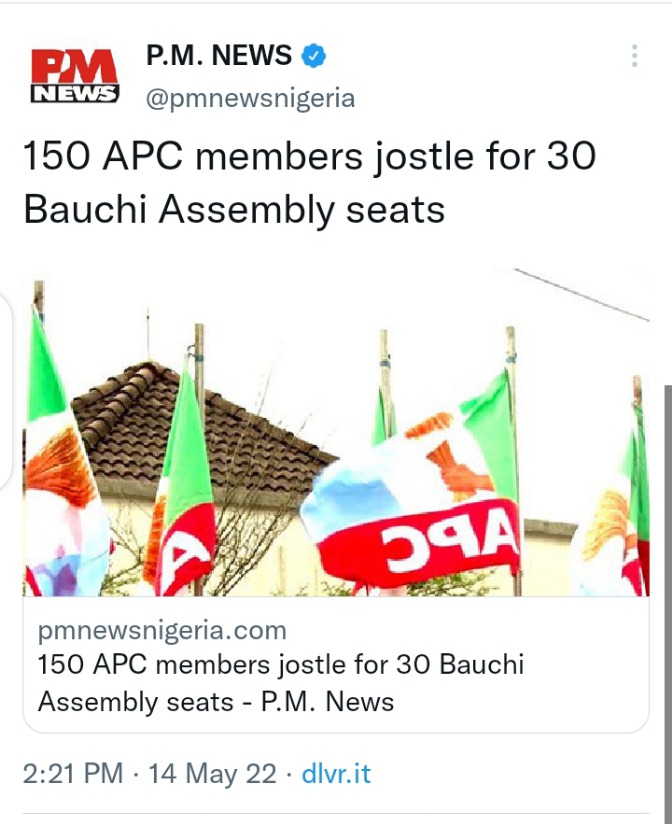 No fewer than 150 members of the All Progressives Congress (APC) in Bauchi have obtained forms to contest for 30 constituency seats in the party’s primaries for the State House of Assembly.

There are 30 constituencies across the 20 local government areas of the state.

Mr Abdulkadir Gyngyn, the party's Organising Secretary, told NAN in Bauchi on Saturday that the aspirants include legislators seeking re-election as well as those seeking the mandate for the first time.

He said the candidates included five females running for the Bogoro, Lere-Bula, and Duguri-Gwana constituencies, as well as one disabled person running for the Toro-Jama'a State Constituency. 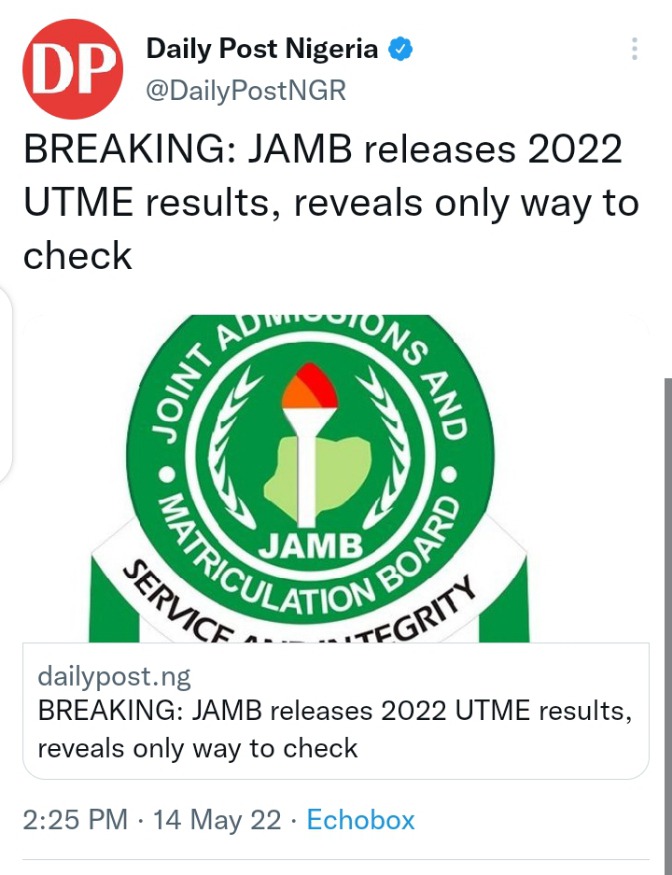 The results of the 2022 Unified Tertiary Matriculation Examination (UTME) have been released by the Joint Admissions and Matriculations Board (JAMB).

According to Fabian Benjamin, Head of Public Affairs and Protocol, to check results, candidates should "simply send a text message, UTMERESULT to 55019 using the same phone number that he/she had used for registration, and the result would be sent."

According to the statement, the Board has not uploaded results on its website for obvious reasons, saying the above process is the only way to check results for now.