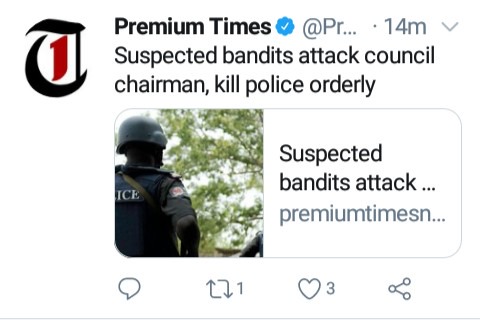 A police orderly attached to Shoban Tikari, Chairman of Takum local government council of Taraba, was on Saturday killed by suspected bandits who opened fire on the chairman’s vehicle in Dogo-Gawa village in Takum LGA.

The News Agency of Nigeria (NAN) reports that the deceased policeman was from the 67 Mobile Police Squadron, located in the area.

Mr Tikari, who confirmed the attack, said the militia, in their numbers, launched an attack on his motorcade while on his way to Takum, claiming the life of the deceased in the process. 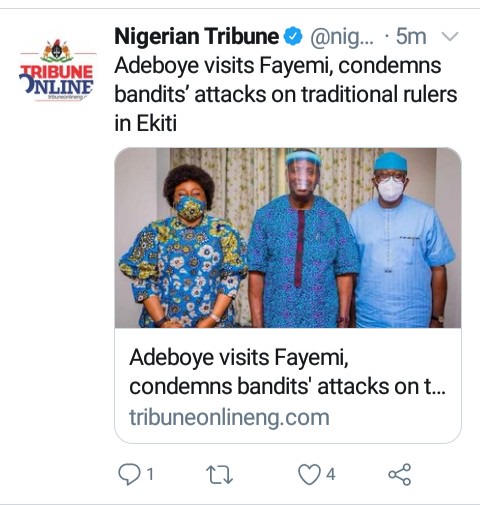 The General Overseer of the Redeemed Christian Church of God, Pastor Enoch Adejare Adeboye has condemned the recent attacks by bandits on traditional institutions in Ekiti State.

The cleric was speaking against the backdrop of separate attacks on two traditional rulers by gunmen in the state in the last ten days.

While the Elewu of Ewu-Ekiti, Oba Adetutu Ajayi was shot and escaped being kidnapped, the Obadu of Ilemeso-Ekiti , Oba David Oyewumi was abducted in his palace and whereabouts unknown as of press time.

Adeboye who spoke in Ado-Ekiti, the state capital on Saturday when he visited the state governor, Dr Kayode Fayemi, said traditional institutions in the state and beyond deserved respect because of the critical roles the institution play in the society. 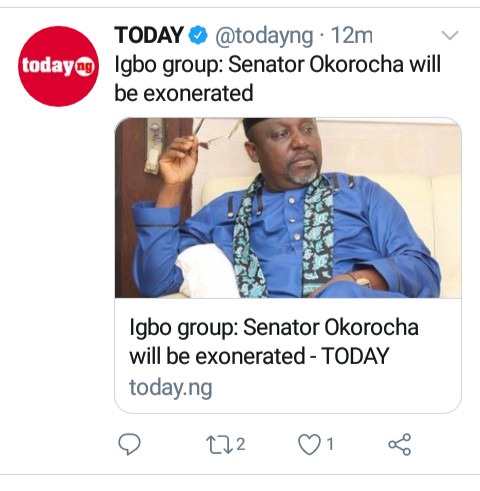 Igbo indigenes living in Abuja under the aegis of Igbo Brotherhood Community in Abuja, have lauded the prompt release of Senator Rochas Okorocha by the Economic and Financials Crimes Commission (EFCC).

The former Imo governor was arrested by the anti-graft agency but was granted bail 48 hours after.

In a statement signed by its spokesperson, Chief Chiadikaobi Uwaoma, the group, said they have implicit confidence that Okorocha will be exonerated eventually. 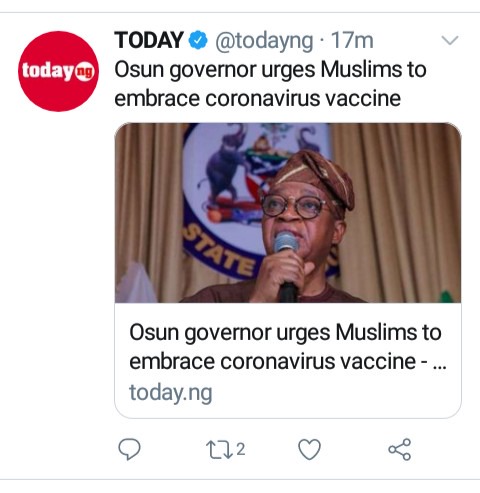 Gov. Ishaq Oyetola of Osun on Saturday urged Muslims to support government”s effort and embrace COVID-19 vaccination to curtail the spread of the life threatening virus.

Oyetola gave the advice at the Ansar-Ud-Deen Society, Abuja Branch 26th Annual Ramadan Lecture and special prayer for the nation, held at the society’s Central Mosque at Maitama District, in Abuja.

Newsmen report that the lecture has its theme: “Islamic Perspective on COVID-19 and Vaccination.”

Represented by his Deputy Chief of Staff, Abdullah Binuyo, the governor enjoined Muslims to unite and fight COVID-19 that was threatening the life that Almighty Allah has given them to uphold and cherish.

He noted that vaccination sustained life while coronavirus threatened it, saying that “as Muslims, we must rally round government to embrace vaccination so that we can live to fulfill Allah’s purpose for our lives.” 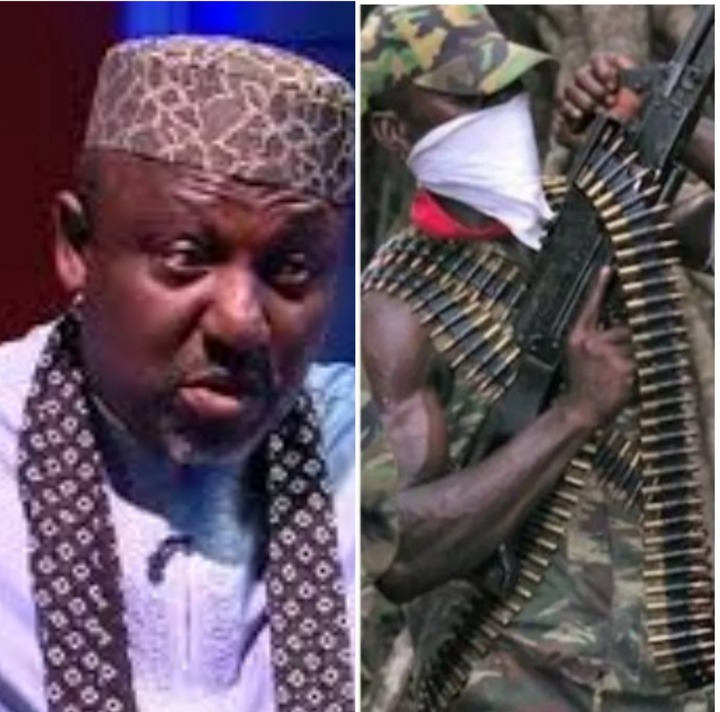