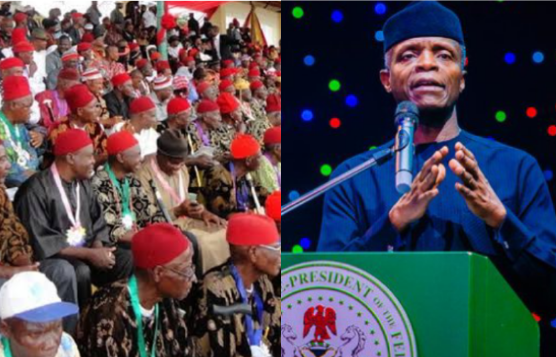 The apex Igbo social - cultural organisation, Ohanaeze Ndigbo, has described as ‘unfortunate’ the comment of the Chairman, Daar Communications Ltd, Raymond Dokpesi, who said that there is no candidate in the South East or in the entire South that can win the presidency in 2023 under the Peoples Democratic Party. 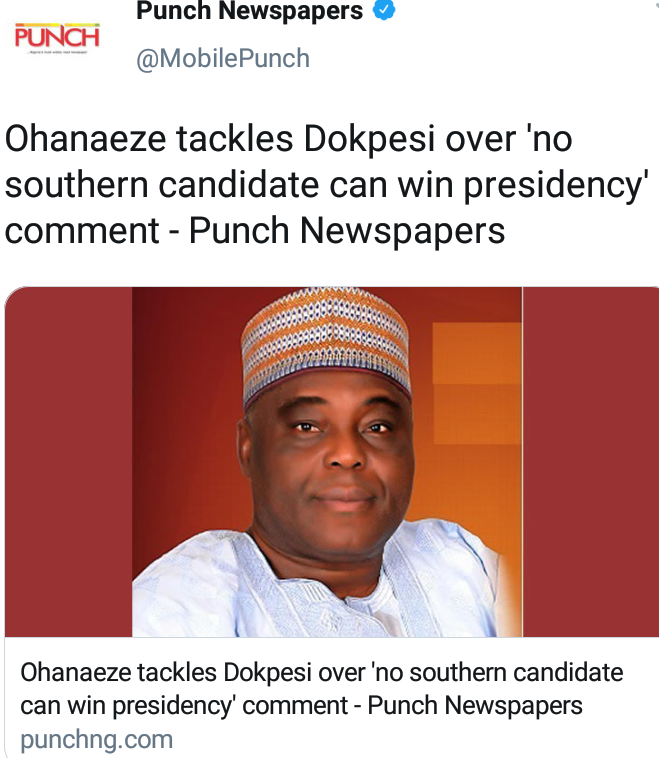 Dokpesi had, in an interview with the Daily Trust Newspaper on Saturday, October 9, 2021, stated that: “The South East cannot win the election for the PDP.

But Ohanaeze Ndigbo, in a statement on Tuesday signed by its National Publicity Secretary Alex Ogbonnia, titled, ‘Dokpesi Oscillates’, said the chairman of Daar Communications’ comments negated the position of the 17 southern governors that presidency should return to the South in 2023.

ABUJA – THE African Centre for Justice and Human Rights,ACJH, has expressed surprise at Monday’s call for further devaluation of the Naira by Vice President Yemi Osinbajo, saying the call was anti - people. 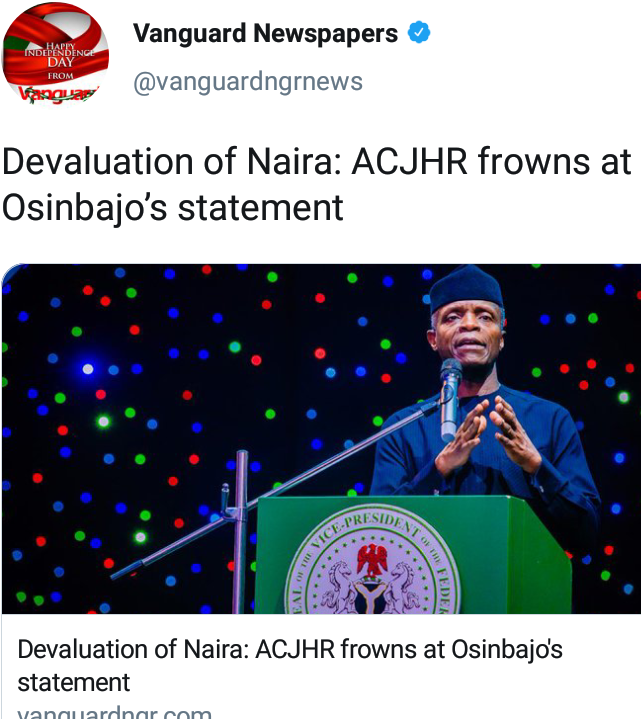 ACJH in a statement by its Deputy Head of Communications, lady Jasmine Akpeh, said “this call and attack on the nation’s exchange rate as a ploy to undermine the efforts of President Muhammadu Buhari.”

“That Vice President Osinbajo chose the ministerial retreat being attended by President Buhari and his cabinet members to launch this attack speaks volume of what he planned to achieve with it,” the group said.

The Senate on Tuesday commenced debate on the general principles of the 2022 budget.

President of the Senate, Ahmad Lawan, who presided over the session, said that the debate will be concluded on Wednesday. 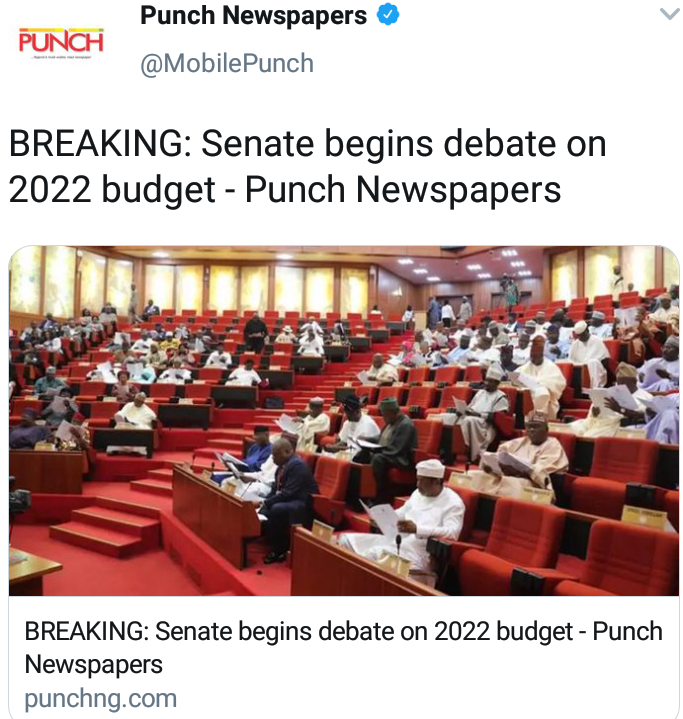 The President, Major General Muhammadu Buhari (retd.), had, last Thursday, submitted the 2022 Appropriation Bill to a joint sitting of the National Assembly.

The Organised Labour in Cross River State, on Tuesday, shut down public offices including schools and hospitals to press home its demands. 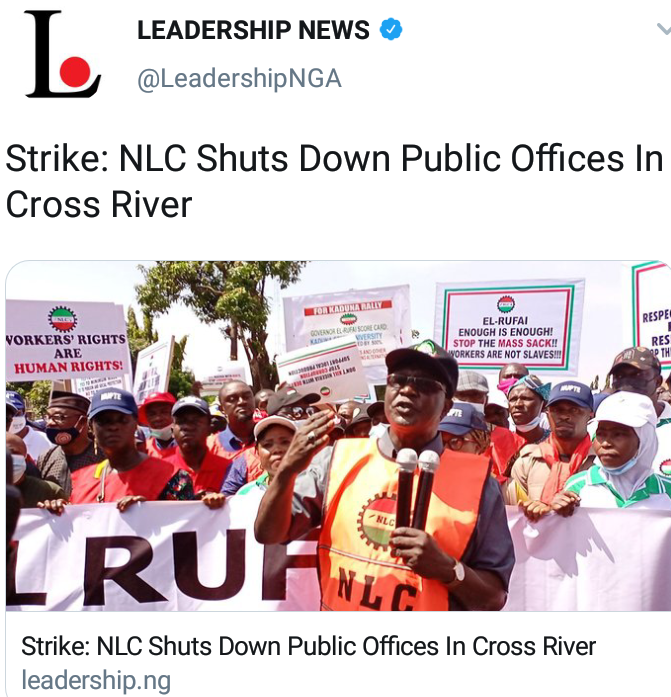 They said the action followed failure of the state government to heed to its numerous ultimatums issued over its list of demands.

A statement jointly signed by chairmen of the affiliate unions listed 14 issues in contention which included nonpayment of gratuities to retirees of both state and local governments for the past six years.