US SENATOR SUGGESTS THAT PRESIDENT BUHARI NO LONGER RESPECTS THE RULE OF LAW, THREATENS SANCTIONS

By Chosensomto (self media writer) | 2 years ago 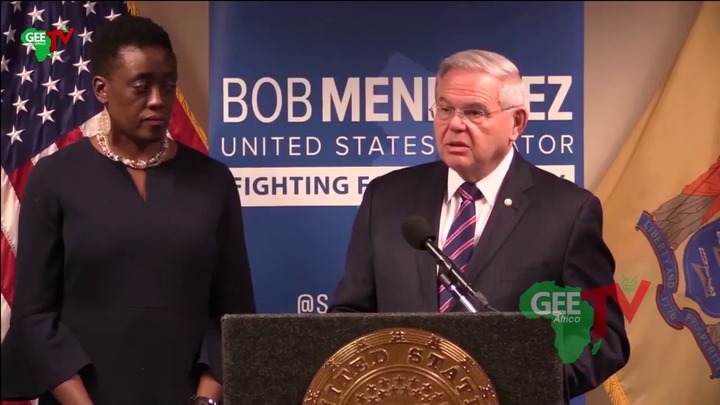 A serving United States Senator Bob Menendez, who recently condemned the proposed Anti-Social Media bill in Nigeria, has also delivered a strong press statement on the dramatic arrest of Omoyele Sowore; a United States based Nigerian Journalist, who was released on bail hours before he was rearrested.

Senator Menendez who is a high ranking member of US Senate's foreign relations committee, also threatened that the a review of Nigeria and United States diplomatic relations is imminent.

At the press briefing, the US senator suggested that "either the Buhari admin no longer respects the rule of law, or President Buhari is woefully out of touch with what security agencies are doing in his name."

Recall that Sowore has been in detention in Nigeria for 125 days, after he planned to organize a Nationwide protest against some of the things he said are wrong with the present Nigeria administration. He was later granted bail, and even then the DSS continued to detain him, defying the valid court order for his release, until the High court Judge; Justice Ijeoma Ojukwu who was visibly furious about the continued detention, gave the security agency, 24 hours to release him.

Omoyele Sowore was released same day of the ultimatum; December5,2019,  but was rearrested yesterday in a dramatic manner. Reports from various eyewitness sources in the media, claimed that the DSS stormed the court with weapons and took him away, while the Judge ran for safety.

However in the numerous videos seen online, no weapon was captured, but Sowore was visibly seen being strangled by persons suspected to be agents of the DSS. They were later seen driving off with Sowore in a very violent manner.

"This is unacceptable in a country that calls itself a democracy" says Senator Menendez in his statement.

"It is unacceptable to threat the husband and father of a US citizen with such cruelty."

The US senator also said his office contacted the ambassador in Nigeria to find out what actions the US government is taking on Sowore's family's behalf, and promised to continue to engage the US state department  to reassess United States diplomatic engagements with Nigeria because of this issue.

He called Omoyele Sowere's wife; Mrs. Sowore, to the podium to recount her experience .

She said she is "truly shaken to her core by what she witnessed this morning, to see her husband strangled and forcefully removed from the court room"

"How do i tell my children, who after 125 days, saw their dad for the first time, that he has been rearrested, and may not be coming home for Christmas?"

"My 10 year old has on his Christmas list, one of the things he wants is for his dad to be home for Christmas. what do i tell him when i get home?"

"I am truly afraid for his life, and i believe the only way to bring him home is with the help of the United States. But knowing that Sen. Menendez is supporting me gives me hope that my husband will be home soon."

When asked what made her afraid the most, she responded;  "I think what i heard is that in the history of Nigeria, the DSS had never gone into a court room with weapons, putting not only the life of my husband at risk, but also everyone else..."

As at the time of filing this report; 24 hours after this incident, President Buhari has not made any statement to support or condemn the Re-arrest of a citizen who has been granted bail by a competent court of law, and what many has described as the "desecration of the hallowed court of law".

Content created and supplied by: Chosensomto (via Opera News )