The battle for the ticket of APGA come 2021 Anambra state governorship election is no longer a walk-over for any aspirant.

Few months ago, Professor Charles Chukwuma Soludo was considered as already having the 2021 ticket of the party before the rumoured endorsement of Evang Prince Nicholas Ukachukwu, whose entry into the race caused sime APGA leaders to begin to rejig with plots to tighten its grip on the party structure. 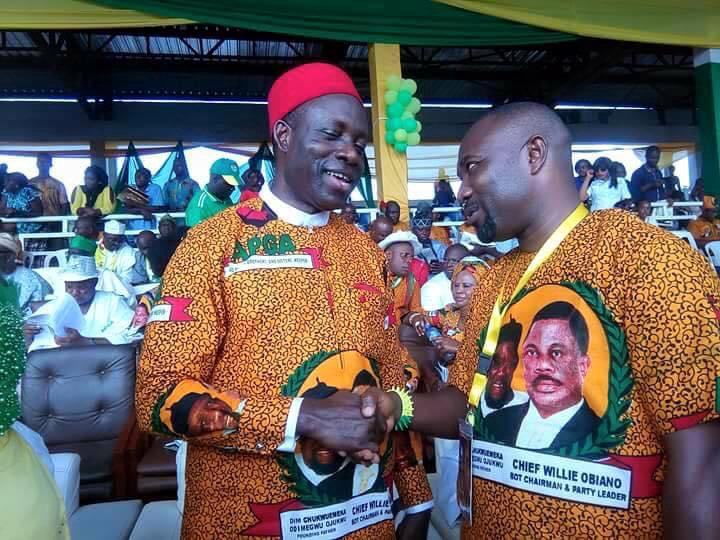 But while APGA is adjusting to Professor Soludo and Nicholas Ukachukwu's battle for the party's 2021 guber ticket, another strong aspirant has entered the race.

He is considered as powerful as the two aspirants mentioned above having served in various capacities at local, state and national level. His sudden entrance has reportedly caused panic, fear and anxiety among the APGA aspirants.

Hon. ThankGod Ibeh officially declared his interest to run for the next Anambra gubernatorial election slated for November 6 2021 under the platform of All Progressives Grand Alliance.

Hon Ibeh who is a native of Awgbu in Orumba North Local Government Area of Anambra State has joined the likes of Professor Chukwuma Soludo, Honourable Chukwuma Umeoji among others who had earlier declared to contest for governorship under APGA. 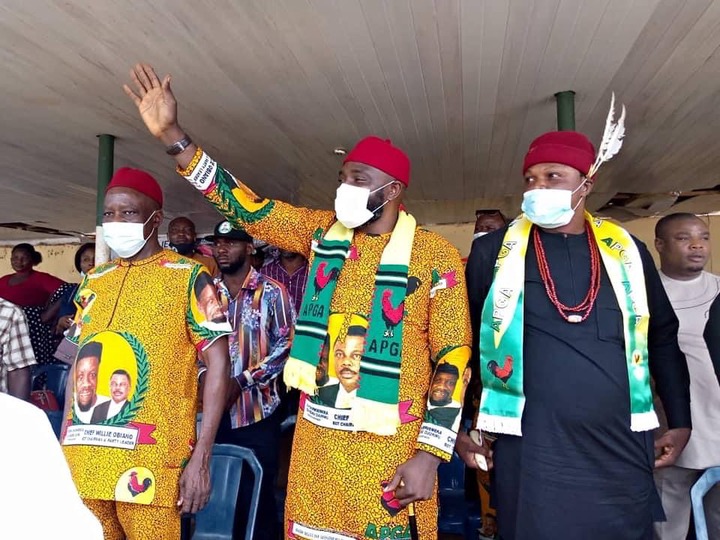 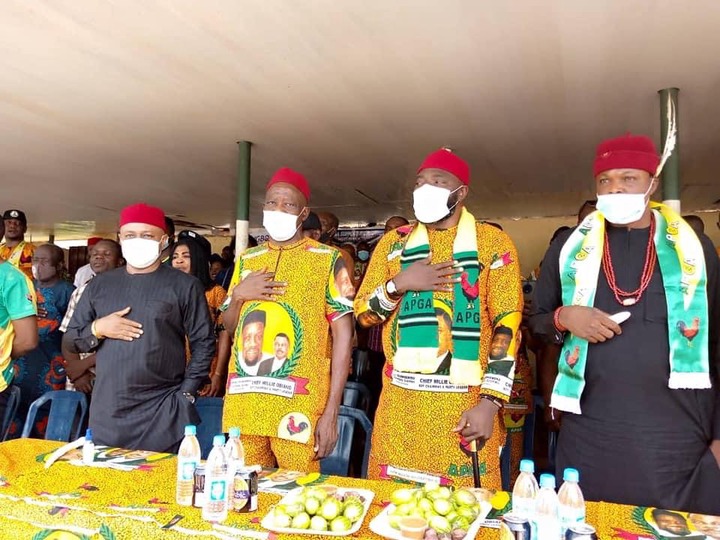 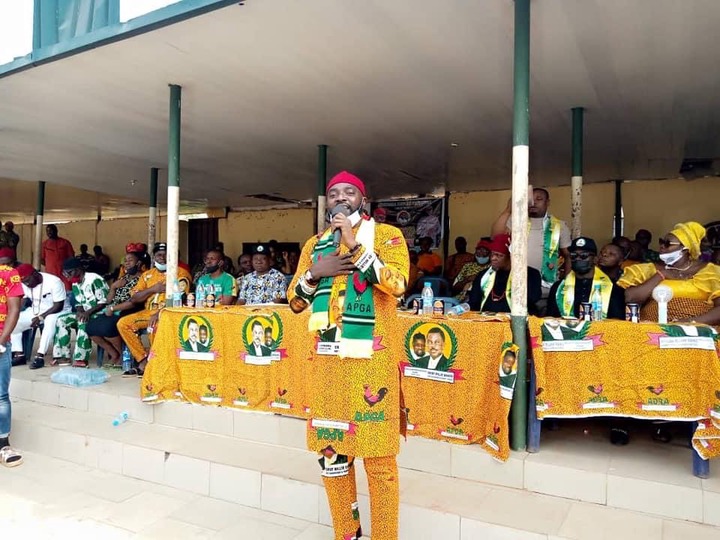 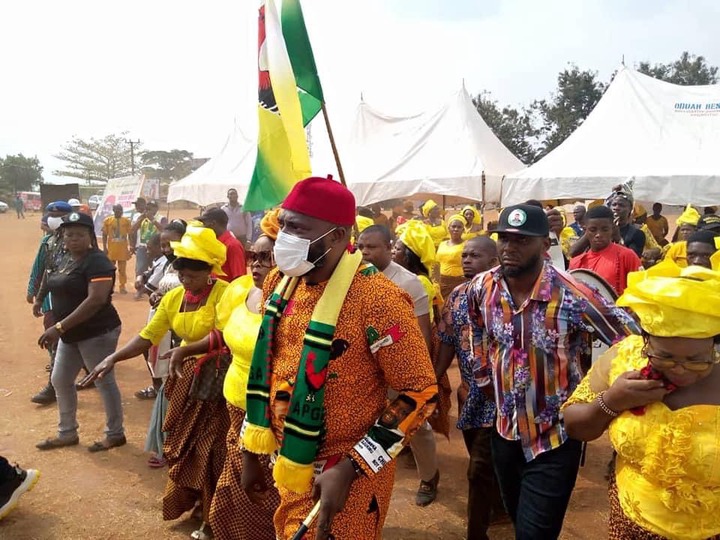 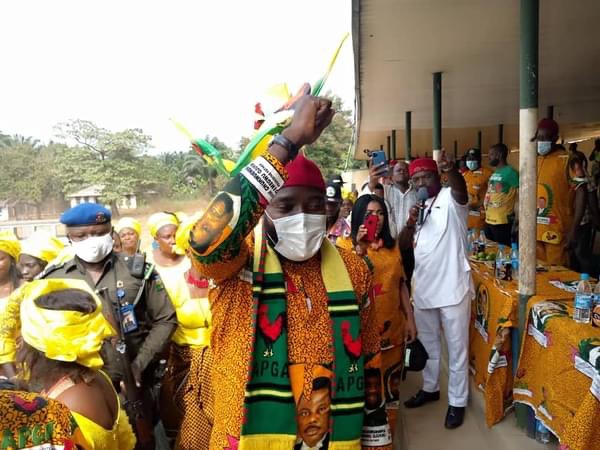 Honourable ThankGod Ibeh is the Lagos State Vice Chairman of All Progressives Grand Alliance. Welcoming the guest, the Orumba North Local Government Chairman of APGA,Mr Alphonsus Muogbo noted that Hon. Ibeh who had earlier consulted with his ward is much qualified to contest.

He assured that APGA will produce the best candidate to through a free and fair primary election. Addressing the gathering, Honourable ThankGod Ibeh stressed that his intention is to represent the youth and to serve Anambra with an undiluted youthful energy.

Hon. Ibeh affirmed to consolidate on the achievements of Governor Obiano and APGA government in Anambra over the years and assured of greater improvement and a progressive Anambra.

He commended the the executive Governor of Anambra State, Chief Willie Obiano, the National, State Local Government and Ward Executives of the party for their Christmas commitment in building APGA and Anambra State. 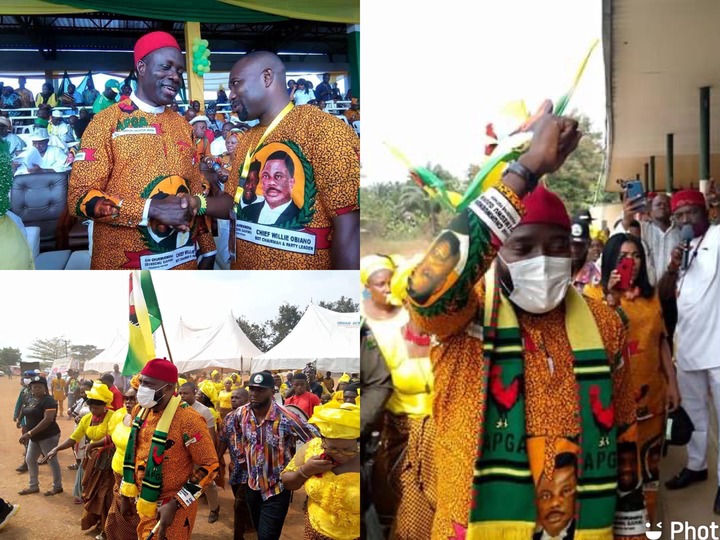 The Representative of Orumba North at the state Assembly and the Deputy Majority Leader, Honourable Emeka Aforka who was there to witness the declaration commended Hon. Ibeh for his courage, reminding him of the great challenge ahead.

Honourable Aforka noted that the contest is not a Do or Die affair as only ok be candidate will emerge at the end of the primaries. Honourable Aforka called on the party members to galvanize support for the party to win the coming election using the landmark achievements of the Obiano led administration. 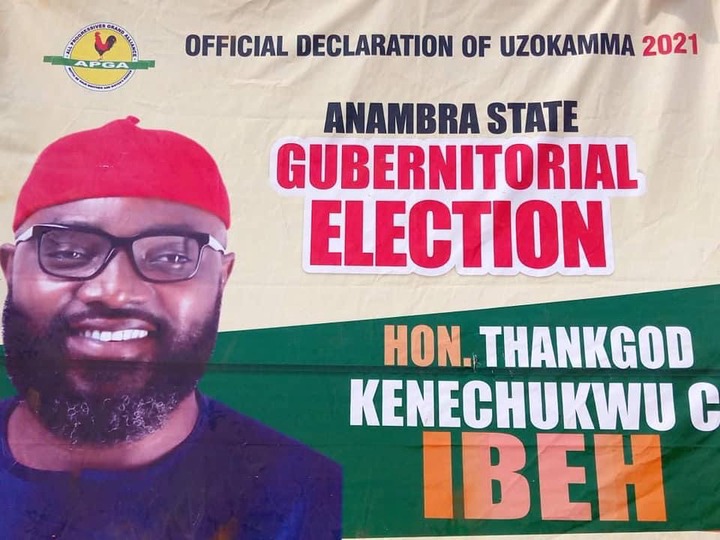 Honourable ThankGod Ibeh will on a date to be announced visit the state working committee of the All Progressives Grand Alliance to make his intention known to them.

The event held at Local Government Headquarters Ajali, attracted stakeholders of the party in the local government as well as many support groups for Honourable Ibeh.