See The 6 Most Powerful Kingdoms In Nigeria Today

Nigerian traditional rulers often derive their titles from the rulers of independent states or communities that existed before the formation of modern Nigeria. Though they do not have formal political power, in many cases they continue to command respect from their people and have considerable influence.

The bearers usually maintain the monarchical styles and titles of their sovereign ancestors, both their independent activities and their relations with the central and regional governments of Nigeria are closer in substance to those of the high nobility of old Europe than to those of actual reigning monarchs. 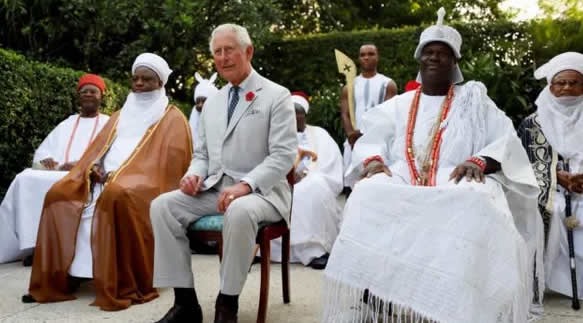 We have some big Empires such as the Benin Kingdom, Oyo Empire, Sokoto Empire, Kano Emirate and so on. These Kingdoms are controlled by a Monarch i.e either a King or a Queen but mostly in Nigeria case, it is a King. This system began to fade away with the incursion of British government into Nigeria in the late 19th century and early 20th century.

After Nigeria was granted Independence in 1960 power was handed over to some Nigerian Educated elites. This brought about a total new phase to the system of government in Nigeria which is totally different from monarchical system approach before colonial rule.

After Independence was granted to Nigeria, The traditional rulers perform only ceremonial functions in their respective towns and villages and had no absolute control like it used to be before now.

Kings like the Sultan of Sokoto, Ooni Of Ife, Emir of Kano, Alaafin of Oyo, Oba of Benin etc. are all first class and powerful Kings. But I will be presenting you the profiles of 6 of the most powerful Kings we have in Nigeria.

The 6 Most Powerful Kings In Nigeria

1 The Emir of Kano 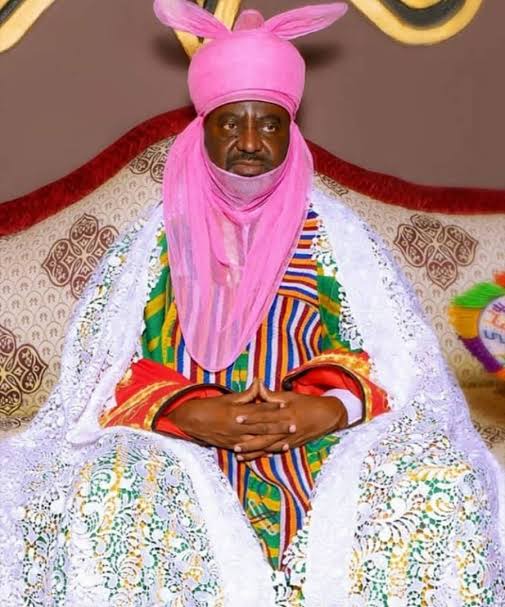 2 The Ooni Of Ife 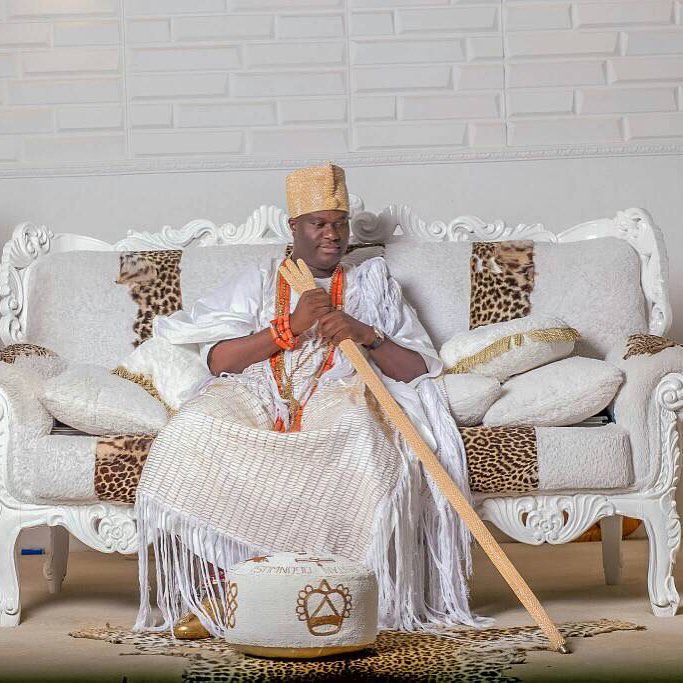 Ooni of Ife is no doubt one of the powerful Kings in Nigeria. Ooni of Ife is the King of Ile-Ife in Osun State, Nigeria. Ile-Ife is usually regarded as the cradle of Yoruba Land and hence, it's given that respect up till date. The current Ooni of Ife is His Imperial Majesty, Oba Adeyeye Enitan Ogunwusi. He was installed as the Ooni of Ife in 2015, he is the 51st King Of Ile-Ife.

3 The Sultan Of Sokoto 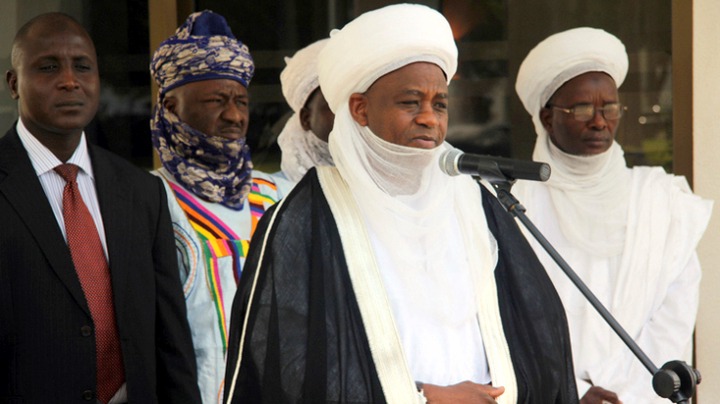 4 The Alaafin Of Oyo 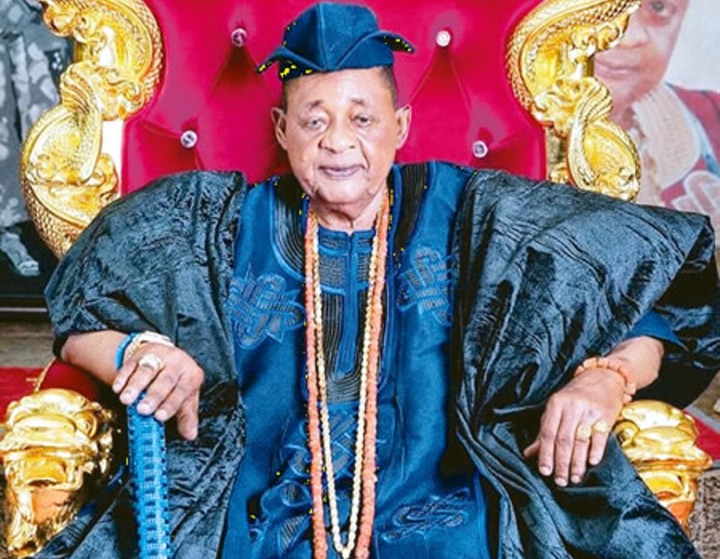 Alaafin of Oyo is the King of Oyo Town, he is highly respected among the Yoruba people. Historically, the Oyo Empire is the most powerful Yoruba Kingdom and that still makes any Alaafin Of Oyo relevant up till date. Alaafin of Oyo is a Powerful King in Nigeria and any government gives him that respect. The current Alaafin Of Oyo is his Imperial Majesty, Oba Lamidi Olayiwola Adeyemi III and he ascended the throne in 1970.

5 The Oba Of Benin 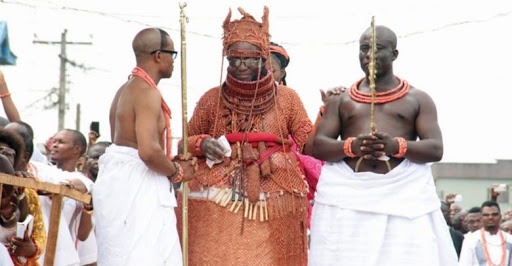 6 The Obi of Onitsha 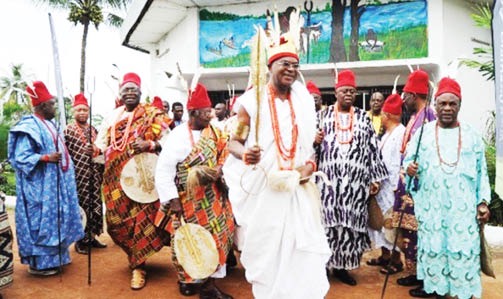 Among Nigerian Powerful Kings is the Obi of Onitsha, the current Obi of Onitsha is Obi Igwe Nnayelugo Alfred Nnaemeka Achebe. He is a very influential King in the South East region in Nigeria.

How the titles for traditional rulers in Nigeria are-

In the northern Muslim states, Emir is commonly used in the English language, but names in the local languages include Sarki, Shehu, Mai, Etsu and Lamido. In the states in Northern Nigeria that are not predominantly Muslim, different titles are held. An example is the Aku Uka of the Kwarafa  kingdom, traditional ruler of the Jukun, whose seat is in Wukari, Taraba State.

Oba is the title of the Benin Kingdom's paramount ruler in Edo Stata. Enogie and Okao (plural ikao) are ascribed to his dukes and viceroys within the Benin Kingdom, while Odionwere is ascribed to his governors or senior elders. In practice, enigie are not installed in communities with ikao, as they are both traditional rulers and representatives of the Oba, charged with the administration of their respective communities.

Onojie is used by the Esan peoples to refer to their various rulers in Edo State, while the Afamai people use Otaru and Okwokpellagbe. Other titles are also used.

Obong is likewise used by the Efik, Ibibio and Annang peoples of Cross River and Akwa Ibom States

Oba is also used by the Yoruba peoples to refer to their various rulers, though other titles such as Ooni, Alake, Alaafin, Awujale, Olomu, Akarigbo, Orangun, Olu'wo, Eleko, Olumushin and Eburu are also used, specific to the people and/or place ruled.

In the southeast, Obi, Igwe and Eze are common titles among Igbo rulers, but again there are many local titles amongst their immediate neighbours, such as the Ijaw's Amanyanabo.

The importance of having these Kings today is majorly for preservation of our cultures and traditions. We are all aware of of the fact that our official language in Nigeria is English, and this is due to the fact that we have varieties of languages in Nigeria and for easy communication, English serves as a medium. So these Kings helps to preserve our cultures and traditions so we don't forget our original background.

“If my partner asks for my nude pictures, that will be the end of the relationship.”- Ruth Eze