Possible consideration of State Pardon for 9 Ogoni activists including the Nigerian foremost playwright, Ken Saro-Wiwa by President Buhari brings back memories of how former President Goodluck Jonathan pardoned some ex-convicts while in office.

Photo of Goodluck Jonathan and 2 ex-convicts It is important to note that state pardon or clemency is hinged on the same concepts, though the intention for which it is granted might be different.

The former is granted to clear off the crimes of the convicts and gives them rights or privileges to vie for political offices. But the latter is meant to reduce punishment or penalties of the convicts.

The one President Buhari is being considered to grant the Ogoni activists was born out of the concerns for the injustices of the past leaders. Even the President affirmed the fact that the execution of Ken Saro-Wiwa and others by the late Sani Abacha was an unfortunate one.

However, the state pardon granted by Goodluck Jonathan might have been political. This is because among the pardoned convicts was a prominent politician who is a member of his people's Democratic Party, PDP. Below are those pardoned by GEJ while in office. 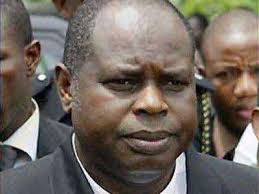 This was one of the most controversial actions his administration would ever take. Those who criticized the pardon said it could encourage more corruption in the country. It would be recalled that the grant was done through the then Attorney-General and Minister of Justice, Mohammed Adoke.

Mr. Alamieyeseigha had jumped bail in the United Kingdom after his arrest for money laundering. He was later convicted in Nigeria for embezzling state funds while in office between 1999 and 2005 when he was impeached by the Bayelsa State House of Assembly.

The former Governor, under whom Mr. Jonathan served as deputy governor, died on October 10, 2015, at the age of 62, barely two years after the pardon. 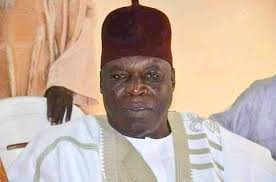 Shettima was another convict pardoned alongside Diepreye Alamieyeseigha in 2013 by the Goodluck administration.

For many, however, the most controversial of these state pardons remains that granted to the former governor of Bayelsa state and the former managing director of the Bank of the North Nig Plc, Alhaji Shettima Mohammed Bulama, both of whom were convicted for fraud after arraignment by the Economic and Financial Crimes Commission (EFCC).

What is your reaction?