By OmoobaAlekuwodo (self media writer) | 27 days ago 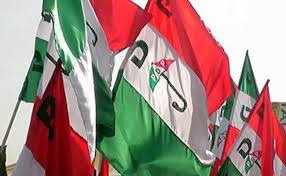 The crisis rocking the opposition Peoples Democratic Party (PDP) may, considerably, deny the party some chances in the course of ensuring victory in the 2023 General Elections.

It could be recalled that a Federal High Court sitting in Port Harcourt had asked Prince Uche Secondus, the embattled National Party Chairman of the opposition Peoples Democratic Party (PDP) to stop parading himself as the chairman of the party.

In the bid to finally eject the influence of Prince Uche Secondus from the affairs of the opposition party, another High Court sitting in Calabar also asked the embattled National Party Chairman of opposition party to desist from heading any meeting of the National Executive Committee (NEC) of the party.

In the course of getting over the crisis rocking the opposition party, stakeholders of the party insisted that the party should conduct her National Convention in October, 2021. This may enable the party to have a new set of leaders at the National Executive Committee level.

However, the court judgements restricting Prince Uche Secondus to exercise his right as the capacity chairman of the opposition party, Peoples Democratic Party (PDP), have prompted the embattled National Chairman of the party to embark on seeking legal redress at the Court of Appeal.

Considerably, this legal tour by Prince Uche Secondus may, probably, deny the opposition party an opportunity to hold her National Convention that was slated at October, 2021.

One, Prince Uche Secondus may decide to seek a High Court injunction to, indefinitely, suspend the activities of the National Executive Committee and the planned National Convention of the party, until the Appellate Court sitting in Abuja gives judgement on the case before it.

If such injunction is sought by Prince Uche Secondus and granted by the High Court, it may definitely stop the party from holding the National Convention.

Secondly, if the embattled National Chairman of the opposition Peoples Democratic Party (PDP), Prince Uche Secondus, proceed to win the legal tussle at the Appellate Court, it may definitely put an end to the preparation of the opposition party toward the conduct of the National Convention slated for October, 2021.

It is important to recall that the tenure of Prince Uche Secondus as the National Party Chairman of the opposition party, Peoples Democratic Party (PDP), expires on December 10th, 2021.

Three Allegations Against Ex-Govermor Kwankwaso As EFCC Grills Him Over N10 Billion Fraud.