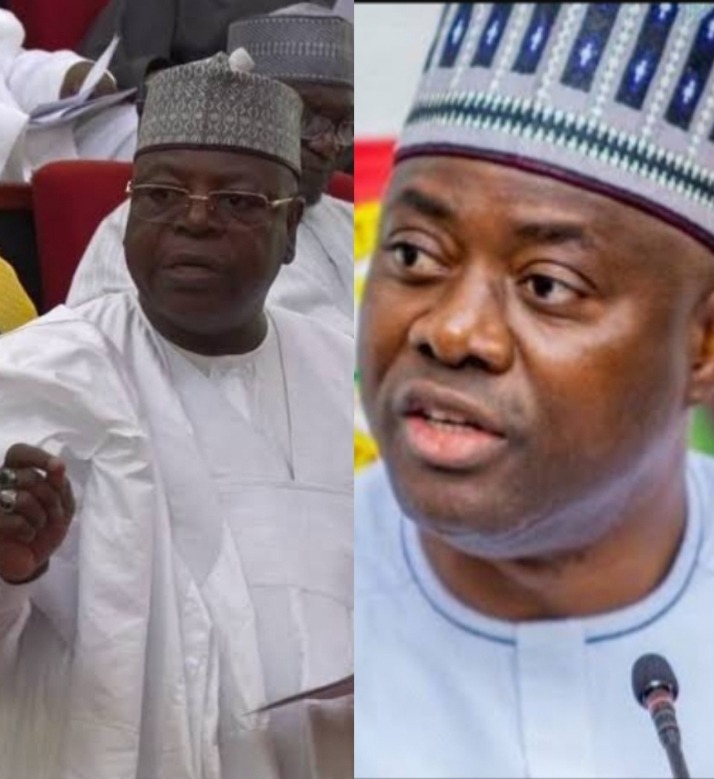 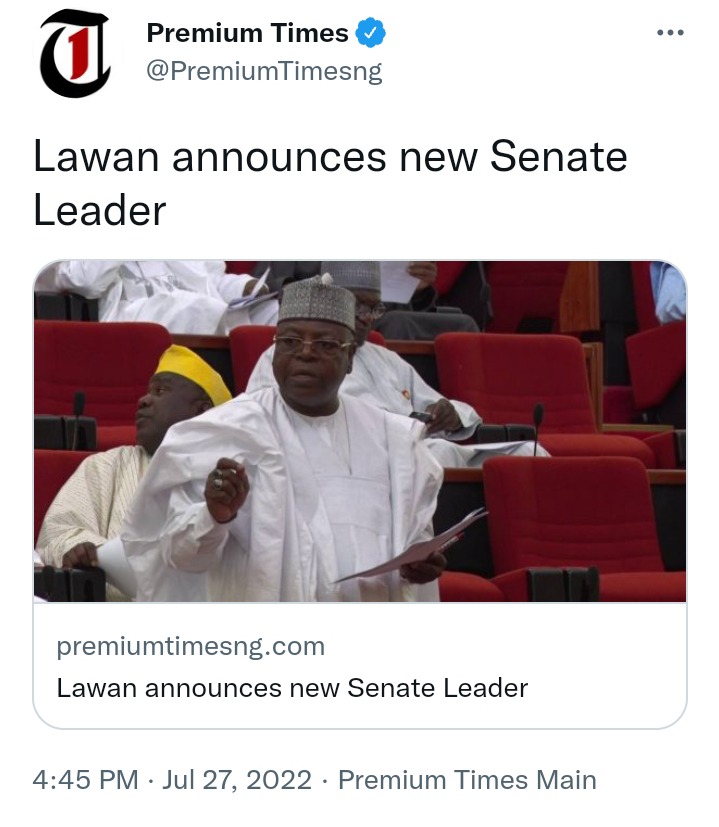 He made the announcement at the start of plenary on Wednesday. Some opposition senators would later stage a walk-out after Mr Lawan dismissed a motion on the state of insecurity.

Mr Gobir’s appointment was contained in a letter from the National Chairman of the All Progressives Congress (APC), Abdullahi Adamu.

In the letter, Mr Adamu asked that Mr Gobir replace Abdullahi Yahaya, who left the APC for the opposition party, Peoples Democratic Party (PDP), in June. 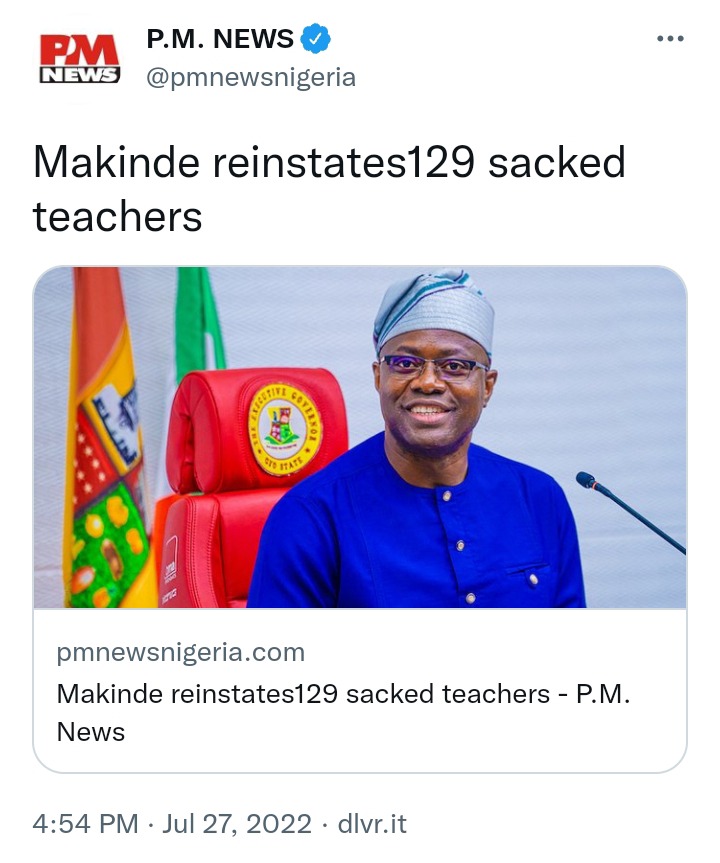 Governor Seyi Makinde of Oyo State has approved the reinstatement of 129 public primary school teachers, who were unlawfully sacked by the previous administration.

This is contained in a statement issued by Dr Nureni Adeniran, the Executive Chairman of, the State Universal Basic Education Board, on Wednesday in Ibadan.

According to Adeniran, 129 officers were wrongly dismissed by the state government between 2011 and 2019.

He said it was subject to the dismissed teachers agreeing not to demand arrears payment for the period they were away which the state converted to leave of absence.

JUST IN: Senate to summon CBN Governor Emefiele over free fall of Naira 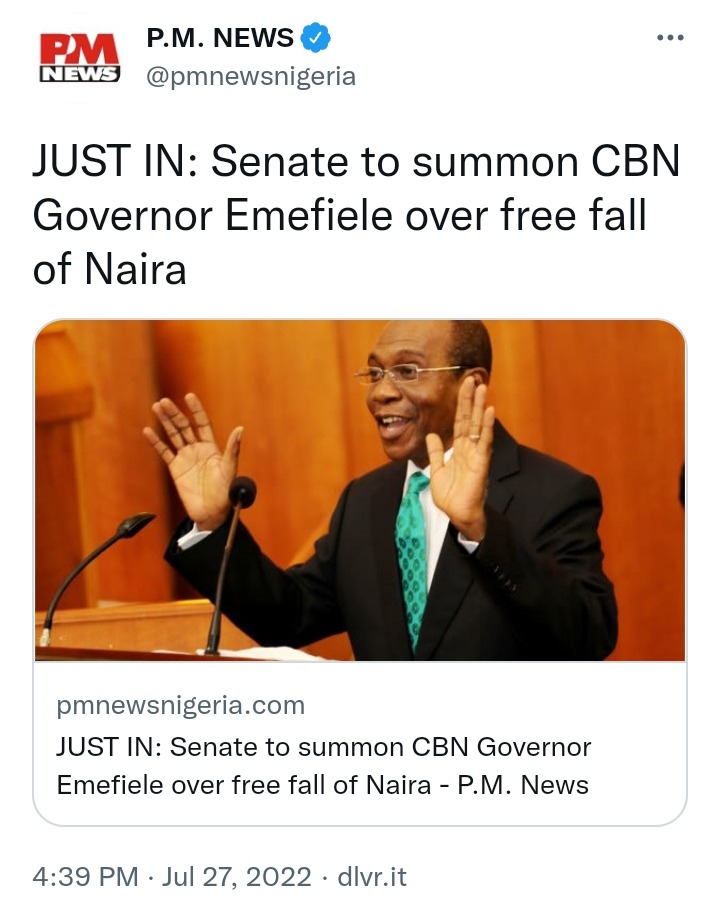 The Senate on Wednesday resolved to invite the Central Bank of Nigeria (CBN) Governor, Godwin Emefiele to address the senators on the free fall of the Naira to Dollar and other currencies.

The senate resolved that Emefiele should come into plenary and address senators behind closed door to know why the Naira has been on a free fall.

The upper chamber also called on the CBN to urgently intervene to stop the rapid decline in the value of Naira in service to dollar and other international currencies. 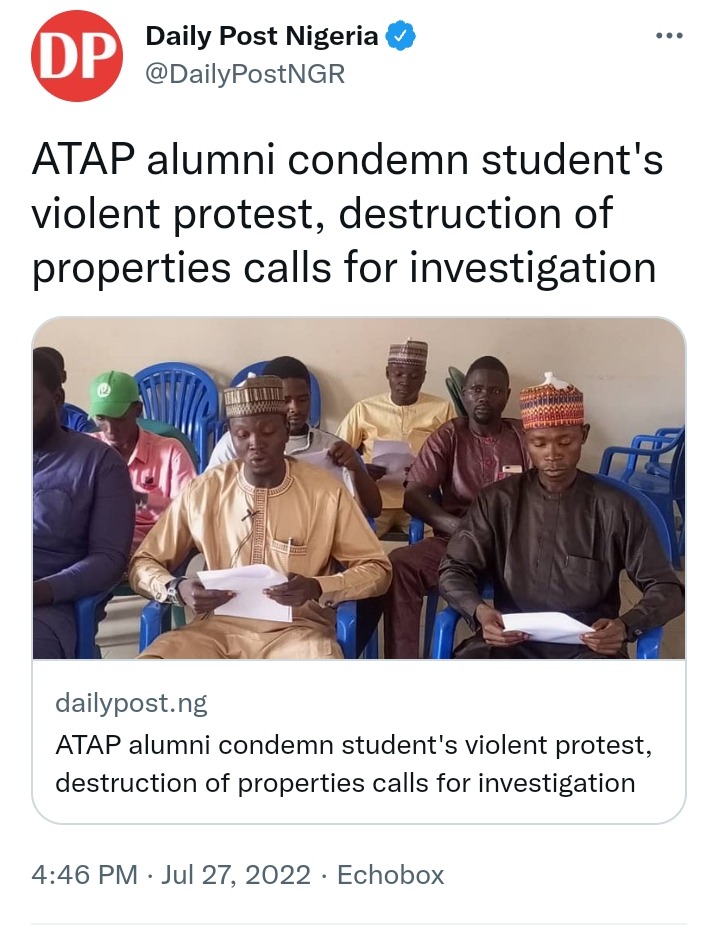 The Alumni Association of Abubakar Tatari Ali Polytechnic (ATAP), Bauchi has expressed concern over the uncoordinated protest staged by the students of the institution which caused serious destruction to properties within and outside the school premises.

The Alumni in a press statement made available to DAILY POST and read by Abdulhamid Yusuf Gital said it learned the protest was in response to the planned strike by the Joint Action Committee (JAC) of the Institution.

“We came to an understanding that the protest happened in response to the imposed decision of the Joint Action Committee (JAC) to embark on a warning strike, an action which came close to the commencement of the second-semester examination.

Content created and supplied by: Prince2596 (via Opera News )