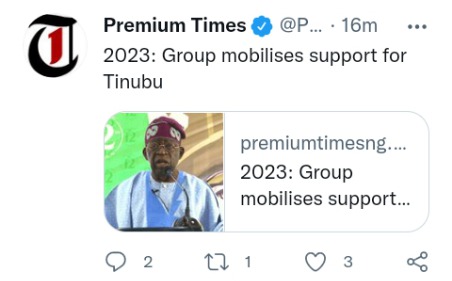 Umar Mohammed, Director-General, Tinubu Support Group (TSG), has called on Nigerians to support the group to ensure the actualisation of a Bola Tinubu presidency in 2023 for a new and better Nigeria.

He made the call on Saturday in Abuja, while inaugurating the Tinubu Support Group and its State Steering Committee.

“May I call on Nigerians to join us, as we work hand in hand in the journey to build the country of our dream.

“A new and better Nigeria is possible. We solicit your cooperation and partnership to let this happen". 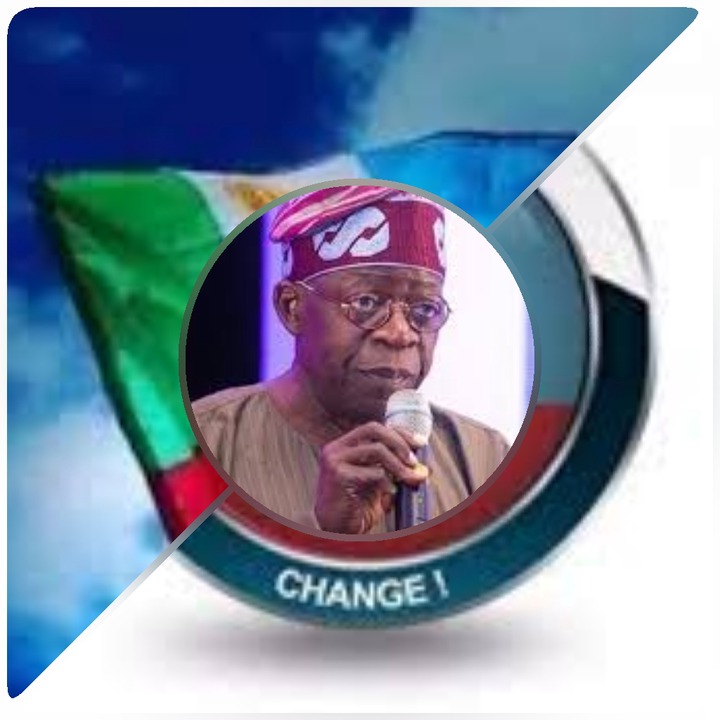 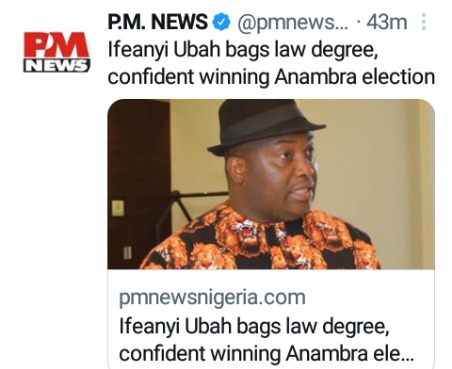 The governorship candidate of the Young Progressive Party, Ifeanyi Ubah has s meaid that he would emerge governor in the 6 November governorship election in Anambra State.

Ubah said this on Saturday while speaking to journalists after he was awarded a Bachelor of Law degree at the Baze University, Abuja.

The senator said his knowledge in law would help him as the next governor of the state.

Nigeria a failed state pretending to be normal-Moghalu 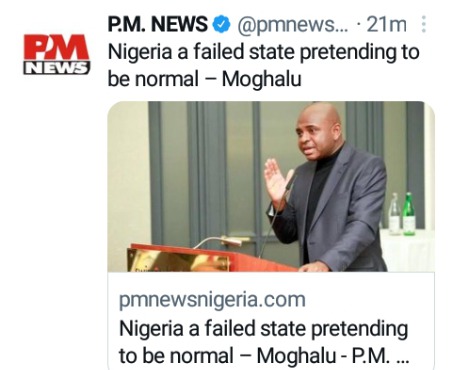 Kingsley Moghalu, former Deputy Governor of the Central Bank of Nigeria and presidential candidate in the 2019 general election, has described Nigeria as a failed state.

Moghalu, who was recently appointed as an Academic Visitor to the University of Oxford, UK said Nigeria is a failed state pretending to be normal.

His reaction came days after terrorists attack the Abuja-Kaduna train.

The ex-presidential candidate lamented that the inaction of security agents who were aware of the attack ahead of time, indicated that Nigeria is a failed state.

Vanessa Bryant testifies how she learnt of Kobe, Gigi's death 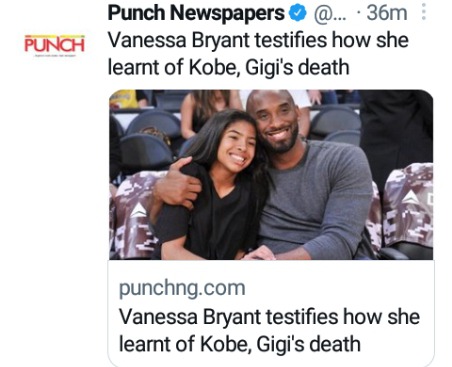 Vanessa, the widow of American basketball legend, Kobe Bryant, recounted how she learned of her husband and daughter’s death in a helicopter crash last year.

She said she tried to travel to the crash site that day by helicopter but was told the weather conditions were too bad, according to her deposition testimony in a lawsuit she filed against the Los Angeles County.

In the transcript of the testimony obtained by USA TODAY Sports, Vanessa Bryant said she has kept the clothing that her husband and daughter were wearing that day.

Breaking: ICC to probe kidnapping of students in Nigeria 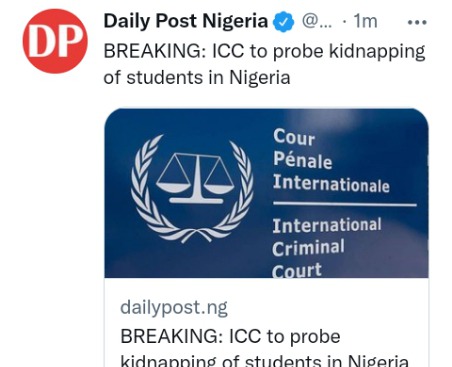 Karim A. Khan, the International Criminal Court (ICC) prosecutor is seeking the authorisation to investigate the abduction of students in Nigeria.

The probe will cover kidnappings in Nigeria’s North, closure of schools, and the persistent failure of the federal and state authorities to end the abduction.

The development was announced on Sunday by Socio-Economic Rights and Accountability Project (SERAP).

In a petition in September, SERAP urged Khan to push for the trial of those suspected to be responsible and complicit in the crimes.