By KreativeNews (self media writer) | 3 months ago

The leader of a Yoruba socio cultural Group known as Afenifere, Chief Ayo Adebanjo has poured out his anger on the President of the Federal Republic of Nigeria, President Muhammadu Buhari over a statement made by the President during his independence day speech that the peace of Nigeria is non negotiable. 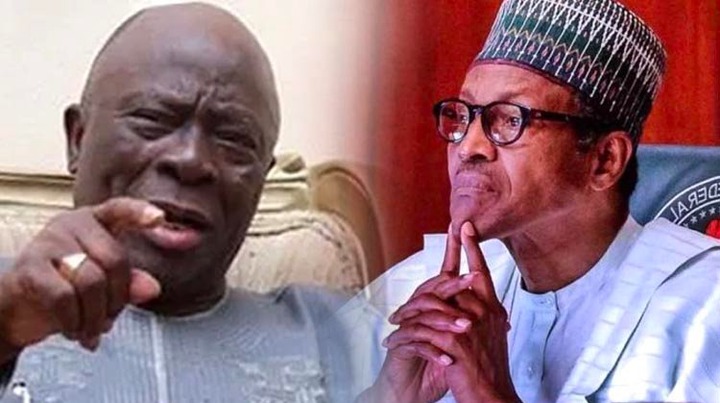 According to Punch News Chief Adebanjo who is now 93 years old called Buhari who is 78 years old, a child when they were negotiating for independence in the 1950s.

Punch News reports that the elder statesman lambasted Buhari this "He (Buhari) is talking nonsense. These are the kind of things that cause trouble. How can the president of a multilingual, multiethnic and multinational society say the unity of Nigeria is non negotiable? We negotiated the unity of Nigeria before Independence.

"Of course I can't blame him (Buhari) because he was still in Primary School at that time, he should go back to the records"

Adebanjo revealed that the independence construction of 1960 gave each region in the country the power to control their resources. He said things started going down the drain for the country when the military took over in 1966 and took the country back to unitary system of government.

But is Chief Adebanjo right to call Buhari a Small Boy at the time when Independence was being negotiated? The answer is no, especially when one considers the fact that he called the number one citizen of the country a small boy.

Chief Adebanjo could be truthful that Buhari was a small boy at the time of independence in the 1950s but the way he said it is insulting. He should not have referred to the President of a great country such as Nigeria with such insulting words.