By Mrliman (self media writer) | 20 days ago

At the 94th National Executive Committee (NEC) of the Peoples Democratic Party (PDP), Alhaji Atiku Abubakar talked about zoning, he said zoning presidential ticket is not the problem of Nigeria and neither is the solution. Atiku was being factual and likely to be making case for himself and other northern candidates. He has nursed the ambition of becoming the president of Nigeria since 2015 when he contested with President Muhammadu Buhari in the APC primaries and lost. This was reported by Premium Times. 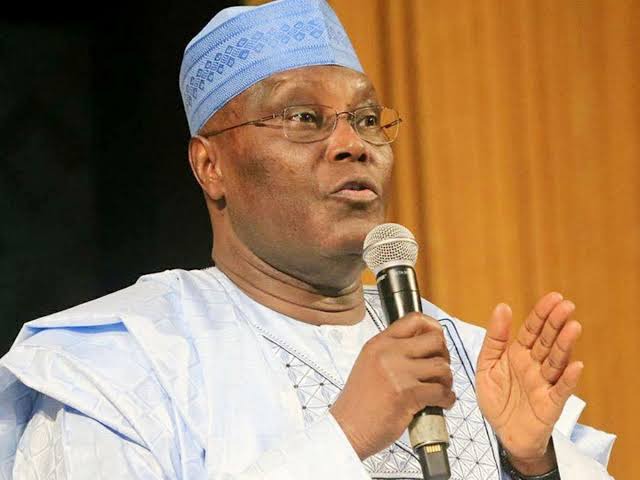 However, Atiku is right about presidential zoning, zoning of any political position is not only unconstitutional but another modern form of corruption. By definition of corruption, which means anything wrongdoing or unmerited favor. Therefore zoning of any elective position, by any political party unjustly deprive the electorate/masses of electing there candidate/leader, among the numerous contestant (due process).

On the other hand, forcefully zoning of such elective positions to other regions or constituencies, which is against the wishes of masses/electorate (unmerited favor), can be seen as an electoral robbery. All political parties to imbibe the spirit of democratic principle, which is the most accepted standard for electing any leaders across the globe, this principle will foster national stability and unity in the country, as this will give room for full participation of the masses/electorate to vote in their choice/acceptable/popular candidate to run the affairs of the nation at all tier of government in Nigeria.

This translated that such candidate/nominee is an impostor on the electorate/common masses, which might even prevent such candidate from performing his call to service to the nation optimally, without fear/favor/external interference by those politicians, since he was a product of internal arrangement by some groups of the politician (unmerited) to govern the nation.

Zoning is not only unconstitutional but rather undemocratic, it is very pertinent to note that zoning of power will hinder the emergence of a credible candidate which thereby leads to installing an incompetent leader. There is no constitutional favor which warrants the sharing of power within the region, so people should stop agitating for something which is likely consequences will endanger human life.