By Mounique (self media writer) | 11 months ago

Professor Soludo’s Gubernatorial ambition today received a major boost. In his local government tour to meet APGA delegates and plead for their support, the Isuofia born former CBN Governor received the endorsement of notable state lawmakers, politicians and decampees from other political parties.

Rt. Hon Barr Rita Maduagu Former Speaker, Anambra State House of Assembly, said if Nigeria is a place where things are done on merit, Prof Charles Soludo is not supposed to struggle to contest for the post of Governor. She said Prof Soludo bu afia na ere onwe ya (a market that sells itself). She said Prof Soludo has integrity and capacity which he has proven as former Governor of CBN. She believes he can transform Anambra to Dubai and begged Prof Soludo to do to Anambra State all the things he did for CBN. 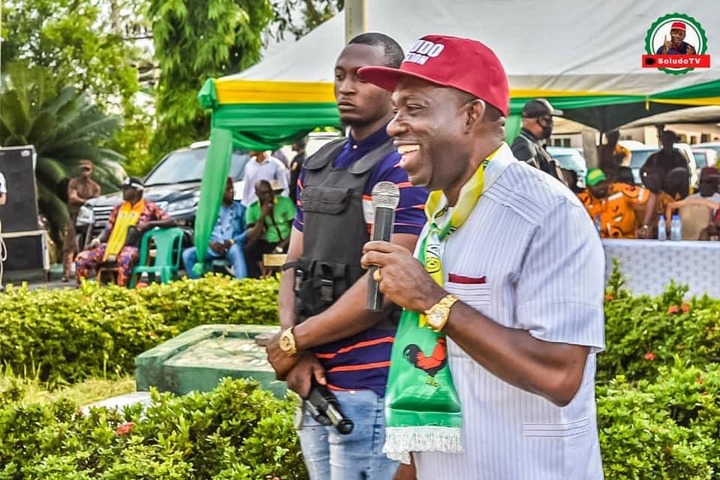 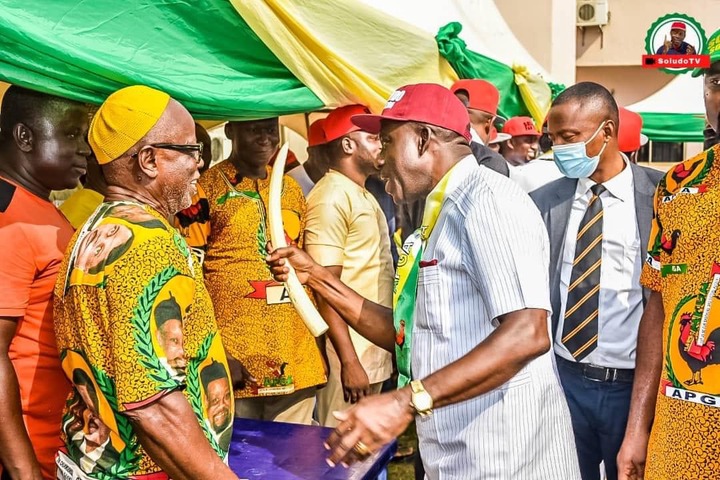 Hon Sonny Ozobialu (Mmiri mmalu ugo) Member representing Nnewi South, Anambra State House of Assembly who is also a statutory delegate said he started the Soludo project under SSG in 2019. He said Prof Soludo's mission to Nnewi South is not for campaign but for delegates to vote for him during the upcoming APGA congress.

Hon. Chieloka Henry Okoye (TC Chairman, Nnewi South) instructed all the APGA delegates of Nnewi South on the 23rd of this month to deliver Prof Charles Chukwuma Soludo. He said Prof Soludo is at Nnewi South to discuss with all the delegates of APGA so they can give him all their votes which is over 40 in number.

He said a vote for Prof Soludo is a vote for progress. He went further to say that fielding a candidate of the calibre of Prof Soludo raises the standard of the party. He said all the aspirants of opposition parties do not pose any threat to Prof Soludo governorship ambition. He said no single vote should go missing for the future of our children and Anambra State. 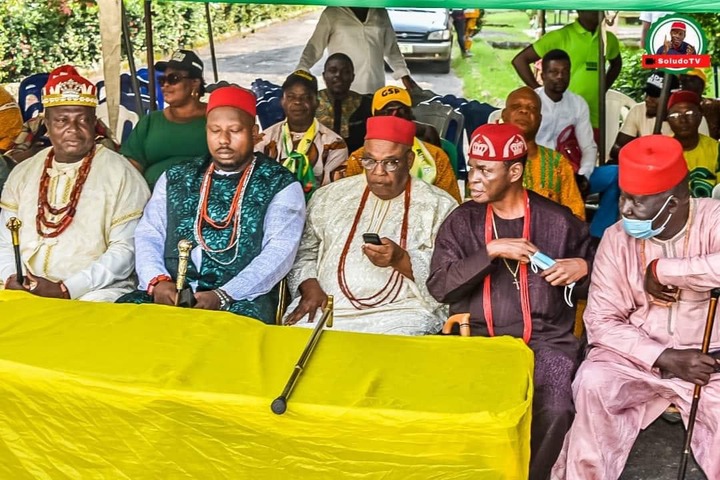 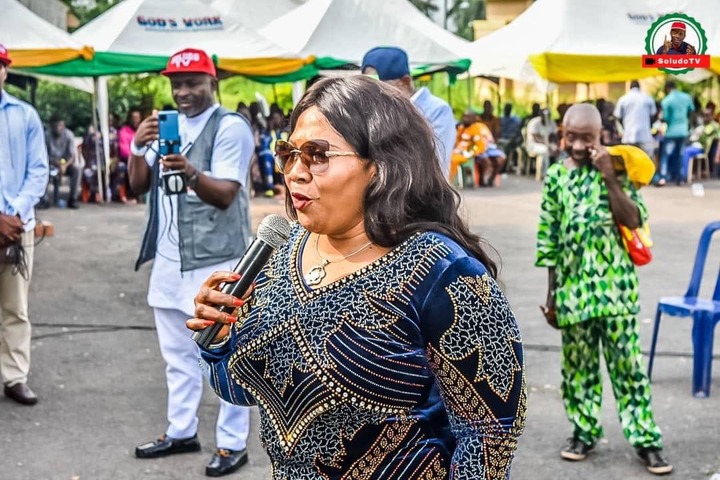 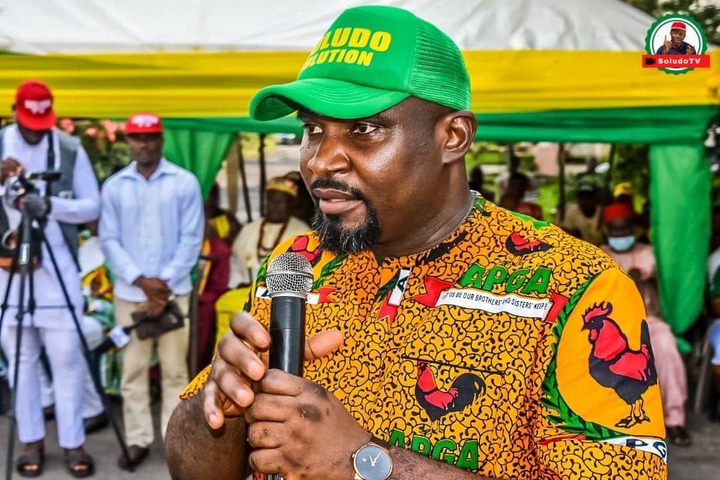 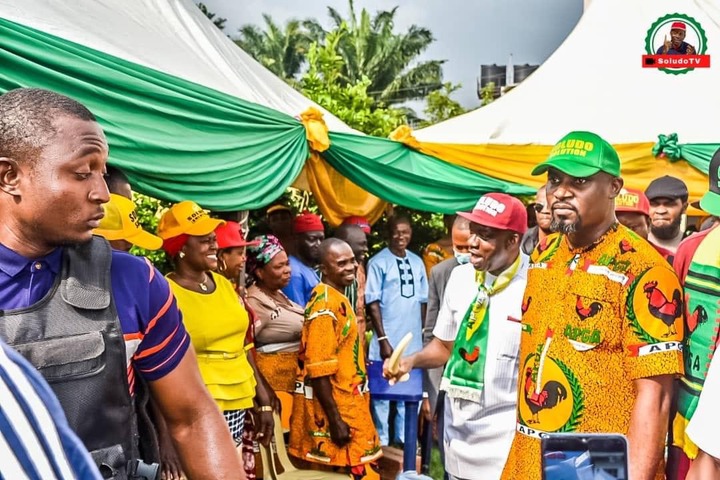 Prof Charles Soludo said he's coming to Nnewi South on a Sunday is a big blessing. He said he's not taking support for granted and has come to beg the 20 wards in Nnewi South and 47 delegates in general to give him their vote. He said he is Charlie nwa mgbafor who came from a very poor home, experienced poverty and knows how it tastes.

From that status, God elevated him and in his 30's, he had already become a professor, achieving the climax of the academic and professional world. He said the plan he designed for the federal government created 12.5million jobs for Nigerians. In the 1960s, Nigeria experienced unprecedented economic growth and he was the brain during his time in the federal government. He was awarded as the best Central Bank Governor in the world and was also acknowledged with CFR (Commander of the Federal Republic) which is the third highest award in the world. He reiterated that he has achieved everything on the national and international level by the grace of God and feels now is the right time to move Anambra State forward with his experience and expertise. 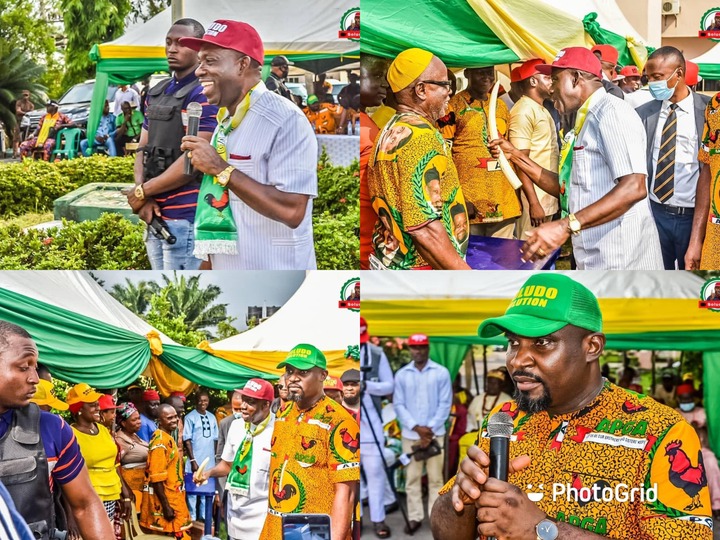 He said APGA as a party needs someone who will win both the primary and general election. He said if he's given the ticket, he will go into the battle field and bring victory for APGA. He said APC is not significant in Anambra and YPP are not up to the task to win governorship election in Anambra State.

Prof Soludo pleaded with his colleagues who are vying for the APGA governorship ticket to accept whatever outcome of the screening results and primaries turn out to be. He told his colleagues not to be desperate and support each other as a true, party man no matter who finally succeeds to fly the APGA flag. He promised his fellow aspirants that he would support them if he's disqualified or fails in the primaries and expects them to do the same to him if the fate falls on them too.