Opinion: The Only Politician That Can Lead PDP To Victory In 2023

By WildRabbit (self meida writer) | 16 days

The Peoples' Democratic Party, PDP, would be heading into the 2023 general elections with a lot on their shoulders having lost two consecutive presidential elections to the ruling All Progressive Congress, APC. 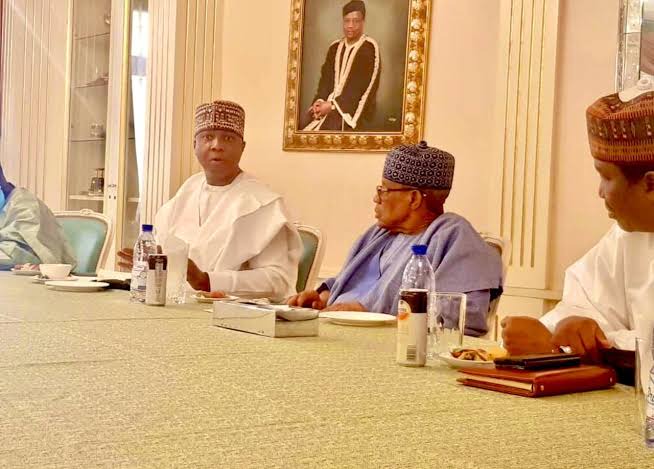 The first happened to be their undoing when some members of the party decamped to the APC to dislodge then President Goodluck Jonathan in 2015.

The second would have been a close call if not for the popularity of President Muhammadu Buhari among ordinary Nigerians.

While President Buhari would not be on the ballot for the next elections, the PDP needs to get ititsct together if it is serious about taking over power in 2023.

One of the ways, the party can dislodge the APC is by appointing a Chairman that is well-grounded politically to steer the ship to the battlefield

As you know, the tenure of the Uche Secondus-led National Executive Committee would be coming to an end in a few months. This would be the perfect time for the party to appoint Dr. Bukola Saraki to lead the party to the 2023 general elections.

His knowledge and experience in politicking will come in handy for the PDP to dislodge the ruling party in the coming elections.

For those who don't know him and wondered why l believe in his leadership, below is a brief profile of the former governor of Kwara state.

Olubukola Abubakar Saraki, CON (born 19 December 1962) is a former banker turn politician. He was the 13th President of the Senate of Nigeria from 2015 to 2019 and Chair of the 8th Nigeria National Assembly. He was previously the Governor of Kwara State from 2003 to 2011; and was elected to the Senate in 2011, under the Peoples Democratic Party (PDP), representing the Kwara Central Senatorial District, and then re-elected in the 2015 general elections under the platform of the All Progressives Congress (APC).

With such impressive background, nothing is stopping the party from reclaiming power if he's duly appointed as party chairman.