By IrorunWrites (self media writer) | 14 days ago Just yesterday, Mr Joe Igbokwe who is a former spokesman for the ruling All Progressives Congress in Lagos accused members of Indigenous People of Biafra (IPOB) over the burning of his country home in Nnewi, Anambra State. This elicited mixed reactions among Nigerians. While some people of Igbo extraction took to their various social media platforms to celebrate the touching down of Igbokwe's residence, many simply berated the dastardly and barbaric act.

In a Facebook post, Mr Igbokwe did not mince words as he squarely blamed members of the secessionist group, whose leader is now in the custody of Department of State Services, for the attack. 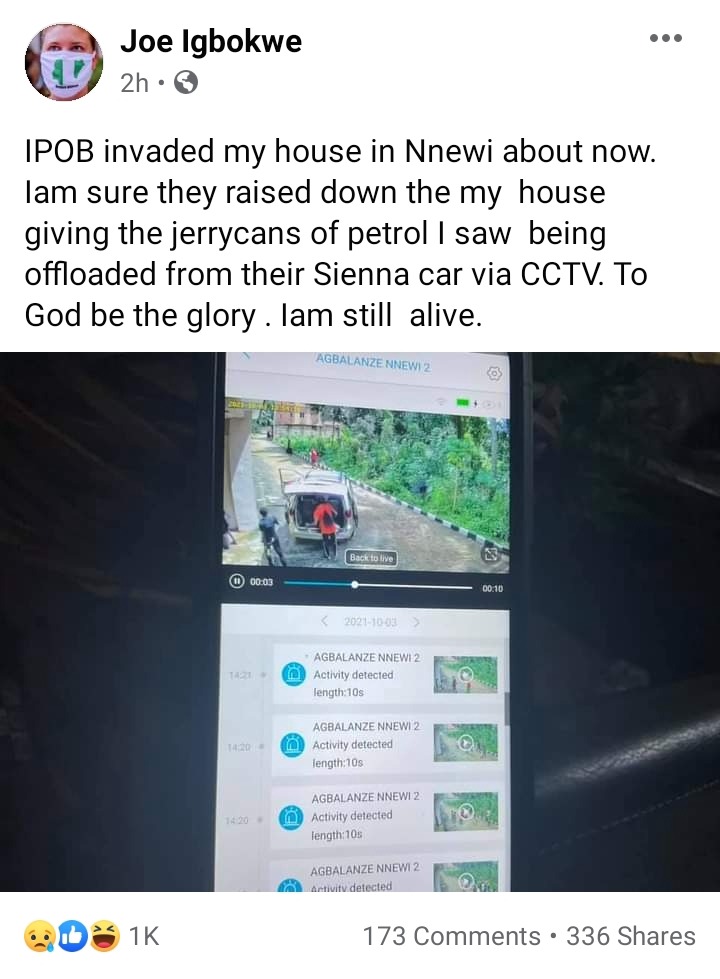 The special adviser to the Lagos State government on matters relating to drainages and water resources went further in his accusation of members of Indigenous People of Biafra by uploading a certain Closed Circuit Television footage.

In the footage he shared on his official Facebook page, he had claimed that he just heard about the invasion of his house. According to him, the alleged IPOB members had raised down his home based on the jerrycans of petrol being offloaded in the Closed Circuit Television footage he saw.

Although he was unable to substantiate his accusation of IPOB members being responsible for the attack, he thanked God for still being alive.

Mr Chike Akunyili was a husband to the former Director General of National Agency for Food, Drugs Administration and Control who met his untimely death in the hands of unknown gunmen at Nkpor in Idemili North while returning home having received a posthumous award on behalf of his late wife, Mrs Dora Akunyili. 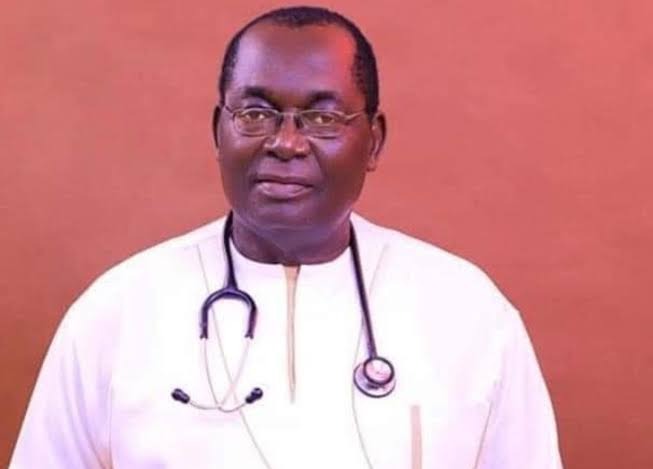 Also, unconfirmed reports said Mr Chike was mistaken by the unknown gunmen for a targeted politician in the state, but the fact remains that the deed had been done, and mistaken identity could not bring the dead back to life.

As these speculations and accusations rage on, Mr Igbokwe has now come out to clarify that the house that was touched down in the viral video he uploaded on Sunday was not his.

While speaking with TVC News @ 10 on Sunday night, the Lagos All Progressives Congress chieftain made it clear that his house was not the one burnt in the video circulating on social media as he earlier claimed, saying it belongs to a former Minister of Economic Planning and Budget. 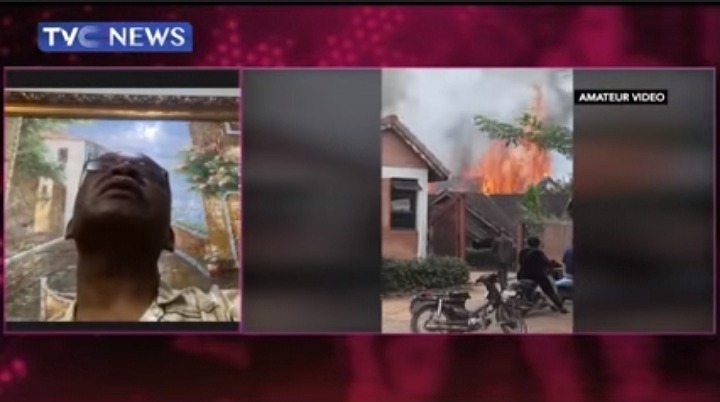 According to him, he was not in his hometown of Nnewi when the unknown gunmen struck but added that he called on phone by neighbours informing him of suspicious movement around his house, and that the burnt house in the viral video was his.

But in all these, two lessons could be learnt from Mr Igbokwe's accusation of IPOB members being responsible for the attack, and his subsequent clarification about the house that was set ablaze.

1. Nigerians should learn to verify truthfulness of information

In era of fake news and misinformation like this, it has now become necessary for Nigerians to learn to verify every information at their disposal before spreading it.

Who would have thought that the burnt house in the viral house was not Igbokwe's having being shared by him on his official Facebook page?

2. We should learn to admit when we are wrong.

Many may disagree with me that Mr Igbokwe is a man of sincerity. This is so because not many of his political class would have agreed to come on air to clarify issues of this magnitude.

In fact, some politicians of his like would have seen this as opportunity for political propaganda and to receive more empathy from the public. So, Mr Igbokwe should be commended for eating the humble pie especially in a controversial circumstance like this.