By JoeKunde (self media writer) | 2 years ago

Nigeria enjoyed democracy for the first time in 1960 after gaining independence from Great Britain. Then internal politics of interests sprang up and Nigerian Military took over, something that culminated in a civil war, before things got better again 1980. However, the Nigerian Army thought otherwise yet again that we weren't prepared for democracy with another coup.

Fast forward to 1999, democracy was yet again given a shot at and since then the country has been on a steady flow of democracy with a constitution, some might say was borrowed from the Military.

The 1999 constitution, in itself, has undergone numerous amendments and would still go through a lot more. One group saddled with such responsibility of ensuring that Nigeria remains on the steady sea of democracy is The Nigerian Senate.

The 8th Assembly was dubbed as the most busy as they passed over 250 bills. Their stay was rather tumultuous as their leadership with the then Federal Government wasn't the best of relationship. The 8th Assembly had several bills rejected President Muhammadu Buhari, who refused to assent to several bills at different times for different reasons.

The 9th Assembly came about with so much assurance and reassurance that they aren't by any means a rubber stamp of the executive government. However, lately, with the growing rate at which Nigerians have voiced out their disapproval of two proposed bills dubbed as Draconian, Hate Speech Bill and the Cyber Crime bill (to check and persecute fake news peddlers), they now face a litmus test if they would heed the people's call or they would stubbornly go ahead and pass the bills.

Over 700,000 Nigerians have append their signatures on the disapproval of the Bills and the Latest ruling from the ECOWAS court should endeavor to make the Nigerian Senate have a rethink. Let's not forget that the aspect of 'Death Penalty' has already been dropped from the Hate Speech Bill. It is hoped that a more robust approach would be taken by the Senate. 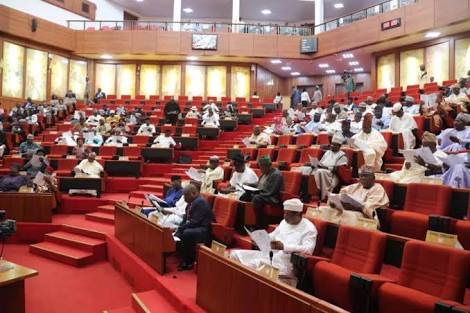 Content created and supplied by: JoeKunde (via Opera News )