Edo Politics: Here Are Reasons Why Pastor Ize-Iyamu, May Not Win The Edo Elections [Opinion] 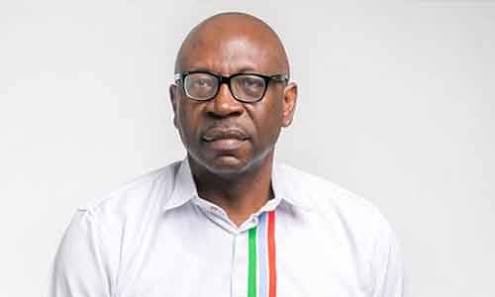 Almost immediately, Governor Godwin Obaseki, moved to the People's Democratic Party (PDP) where he was given the part ticket to represent them as the September 19, Governorship elections.

Owing to the strength of the All Progressives Congress(APC) in Edo State, many have tipped Ize-Iyamu to win the upcoming elections.

However, I beg to differ from that school of thought, with these points of mine:

1. Ize-Iyamu, has a court case of #700milion, allegedly squandered by him and three others. These accusations, were made by the Economic and Financial Crimes Commission (EFCC), hence, some of these accusations, are backed up by proof. I doubt that the good people of Edo State, would want to vote in any individual with such accusations levelled against him.

2. The good of Edo State, want an individual, who has a lot of leadership experience, hence, they would rather opt, for a man they are conversant with and as such, they may vote in Pastor Osagie Ize-Iyamu.

3. Many Edo citizens, have a first-hand experience of how godfatherism, can cripple the ability of leaders, hence, they may never want to vote into the system, any individual who has any alliance with so-called 'king-makers'.

4. The people of Edo State, may be willing to try out another party's leadership even more, as they understand that Gov. Godwin Obaseki, is no longer under obligation to answer to any 'godfathers'.

5. The present Deputy Governor of Edo State, has formed such a strong bond with individuals at the grassroot and people will always stay loyal to any individual, who does everything possible to communicate with them. Hence Pastor Osagie Ize-Iyamu, may not stand a chance.

These points, are solely my opinion and I'll be glad to hear you of view, on this issue.

Content created and supplied by: Overflow_01 (via Opera News )