No one is above the law: they broke Covid-19 guidelines at the airport and must be investigated. 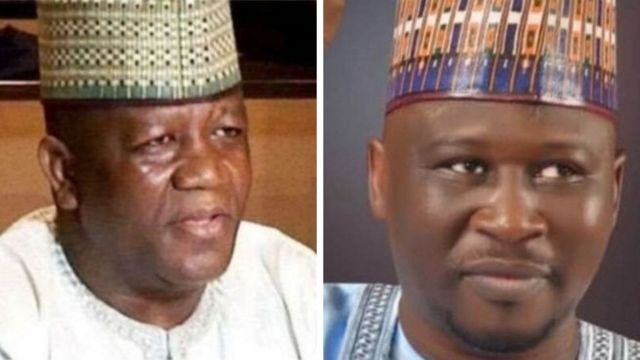 The Aviation minister of Nigeria Hadi Sirika said the government will prosecute anybody including V.I.Ps who breaks the Covid-19 protocols and guidelines for airports in Nigeria.

Sirika who said during the daily Presidential Taskforce on Covid-19 briefing such behaviour will not be tolerated from any passenger who behaves anyhow and break national guidelines including any V.I.P.

"This alleged unruly governors includes the former Governor of Zamfara state, Abdulaziz Yari whom I spoke with yesterday and the current governor of Adamawa, Ahmadu Fintiri and Chief Nduka Ogbagbuna in Abuja, we are investigating the case''.

"If we find it true, we will do the needful and if otherwise, we will apologise", he said.

This statement from Sirika came after the Federal Airports Authority of Nigeria accuse Yari and Fintiri of breaking Covid-19 rules.

Meanwhile the former governor of Zamfara State Yari said FAAN's accusation against him of pushing one of their staff and refusing to follow Covid-19 guidelines at the Aminu Kano airport in Nigeira is a false.

In the statement sent by the media consultant to Yari, Mayowa Oluwabiyi, the governor added that he demanded an apology from FAAN over their released statement and as a responsible citizen that he is, he could not do all they claim he did.

"What FAAN is saying on this case is not true, as a responsible citizen I went through all the checks at Aminu Kano airport and I didn't fight or push anybody as they are claiming."

FAAN who claimed that the former Nigerian governors chairman who traveled through the Aminu Kano airport apart from refusing to go through proper checks also pushed away a staff who was trying to disinfect his bags as one of the Covid-19 guidelines.

Second person accused by FAAN is governor Ahmadu Fintiri of Adamawa state in the northeastern Nigeria, according to the agency the governor and his people refused to be checked by the portharcourt airport staff at the arrival stand.

The agency added that the governor and his people also refused to sanitise their hands and also the bags they all carry.

Solomon Kumangar, Director General Media to governor Fintiri told the media that FAAN's accusation against him is not true.

"Our governor is a responsible person who would not do what they have said he did. He allowed recognised staff took his temperature and and that of people that followed him too."

"There are some other boys we could not identify so it is okay that the governor's aid did not allow them get too close but we followed all the rules set by FAAN ." he said.