By Therealhustler01 (self meida writer) | 1 months

As we all know, Nigeria is a diverse society with different tribes, religions and traditions. Many argue that Nigeria has the capacity to become a 'world power' if her diversity is properly harnessed while others are of different opinion.

The diversity of the country contributes to what has made some regions to feel marginalized over the years, if you ask me. A good example is the agitation for the Independent State of Biafra as the Igbos feel they are marginalized. 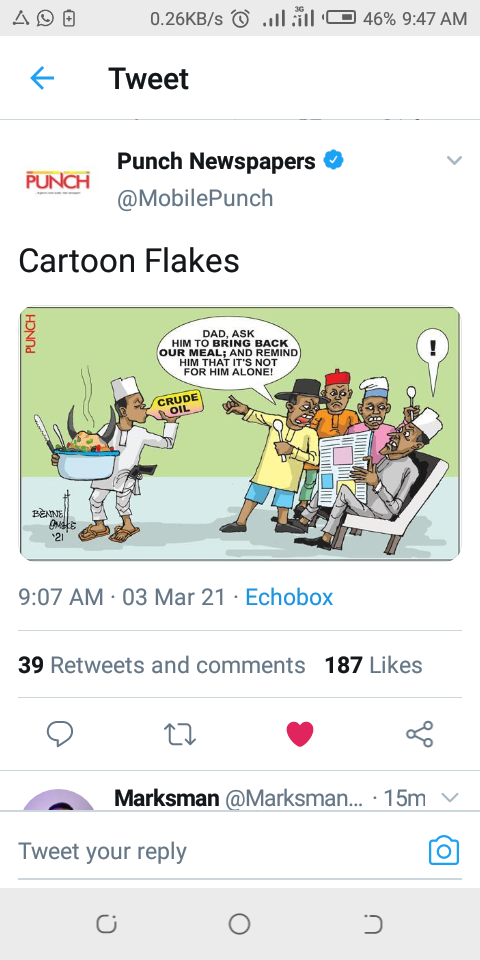 The Punch Newspapers has taken to its official Twitter page to share a cartoon which obviously depicts how the nation's resources is allegedly shared between the different regions of the country.

According to Merriam-Webster dictionary, a cartoon is simply a painting or drawing intended as satire, caricature, or humour. 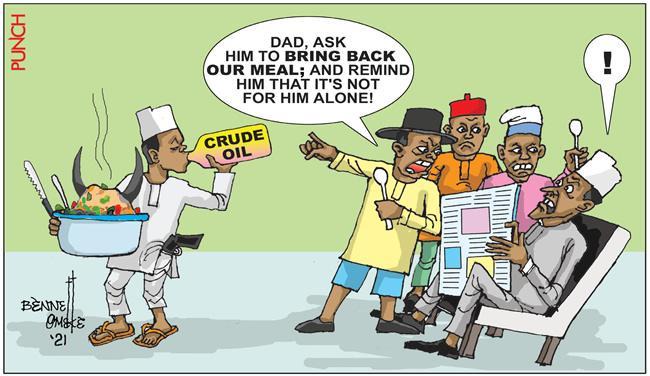 In the cartoon as seen above, a man dressed in attire mostly won by the Hausa/Fulani people was holding a basin filled with food and at the same time drinking 'crude oil' alone. There is a gun in the man's pocket as well.

Whereas, other persons who were dressed in attires mostly won by people of the Southern part of the country have nothing to themselves. They went on to report to an elderly man about the situation of things but he didn't say anything.

The cartoon has caused lots of reactions on Twitter. A twitter user identified as AbdurRasheed frowned at the cartoon, saying, the Fulani/Hausa tribes have been demonized and that the media is at the forefront of the demonization. 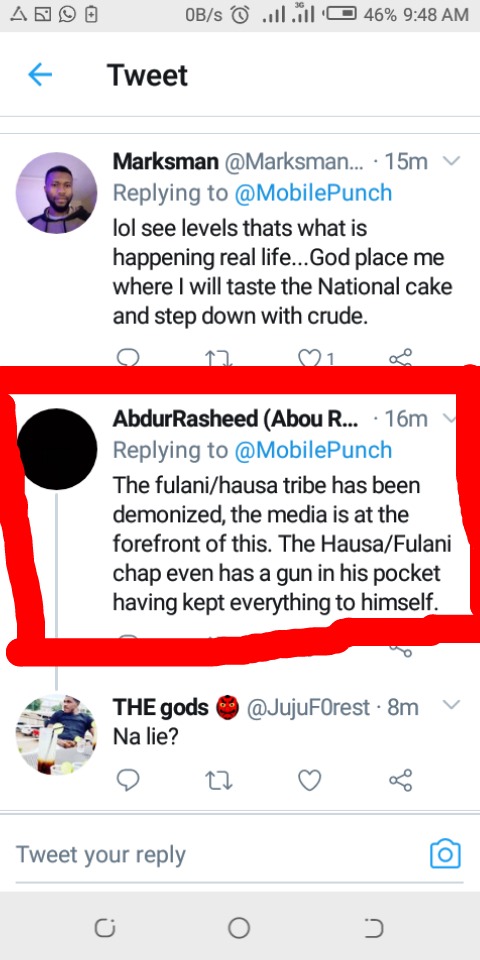 See some other reactions below; 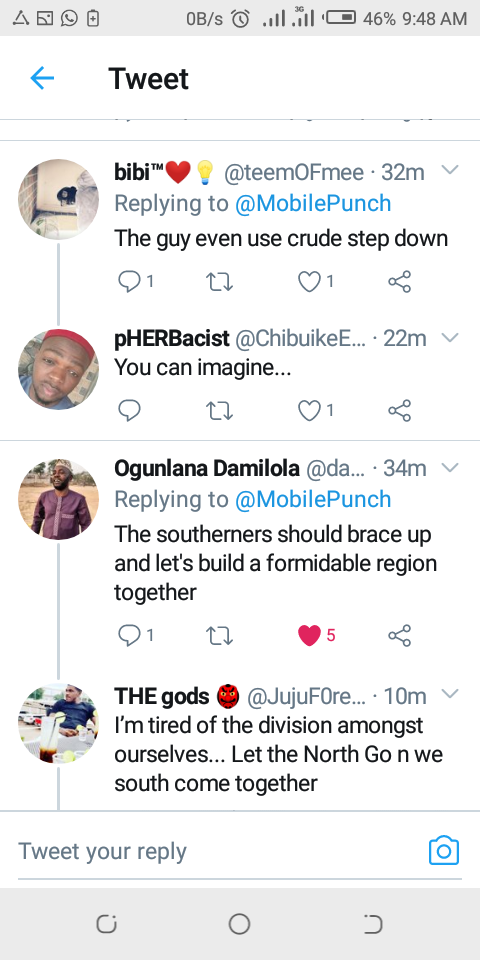 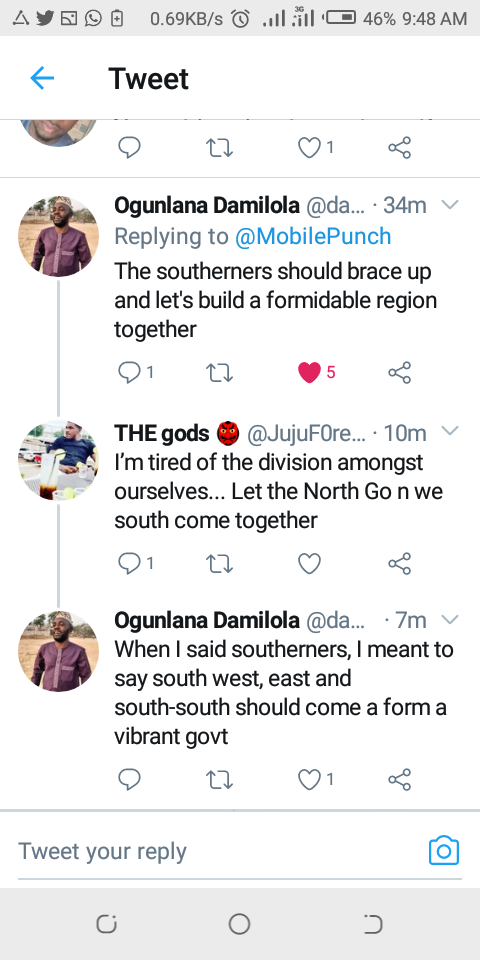 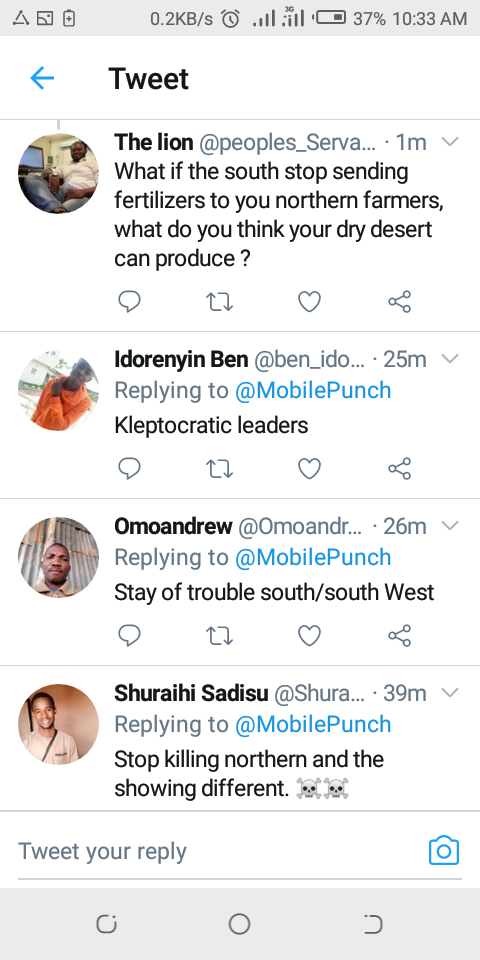 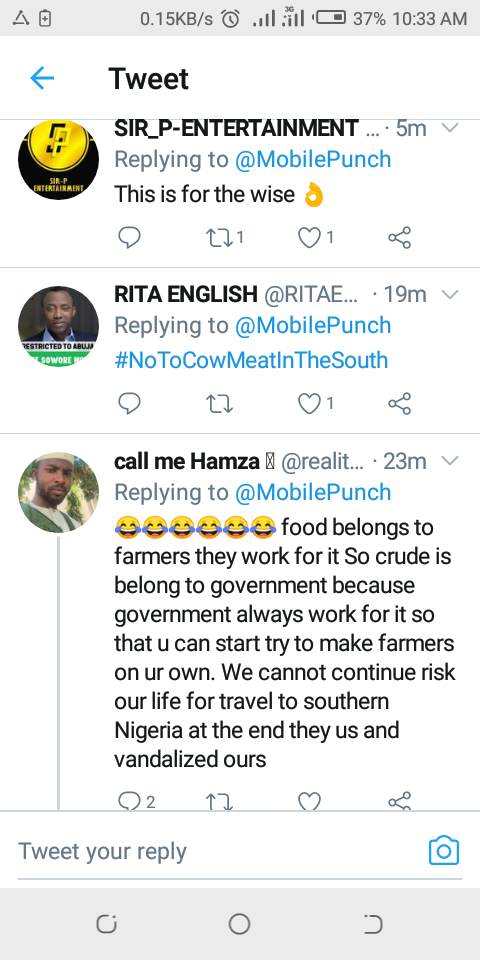 Content created and supplied by: Therealhustler01 (via Opera News )