How Ojukwu's Alleged Betrayal, Cost Him His Dream Of A Federation.

Chukwuemeka Odumegwu Ojukwu is a Nigerian who fought on the opposition camp against Nigeria during the civil war. It is safe to say he started the civil war with his declaration of a federation.

What many people don't know is that before this civil war, there was another, that was short lived. As a matter of fact, it lasted for only 12 days. This was led by Major Isaac Boro Adaka. 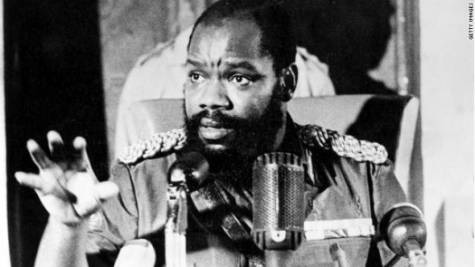 Major Isaac Boro Adaka popularly called Boro, was born on the 10th of September, 1938. He is the son of a missionary school head. So Boro had a formal education up to the university level. As a matter of fact he was the SUG president (number one student) of the university of Nigeria Nsuka as at then.

Isaac Boro was from the oil rich land of olobiri, in present day Bayelsa. Then in 1938, those areas were all under the what is called the 'eastern region', which was then headed my the military governor. Guess who the millitary governor was? Dim Odumegwu Ojukwu. Yes our very own Ojukwu. 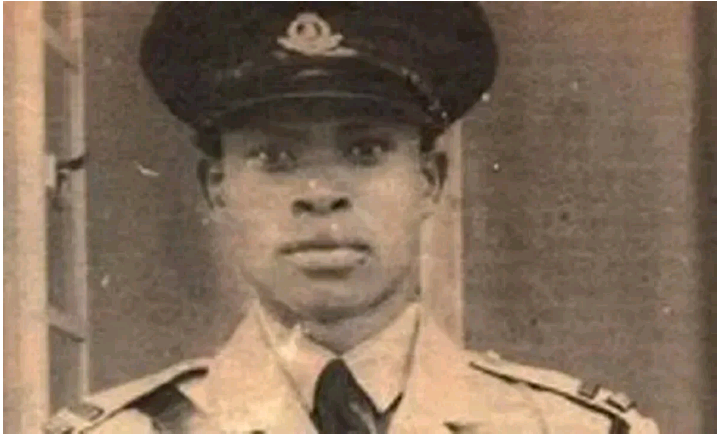 This caused major Isaac Boro to abandon his studies in his finals, to lead an arm protest against the government of Aguiyi Ironsi, over the poor treatment melted out to his people, despite the fact that someone from the eastern region was in power.

This agitation lasted only 12days, as the Nigerian forces allegedly informed and led by Dim Ojukwu captured Isaac Boro Adaka and his men. They were later found guilty and sentenced to death having being found guilty for treason.

It was alleged there was a good working relationship between Ojukwu and Adaka Boro, Ojukwu could have easily negotiated the release of Adaka Boro seeing that his eastern brother, Aguiyi Ironsi was in power, rather he left him in prison while he planned how to seceed the eastern part of the country to form his own nation.

He eventually made this declaration which resulted to the civil war. On the eve of the civil war, Major Adaka Boro who was imprisoned awaiting death by Head of state Aguiyi Ironsi, his then eastern region brother, was released from prison and granted amnesty by the Yakubu Gowon military Regine.

The general Yakubu Gowon led administration then created Bayelsa state, and made an ijaw man it's governor. This was a dream come true. Not only did Adaka Boro get his freedom, he also got what he wanted. So when the civil war broke out, he gladly and happily enlisted in the Nigerian Army and was given the rank of a Major. 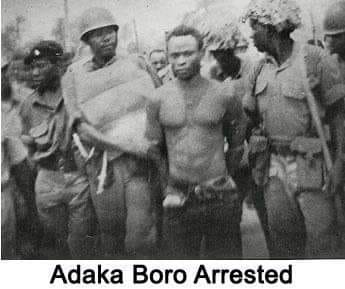 It thus became understandable, reasonable or excuseable as to why Major Isaac Adaka Boro accepted the offer given to him to enlist in the Nigerian military.

It was same Major Isaac Adaka Boro who then led the 3rd marine patrol through the Creeks, pushing back the resistance. With his knowledge of the Creeks, Nigerian marine troops gained a major head way and soon the water ways were under the control of the Nigerian government.

Without access to the waters, the Ojukwu led resistance, soon lost access to food, medicine, weapon and other forms of supply. That was the beginning of the fall of Ojukwu dream federation.

With little or no incoming supplies, the people soon began to fall to hunger and diseases than the guns of the Nigerian military. Sooner or later, Ojukwu self exiled himself, abadoning his dream federation. It was his second in command who took over and later surrendered to the Nigerian military ably led by Olusegun Obasanjo.

If Ojukwu had not betrayed the interest of the Niger deltan people by giving them that which is due them during the eastern region, Major Adaka Boro would not have led the agitation, who knows, if there has been a good working relationship between the duo, he would have worked out a release for Major Adaka Boro.

It took a northerner to release Major Adaka Boro who was awaiting his death, and thus that betrayal caused Ojukwu his dream federation.

Note there are so many stories and history surrounding this article, you could do your own research too, and you will find out that there are stories in line with this and also contradictory to this.

This is just my humble opinion and submission of the entire story. 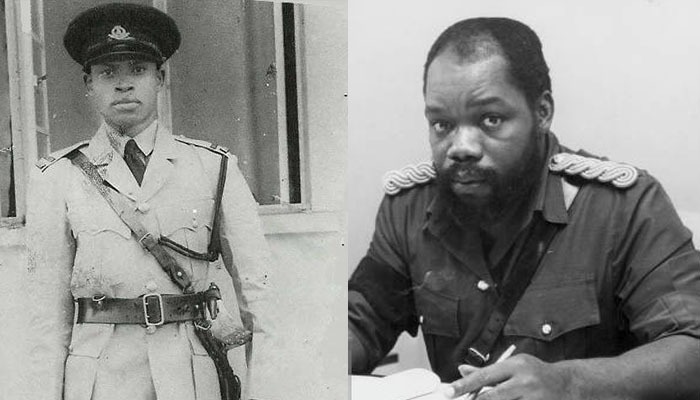 All pictures are credited to the internet.

Story is credited to research from the internet.

Also leave your comments below.