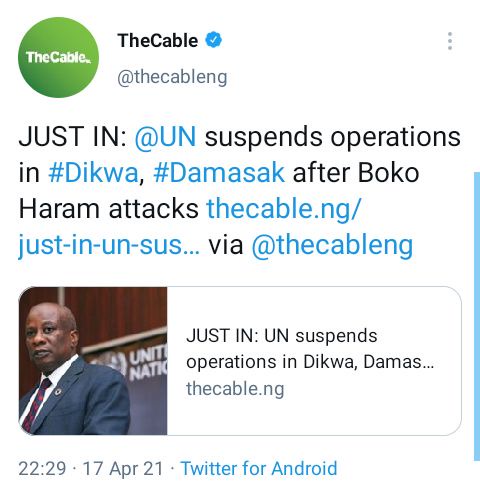 The United Nations has temporarily suspended humanitarian operations in Dikwa and Damasak in Borno state following Boko Haram attacks in those areas. Edward Kallon, UN resident and humanitarian coordinator in Nigeria, disclosed this via a statement on Saturday. He said the organization’s operations in the two areas were being put on hold to safely relocate the humanitarian staff to other locations. 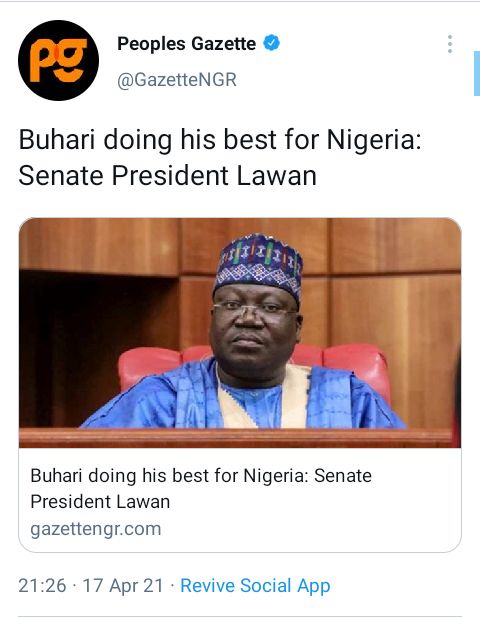 President of the Senate Ahmad Lawan says President Muhammadu Buhari is trying his best possible to ensure that things are okay with Nigeria. This is as Mr. Buhari’s insufferable regime continues with its lethargic response to security and economic challenges. Under the leadership of Mr. Buhari, bandits have stormed different villages in northern states, looting properties, abducting school students, and causing untold destruction of livelihoods. 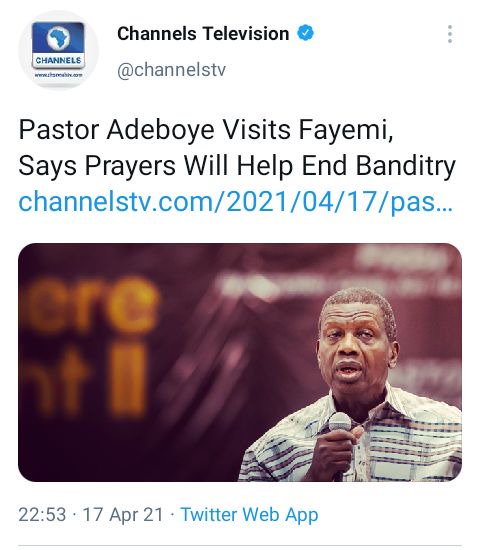 The General Overseer of the Redeemed Christian Church of God, Pastor Enoch Adeboye has reiterated his belief in the power of prayer to rid the country of all forms of criminality.

Pastor Adeboye, who said this when he visited the Governor of Ekiti State, Dr. Kayode Fayemi, also condemned the recent abduction of a traditional ruler in the state and the shooting of another monarch. He said it is alarming that criminal elements now have no regard for traditional rulers and heads of sacred institutions. 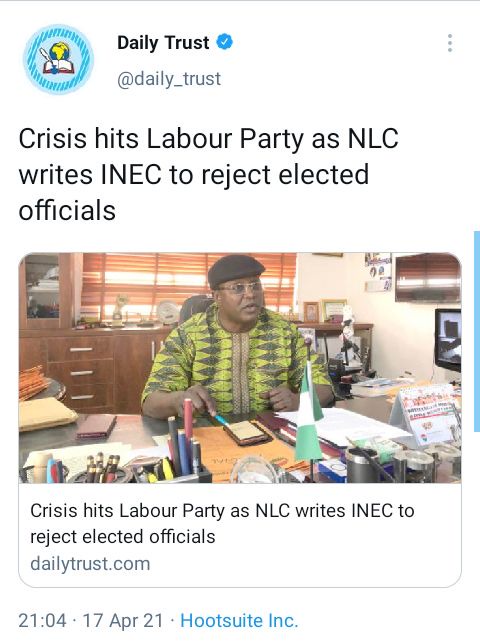 A fresh crisis is brewing in the Labour Party following an official letter written by the Nigeria Labour Congress (NLC) to the Independent National Electoral Commission (INEC) not to recognize the newly elected chairman and secretary of the party. Julius Abure and Farouk Ibrahim were respectively elected as chairman and secretary at the National Executive Council (NEC) meeting of the Party on Monday, March 29, 2021, at Benin City. 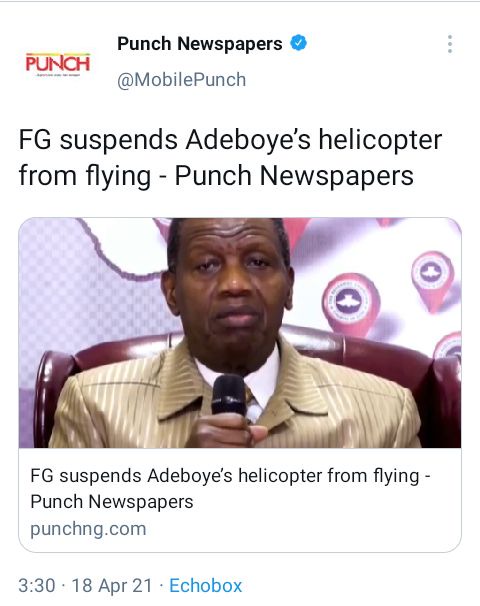 The Federal Government through the Nigerian Civil Aviation Authority has suspended a private helicopter belonging to Pastor Enoch Adeboye of the Redeemed Christian Church of God at the Lagos Airport, investigations by Sunday PUNCH, has revealed. It was learned that the aircraft, AgustaWestland AW139 chopper, with registration number 5N-EAA, was suspended from flying, following the expiration of some of its papers and spare parts. 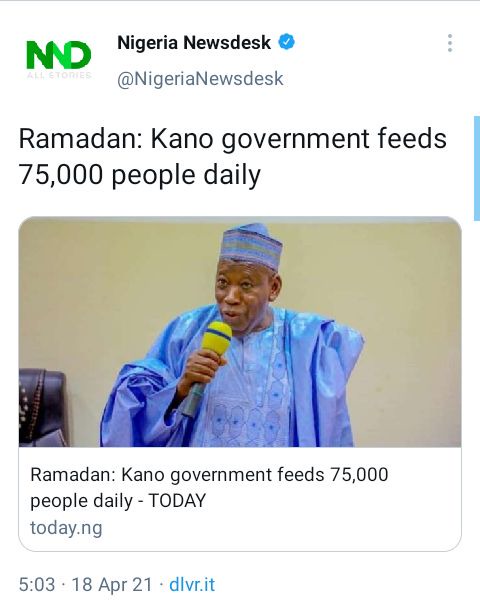 About 75,000 people are benefiting from the daily Ramadan breakfast provided by the Kano State Government, says Abubakar Kofar-Naisa, Special Assistant to Gov. Abdullahi Ganduje on Broadcast media. According to Kofar-Naisa in a statement on Saturday in Kano, the Ramadan feeding is going on daily at about 150 centers across the eight local government areas in the Kano metropolis. Kofar-Naisa, who is also the Media Officer for the distribution committee said since 2015, the governor has increased the centers for more residents to benefit. Yet Nigerian Youths Want To Do Crypto, Shame On Us All - Adamu Garba On Chad's New President

Opinion: 1 Academy Graduate Chelsea May Need To Offer A New Contract To Keep Him At The Club

5 Security Tips You Should Keep in Mind Especially When Travelling