Today's Headlines: "I Sacrificed My Parents For Biafra" -Kanu, Rochas Will Be Exonerated -Igbo Group

By Gisting (self meida writer) | 20 days 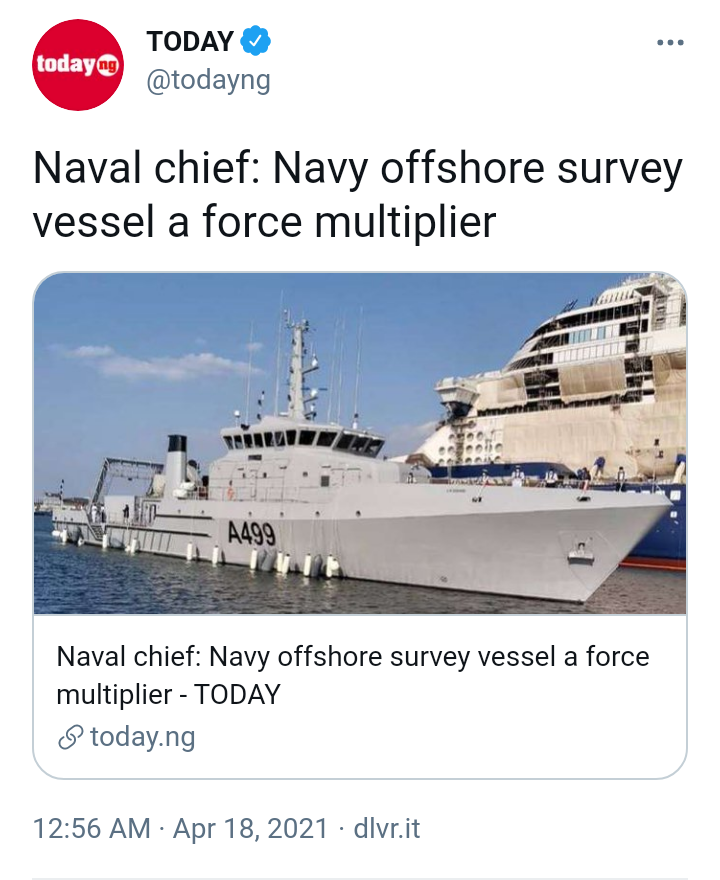 The Nigerian Navy new offshore survey vessel, the "NNS LANA", will be a force multiplier in the force’s ability to project naval power for enhanced maritime security in the nation’s maritime environment and the Gulf of Guinea, the Chief of Naval Staff, Vice Admiral Awwal Gambo has said.

Admiral Gambo spoke shortly before the departure of the newest offshore survey vessel and its crew set sail to Nigeria, in a journey expected to last one month.

The naval chief noted with great delight that the acquisition could not have been possible without the support and commitment of the President, Commander-in-Chief of the Federal Republic of Nigeria, President Muhammadu Buhari whom he said, desires the Nigerian Navy to have the requisite capability to meet her constitutional mandate for the nation’s economic prosperity. 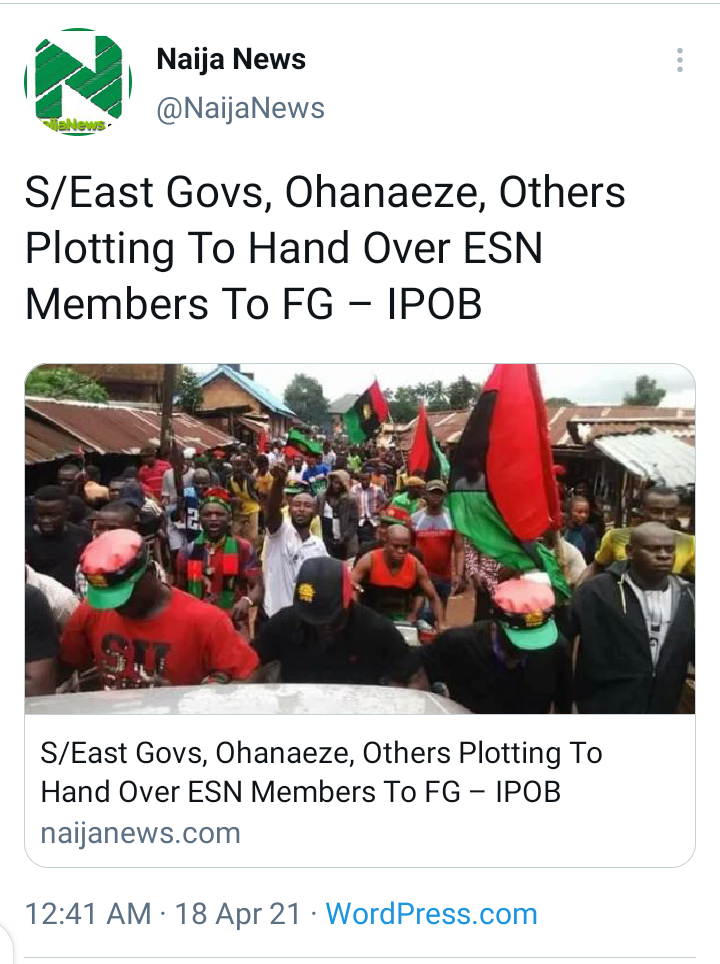 The Indigenous People of Biafra (IPOB) has accused some politicians and government officials in the South-East alongside security agencies of planning to abducted some of its members.

In a statement from the Media and Publicity Secretary, Emma Powerful, IPOB alleged that Southeast Governors, Ohaneze Ndigbo, traditional rulers and President Generals of some communities were secretly compiling names of suspected IPOB members and ESN operatives across the zone.

The proscribed Biafra group stated that the named individuals want to transmit the names to the Nigerian government.

Rochas Will Be Exonerated -Igbo Group 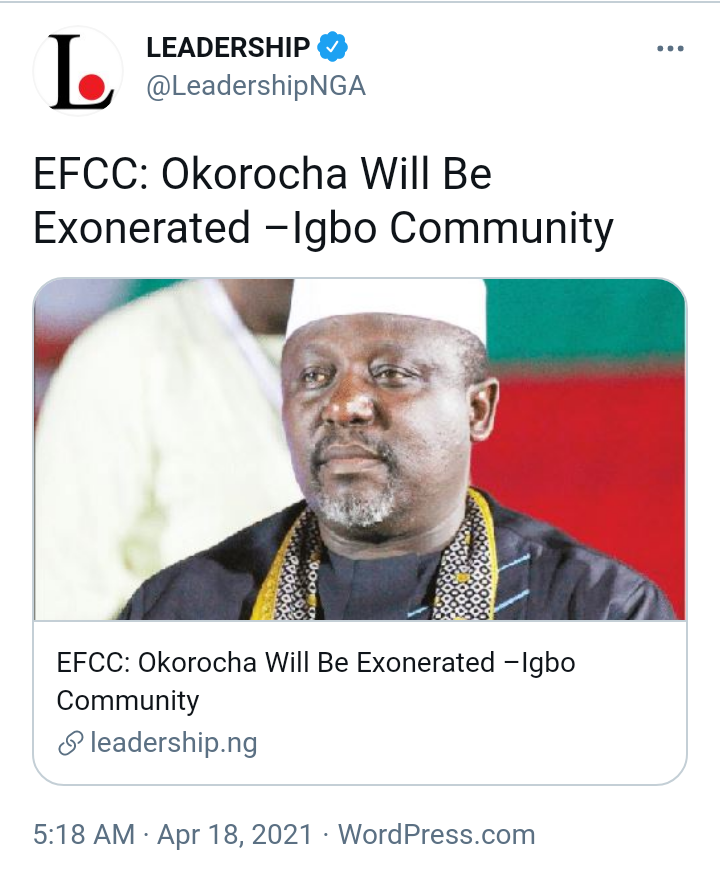 Igbo indigenes living in Abuja, under the aegis of Igbo Brotherhood Community in Abuja, have lauded the release of Senator Rochas Okorocha by the Economic and Financial Crimes Commission (EFCC).

The former Imo governor was arrested by the anti-graft Agency but was granted bail after 48 hours.

In a statement signed by its spokesman, Chief Chiadikaobi Uwaoma, the group said they had implicit confidence that Okorocha would eventually be exonerated. 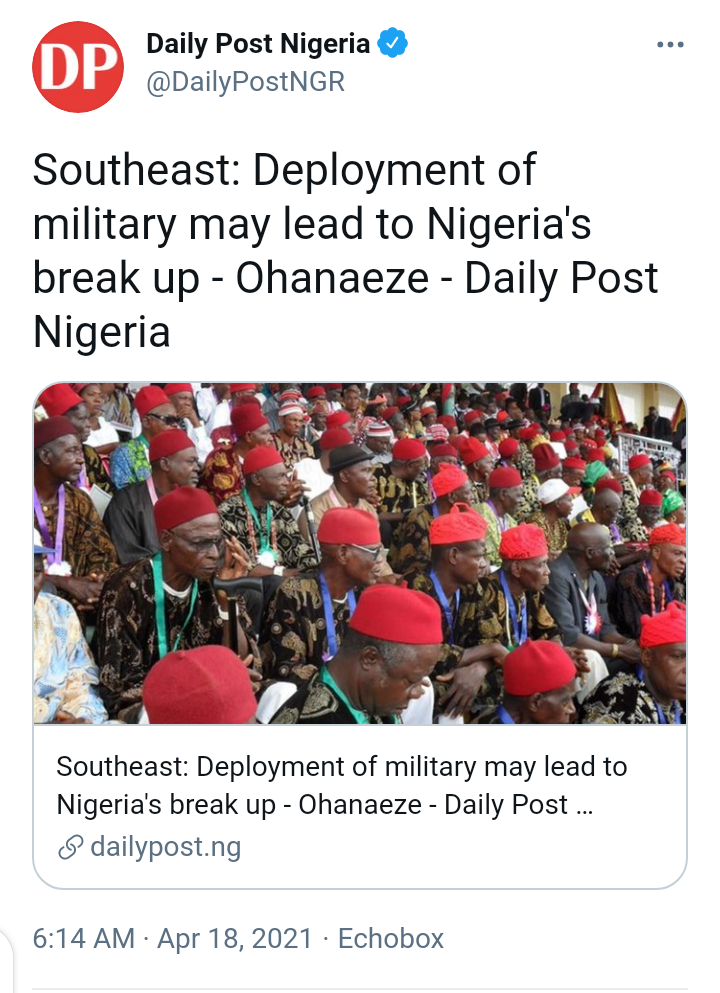 The Ohanaeze Ndigbo Worldwide, on Sunday, cautioned the Federal Government against any deployment of military to the South-East.

It warned that such action could lead to Nigeria’s break up.

Mazi Okechukwu Isiguzoro, Secretary General, Ohanaeze Ndigbo Worldwide, gave the caution in a statement he made available to DAILY POST.

He said the “Southeast has remained the nation’s safest place for foreign and local investments. What is happening now is not strange as the UK Ambassador announced in his earlier warnings that Northern bandits were sponsored to the South, possibly to wreak havoc and tensions in the region.

"I Sacrificed My Parents For Biafra" -Kanu 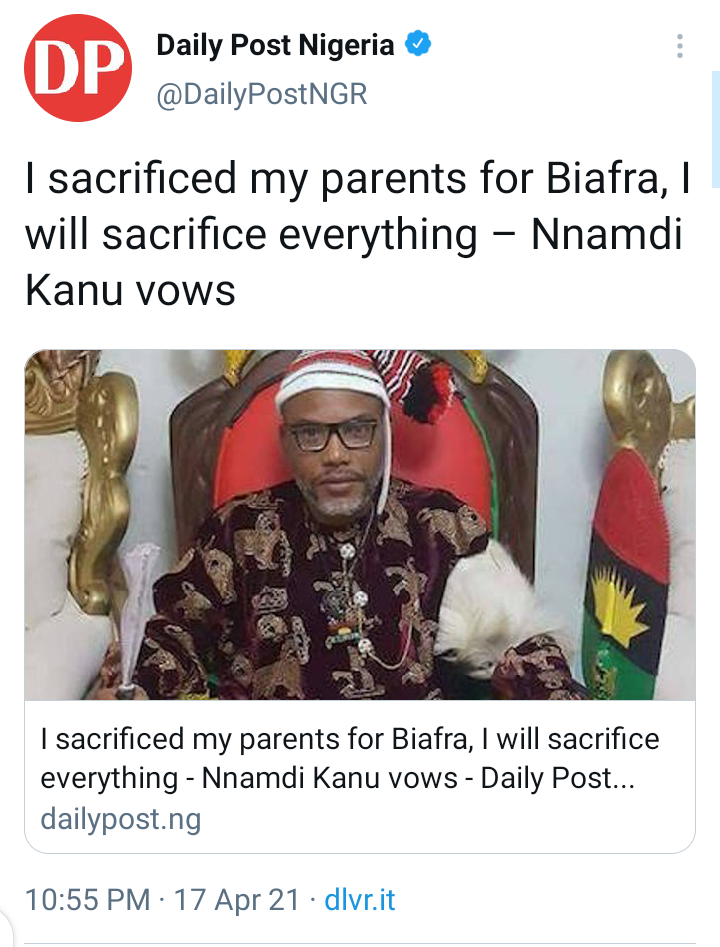 Kanu stated this on Saturday evening through an inscription on an image he tweeted on his official Twitter handle which also indicated the date and time for his usual live radio program on Biafra radio. 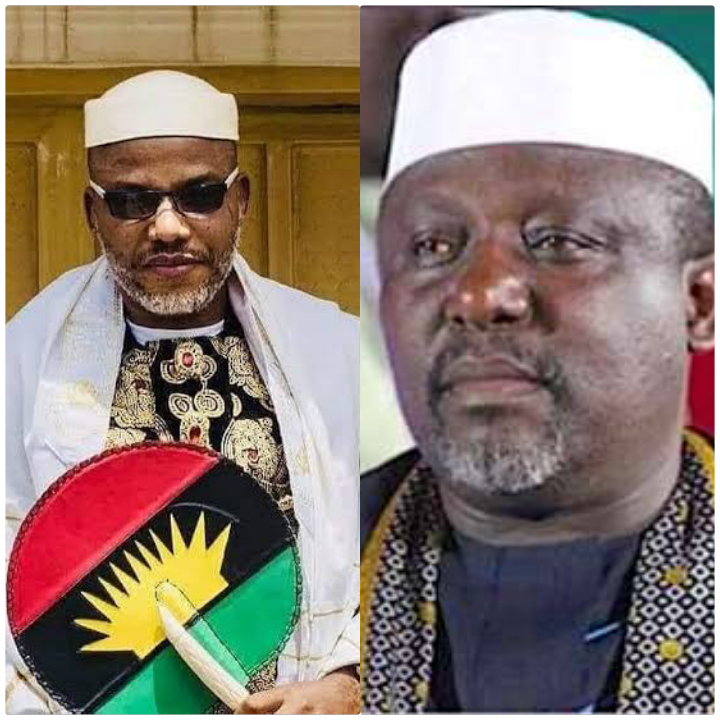 Demurrage: A Plague In Disguise

How Inter-Agency Co-operation Will Benefit the Maritime Industry