Corruption in Nigeria: How and when did we get to this level in corrupt practices?

By Princillin (self media writer) | 2 years ago 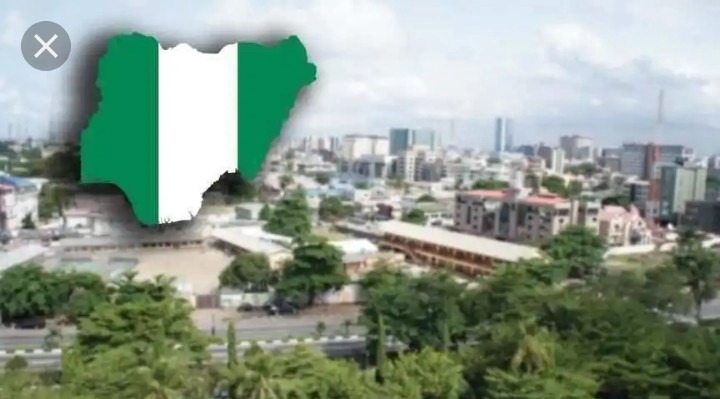 Corruption is the greatest single bane of root in Nigeria, it will be tackled head- on at all levels. There will be no scared cow. Nobody, no matter who or where will be allowed to getaway with the breach of the law. Our fight against corruption is total and we are not going to spare anyone no matter how highly placed. This nation is grater than any individual or group and will confine to promote the greatest good for the greatest number "-president obasanjo 1999. Now, the big question is how did we get to this level in corruption?, even though the Government have established all forms of agencies With the aim of fighting corruption (I.e EFCC and ICPC). Still yet there is little or no effect in the fight against corruption, a nation once respected and highly valued among other nations of the world, a nation once regarded as the GIANT OF AFRICA is now a shadow of itself, wallowing in corrupt practices. With no one been exempted ( both small and great) in all works of life. The national treasury is now a national cake, in which anybody who happens to be in power or position cut his own junk with him and his subjects using the iconic slogan " chop make I chop". Who could have believed that an EFCC chairman whom should have been at the forefront of the battle against corruption, would be accused of indulging into such practices.

Before we start beating our drums and pointing accusation fingers to the government, let's ask ourselves who are the government??. Simple, the government is you and I, Yes we are the government we own it cause we single handedly gave whosoever that's in position that veto power to rule through our votes. Now, that we have known who we are how do we engage in the Herculean fight against corruption. We start from the scratch, it is not surprising that a child in BASIC 6 or less can inflate the price of textbooks in school, fees or levies in other to extort money from the parents, what about those that are in higher institutions who doesn't only inflate the price but lie about one project or the other in order to extort money which they will eventually lavish. Let's take a trip to our companies,factories and schools, the act of ghost working ( ghost worker) is now the in thing in many public companies, it has reached the extent that the number of ghost worker are now more than the number of real humans employed, still we hear no job vacancies. It has reached the stage now where people pay in " cash or kind" for a job that they are well qualified for, a job that is meant for every citizen that is well and able of handling such job is now done by favoritism or trade by barter. Go to the public schools you will be shocked, a child in Jss1 don't know common arithmetic that a child in BASIC 3 in private school can solve at a wink of the eyes, how can he know when the teachers come to school whenever they like, some can stay for a full month a appear in school only once or twice, likewise the university lectures. They prefer the own businesses than the future of Nigeria children and youth.

Our commissioners, Governors and ministers now pad the national budgets with an unspeakable amount of money and still yet little or no infrastructure is executed, if any is been done it will be a substandard of the real version we expected.

"Corruption is a hydra-headed monster and a cankerworm that undermines the fabric of all societies. It does not differentiate between a developed country and a developing countries. It constitutes a serious threat to good governance, rule of law, peace and security, as well as the development programs aimed at tackling poverty and economic backwardness"-President Buhari. Therefore, before accusing the President for failing in the fight against corruption, in your own little corner and way what have you contributed to the fight against corruption which is now a national epidemic. Let's all join hands in one accord despite our tribes, belief, origin and culture and fight this monster with one mind,love, unity and harmony,so as to rise Nigeria to the mountain top and also create a peaceful and better Nigeria that we all will be proud of.

Content created and supplied by: Princillin (via Opera News )