The police have released the Former Acting Chairman of the Economic And Financial Crimes Commission (EFCC), Ibrahim Magu after spending 10 days in detention.

On the 9th of July the presidential panel investigating the allegations against him gave him two days to consult his lawyers, after it was noticed that his response to the allegnations were incoherent.

The high investigative panel sitting in the Banquet hall of the Presidential Villa, asked Magu to provide detailed information on the works of the EFCC since he took over in 2015, they had also asked him to give detailed explanation on the total number of properties that were recovered, the location and what has happened to this properties and if they have been sold, they asked him to provide full details of the sale process so they could determine whether or not the commission under his watch followed due process in selling this properties.

During his time in detention, the People's Democratic Party (PDP) stated that Magu must be prosecuted.

In a statement which was signed by the National publicity secretary of the party Kola Ologbondi, PDP stated that the allegations against Magu as stated by Malami, has really put a question mark on the fight against corruption led by President Buhari.

The PDP claimed that this allegations have proven that the fight against corruption by the EFCC under Magu has been nothing but a scam. 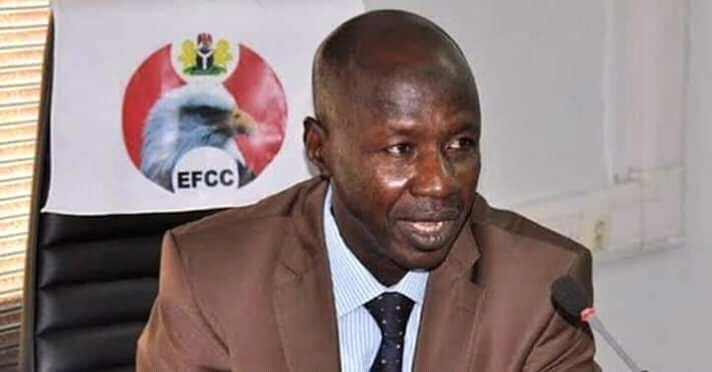 We believe that Magu would use the available time that he has left to connect with his lawyers, to provide a concrete defence in his favour, to prove his innocence against all this allegations which are starting at him at the face, which I fully doubt would be impossible to achieve.