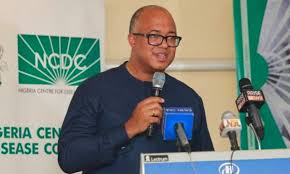 The Director-General of the Nigeria Centre for Disease Control, Dr Chikwe Ihekweazu, has said that Nigerians will soon be able to get their COVID-19 tests themselves.

Ihekweazu made this known at the Saturday Presidential Task Force Press Briefing in Abuja where he said that the major issue why tests results were delayed was due to the complicated process of getting results across to the people.

According to him, Nigeria has tested over 200,000 people but the process of communicating the results has always been a major hitch in the process, not the testing itself.

Ihekweazu said, “We have done over 200,000 COVID-19 tests nationwide and most people get their test on time.

“The major factor driving the delay is not in the testing; it is in the process of getting the results to individuals. We have thought of various models and we don’t want to bye-pass the states because they are the custodians of the public health response and if we do that for this disease, it will then be difficult to define when to stop.”

According to him, the agency is working on new communication platforms where Nigerians will get their results first-hand.

He explained, “What we are trying to do now is to use technology. Last week, we mentioned that we have been working on a new platform and in a few weeks, people would be able to check their new results themselves. That platform is nearly ready and that will provide a solution at least for people to get a result of the test they have had.”

Ihekweazu explained that delaying tests results was not very common with laboratories.

The NCDC DG said, “There are very few reasons why delay could have been possible. Yes, things happen. For instance, in Ebonyi State, we have had to shut down the laboratory for a few days to decontaminate the laboratory. There are unique circumstances where testing is delayed because of an event, but it is very unlikely that a laboratory that is working will delay results for three weeks. So there must be something specific that happened in that case.

“I do think that we will continue improving over time and we have improved a lot, we will keep working hard at it to make sure that every Nigerian has a better impression and experience of the work going on across the country.” 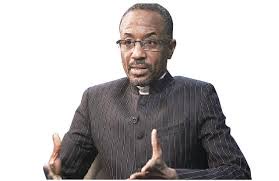 Former Governor of the Central Bank of Nigeria and immediate past Emir of Kano, Muhammad Sanusi, has said corruption will continue to fester in the country if incompetent persons occupy leadership positions and if there is nepotism in the system.

He stated that these would also continue to hinder the country’s development, noting that if citizens did not consider merit and competence in choosing their leaders, the country would make no progress.

Speaking on Friday at a webinar themed, ‘The sustainability of society’, organised by the Emmanuel Chapel, Sanusi explained that inasmuch as the Federal Character principle enshrined in the Constitution has to be followed, the best brains from the different parts of the country should be appointed or elected into public office.

Meanwhile, when asked by one of the moderators the three fundamental catalytic reforms he felt could catapult Nigeria to a better place within the next seven to 10 years, Sanusi identified political reforms, especially the amendment of the Constitution to reduce the cost of governance and promote efficiency. 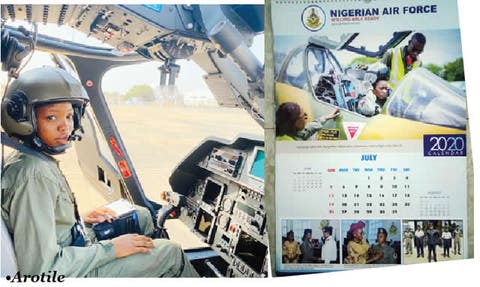 The Nigerian Air Force will today (Sunday) release the details of the outcome of its preliminary investigation into the death of Flying Officer Tolulope Arotile, Nigeria’s first female combat helicopter pilot who died on Tuesday.

The NAF Director of Public Relations and Information, Air Commodore Ibikunle Daramola, stated this on Saturday in a release titled, ‘Preliminary Investigation Report on the death of Flying Officer Tolulope Arotile,’ adding that members of the press were invited.

Our correspondent had reported on Saturday that the NAF was investigating the circumstances surrounding the death of Arotile at the NAF Base in Kaduna State, and two suspects had been held.

It was also reported that the late officer would be buried in full military honours at the National Military Cemetery, Abuja, on Thursday, July 23.

On Saturday, in a release, NAF’s spokesperson, Daramola, said, “The NAF will tomorrow (Sunday), July 19, hold a press conference to give details on the outcome of its preliminary investigation into the circumstances surrounding the death of Flying Officer Tolulope Arotile which occurred on July 14.

“The event will take place at the Air Marshal MD Umar Blue Room at Headquarters NAF Abuja at 2pm. Accordingly, members of the press are please invited to cover the event.”

Sunday PUNCH gathered that Arotile in same month of July when she died was the personality of the month on NAF Official 2020 Calendar alongside Kafayat Sanni winged as the first female fighter pilot.

Ondo: Over 4,500 delegates for APC, PDP primaries this week.

As political parties in Ondo State are preparing for the primaries this week, no fewer than 4,500 members of the All Progressives Congress and the Peoples Democratic Party would take part in the election.

At least, 12 aspirants are contesting the APC ticket while eight are vying for the ticket of the PDP at the primary.

In the camp of the APC, according to the state Publicity Secretary of the party, Mr Alex Kalejaiye, over 2,500 delegates would participate in the primary on Monday.

He said, “There would be 12 delegates from each of the 203 wards, 72 from the state executive. We have delegates from local government areas; we have House of Assembly and National Assembly members as automatic delegates. We also have special delegates.”

On the side of the PDP, it was gathered that over 2,000 delegates are expected to participate in the primary of the party scheduled for Wednesday.

The Publicity Secretary of the party, Mr Zadok Akintoye, was not specific about the exact number of the delegates because he was not with the list at the time of speaking with our correspondent but noted that they were over 2,000.

“I am not with the list as I am talking to you now but I’m very sure that we have more than 2,000 delegates,” Akintoye stated.