By speakerphone (self meida writer) | 2 months

Daily Post had reported that Lauretta Onochie's nomination as National Commissioner of the Independent National Electoral Commission (INEC) had been rejected by the Senate based on a potential violation of Federal character. 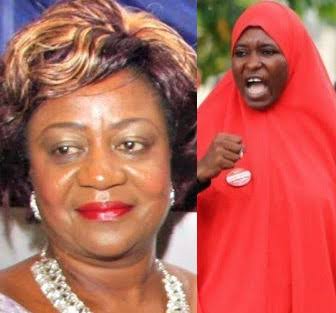 The human rights activist and convener of 'Bring Back Our Girl", Aisha Yesufu has, however, reacted to the rejection of Lauretta Onochie by saying that President Mohammadu Buhari wouldn't put it past him to send her name again for the position.

She started this statement while noting that the present rejection makes it the second time she has been nominated and rejected for the same position. 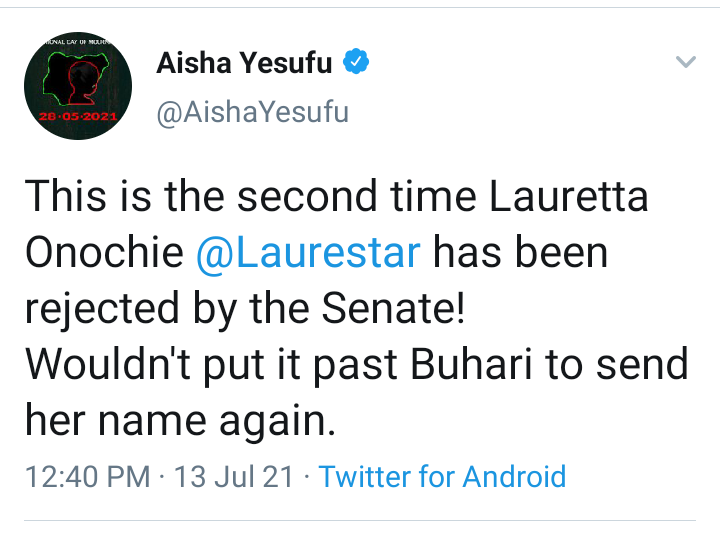 Some days ago, during the appearance of Lauretta Onochie before the senate for screening, she was accused of being a card-carrying member of the All Progressives Congress, an allegation she denied with claims she left the ruling party in the year 2019 after the Presidential election

Unfortunately, today the Senate confirmed the appointment of five other members that were nominated for the position and dropped Lauretta Onochie.

What is your take on this? Can President Mohammadu Buhari nominate her again?