By TheRealMojiDanisa (self media writer) | 2 years ago 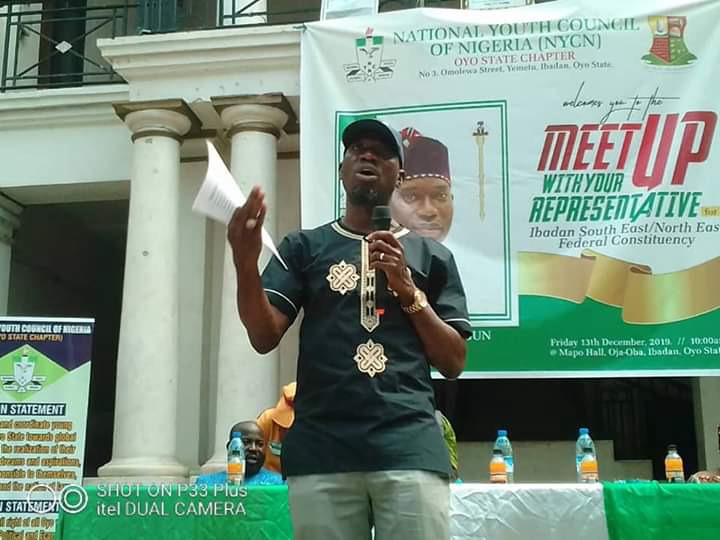 When a people appoints their leader, most often, it is based on integrity, hardwork and mass appeal. On the local level, the people are versed enough in the character of a man or woman before presenting the person as their representatives.

Local politics therefore, is where leaders are formed, shaped and made ready for bigger political turfs.

There is an argument that those who haven't gone through grass roots politicking should not be allowed to run for office on the national level because anyone who can succeed in his locality and has fully understood the needs of the people, would generally apply such principles beyond his immediate environment knowing that problems solved at grassroots level have a major impact on national affairs.

It is therefore reprehensible that someone who has been able to serve his people diligently on his consistency level will be singled out and subjected to unfair treatment by people who really don't know him just because of silly partisan politics.

This happened to Honourable Abass Akande, representing the people of Ibadan South-East and Ibadan North East at the Nigerian Federal House of Representatives.

That a few people would sit down somewhere, doctor a video of the Honourable, edit it to look bad and throw it on the social media to ridicule him, is very disheartening and a repulsive act which must be condemned.

This is a man who has achieved in less than two years, what many on both state and national levels cannot dream of.

A man who has empowered his people and had a worthy list of achievements even before his first year in the House was celebrated.

Nigeria's politics of calumny is becoming very disrespectful and indeed dangerous because people who really want to serve would be discouraged knowing how people are willing to practice politics of bitterness and disdain for avhievements.

If a man is overwhelmingly voted for by his constituency and still garnners huge support and flowing, it is because his people saw qualities in him that are worthy of the position. He must have impacted on his locality admirably and the people need him to do more as their representative. If he has the requisite educational qualifications, he did not forge his certificates, a criminal trend we have found in many of our leaders, he passed through school with good grades and not in the ilk of those who pass out with 20% as cut off marks, he is eminently qualified to represent his people on any level they choose.

Hon. Akande remains one of the few house members who strive for excellence and who is active in his legislative duties on the floor of the House of Reps through motions and bills. He is not like those who just go there to collect constituency allowances and warm the bench.

Those who tried to mock him by circulating a doctored and badly edited video for reasons best known to themselves make only a ridicle of themselves given the commendable achievements of Hon Akande.

Honourable Akande was not sent to the house to become a walking Webster dictionary, he was elected to serve his people and he has done that creditably well. 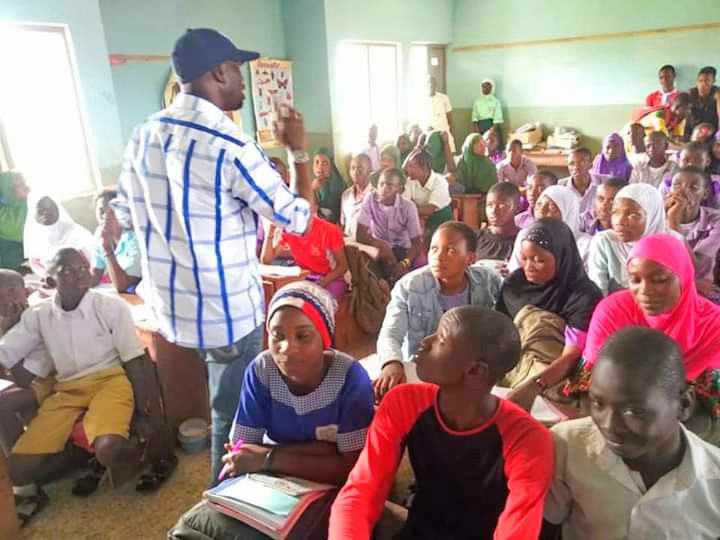 Basing his campaign on Six( 6) major key points, Akande, believed he could contribute to developing the life and prosperity of the people in his constituency.

They are as follows:

1. Make new laws, amend the old laws and move the motions that will impact positively into his constituency, Oyo State and Nigeria at large.

2. Reducing Unemployment Rate within his constituency

4. Improve and Contribute towards the Education of his people

5. Development of his constituency.

6. Empowerment for the youth, women, widowers and Market women. 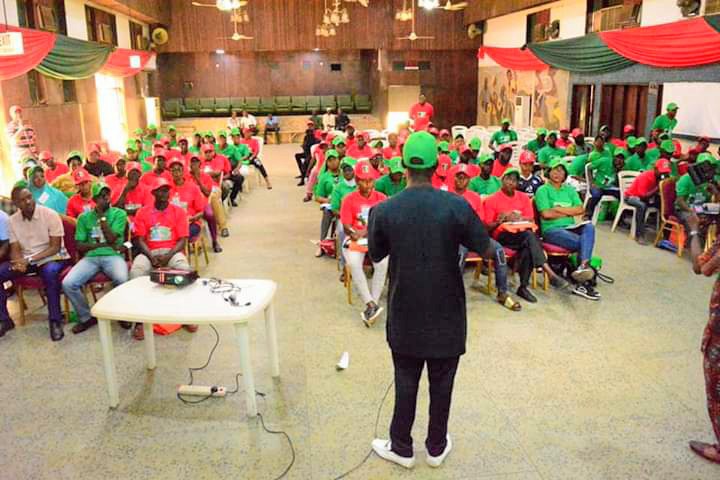 Since making those campaign promises and on resumption as a member representing his people, to make new laws, amend the old laws and move motions that will impact his constituency, state and country positively, he has moved a motion on the provision and increased welfare packages of Security Agencies in Nigeria, such as Police, all the Armed Forces, DSS, Civil Defence, etc, and the motion was Passed.

He has jointly sponsored a motion on the Inferno (fire) that occurred in his Constituency, Orita Aperin market and petrol tanker at Onipepeye which claimed one person's life. The motion was Passed. 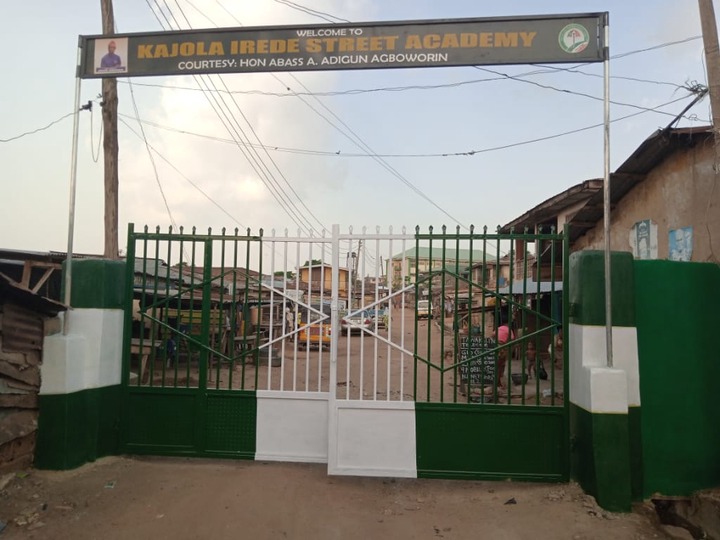 He also contributed to the amendment of motion on COVID-19, which called for the closure of all the schools but moved for an increase in manpower on all ports of entry into Nigeria, such as Land, Sea and Airport and proffered that a 24hr working shift be adopted, for proper and accurate checks to be done on people coming into the country. It was passed.

On the amendment of a motion calling for the federal government to remove all wrecked ships on the nation's ocean and seashores from Lagos to Port-Harcort, to reduce environmental diseases and disasters in the ports, Akande pushed for an amendment for the government to involve the Nigeria Navy and other stakeholders to get it done was passed.

The Amendment COVID-19 calling for the federal government to take over some university campuses which are on vacation as testing centers was another motion Akande contributed. He postured that the federal government establishes testing center in all federal higher Institutions for proper and accurate testing before the schools get back in session.

Akande was one of the two Honorable members from South West that were in a ten man special envoy of Nigeria and Japan Commission Committee, headed by Speaker of the House of Representative, Hon. Femi Gbajabiamila. 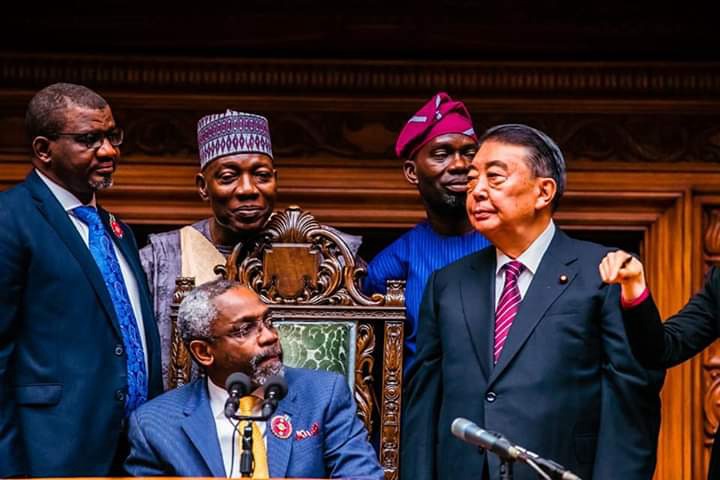 He is the only Honorable member 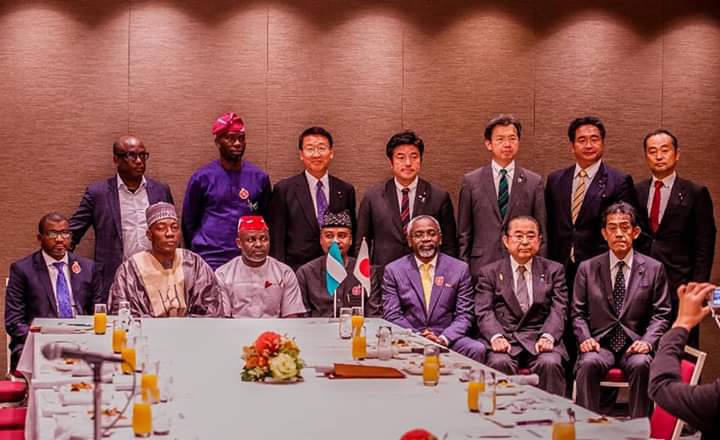 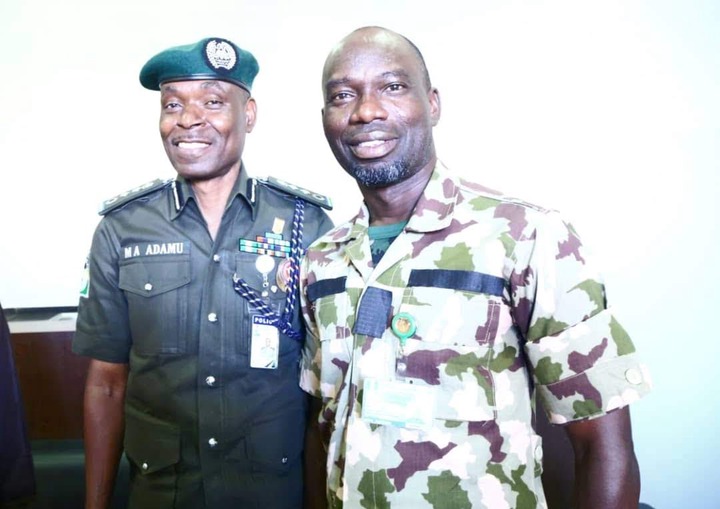 Nigerians should indeed be on the lookout of such men of proven works and integrity if truly they want the country to grow.

Here are his uncommon achievements on constituency level:

1. Reducing Unemployment Rate within his constituency

Getting instructors from the Ministry of Agriculture to train Women and Youths on Agro Business within his constituency. They were trained on Fishery, Farming and Poultry with 120 beneficiaries.

Each of the students went away with a start up business amount of Fifty Thousand Naira (50K) each.

2. A trade school for six months schedule programme is underway as the training center to be used is ready and registration is ongoing now. The training will be on the following trade jobs: Tailoring, Barbing, Hair Dressing, Tiling and Computer and on graduating, they will be provided the basic equipments for all graduates to start the job. 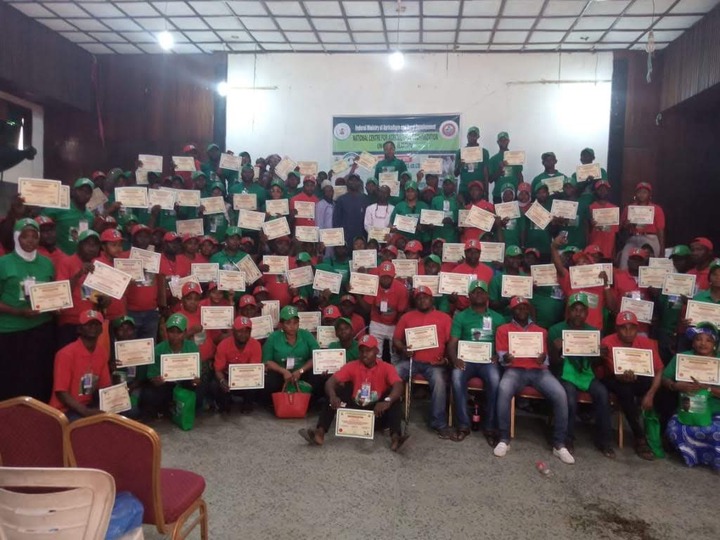 3. Akande has secured jobs for two people from his constituency, one person from Ibadan South East while the other from Ibadan North East, as they have been enlisted in the Nigeria Army.

The honourable has had several meetings with all the DPOs within his federal constituency to find ways of enhancing security operations.

He has since erected security gates in four different communities in Ibadan South East.

He also held several meetings with local boys within his constituency for peace to reign.

Akande has also supplied a generator to the Security building of the main entrance of National Assembly as well as repairs of Borehole and lights.

Akande remains the only Federal Honorable that has sponsored school lesson for SS2 & SS3 all year round and supplied them with exercise booklets for the two local governments in his constituency in Oyo State. 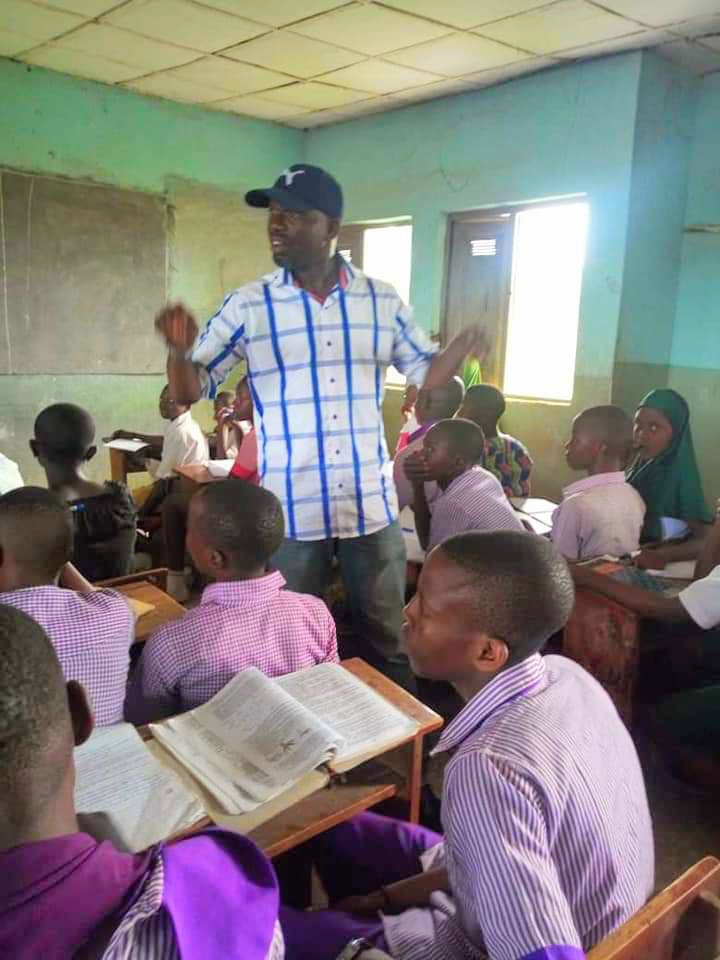 He also paid for the last JAMB forms for 200 students, placed them on further lessons which resulted in over 30 students scoring more than 200 points in the exam, with the highest scoring 306.

5. Development of His constituency.

The mini stadium inside the Oke-badan High School in Ibadan North East Local Government which is one of a kind in honour of HE Gov. Oluseyi Abiodun Makinde. 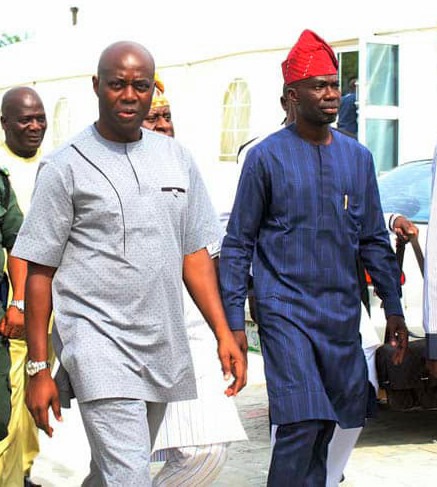 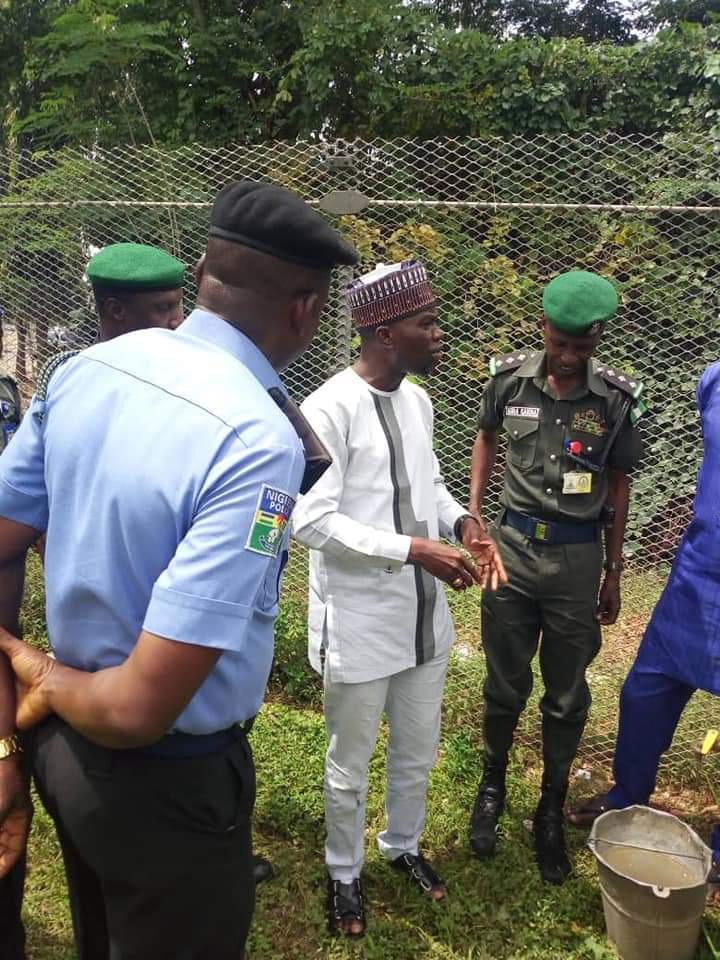 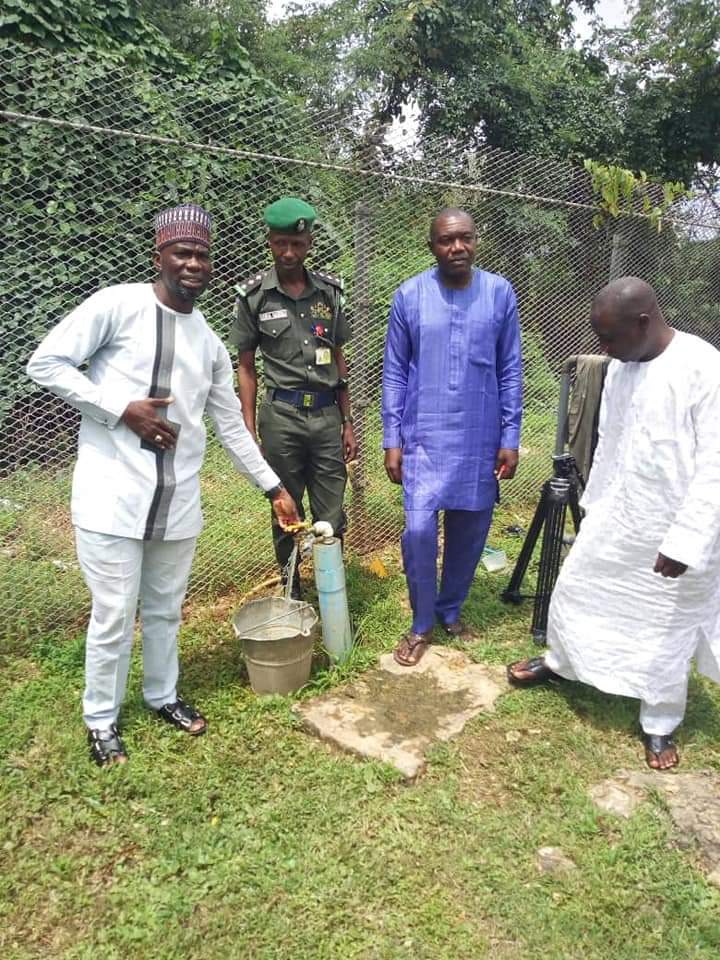 over 50 women within his constituency with cash for trade and training.

Content created and supplied by: TheRealMojiDanisa (via Opera News )