By Brilliance (self media writer) | 23 days ago

Governor Fayemi Kayode of Ekiti State will be finishing his second term of office in 2022. He has tried in the areas of the economy and social investment in the state, and as such, he will like to anoint his successor so that his legacies will be sustained in the State. Though, certain factors might work against his party in 2022 even though is in power. 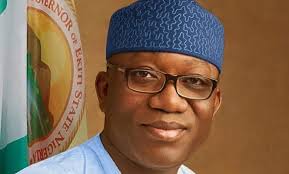 The two major factors that might work against Fayemi and APC in Ekiti State gubernatorial election are Internal Crisis and the Strong Opposition.

Governor Fayemi falls out with prominent APC members in the State, notable among them is the former Minister of Works Mr. Dayo Adeyeye. This led to factions in the just conclude State Congress.

Two-party chairmen emerged one for the governor Fayemi's faction and the other one belonging to the faction led by the former Minister of Work Mr. Dayo Adeyeye. If this crisis is not resolved on time it will affect APC's chances of winning the forthcoming gubernatorial election in the state.

The two factions should bury their interests and allow party supremacy to thrive for the unity, peace, and progress of the party. The two leaders must resolve their political differences to avoid mass defection to the opposition party PDP, which is interested in taking the advantage of the crisis.

2. Opposition Party PDP: the Peoples Democratic Party, PDP, in Ekiti State is very strong, they are capable of challenging APC to victory should APC refuse to work as a team ahead of the June governorship election in the state. 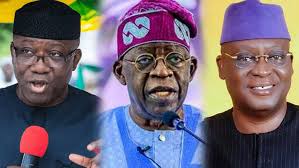