Video: I Made A Mistake By Supporting A Man Who Has No Vision For My People - Oshiomole The people of Edo state welcomed Oshiomole back after he made his grand entry into the state at night. 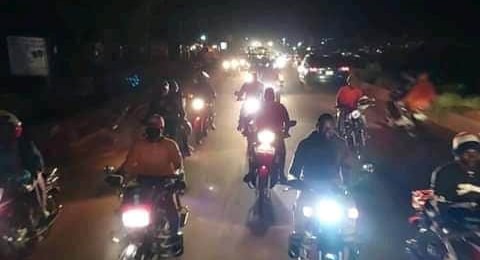 The people wanted to prove that Oshiomole still has enough supporters to back him up through the tussle coming up between his former friend, Obaseki and His new friend who is running for Governor under APC.

Oshiomole was suprised with the outcome of people and he decided to give a speech to his supporters present.

Here is the video below (Details below) 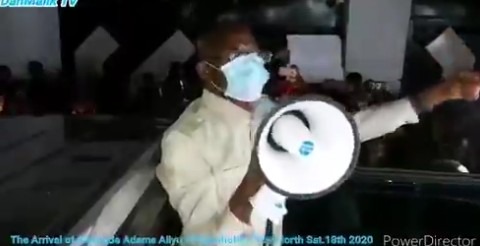 According to the video I showed you above, Oshiomole thanked his supporters for coming out at night to welcome him into the state.He said that he wanted to enter the state silently but he was suprised at the massive crowd that received him.He first apologized to the people of Edo state and said he made a mistake when he supported a man who has no vision for Edo people. He added that he has come back to rectify that mistake and he hopes that the people would help him achieve this goal.He also said that he is back to reclaim the state from PDP

He added that if the people say 'Yes' and God also says 'YES',No man can say 'NO',He told the people that APC wants to bring back roads with drainage, security for the people,jobs for the youths among others.

He said that he only has one mission,and the mission is to bring Edo state back to the path of sustainable development 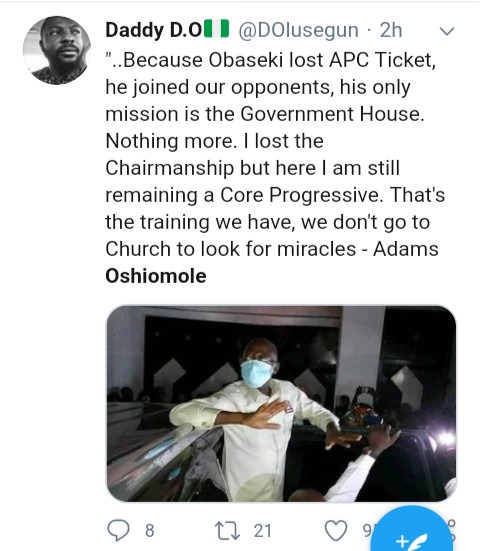 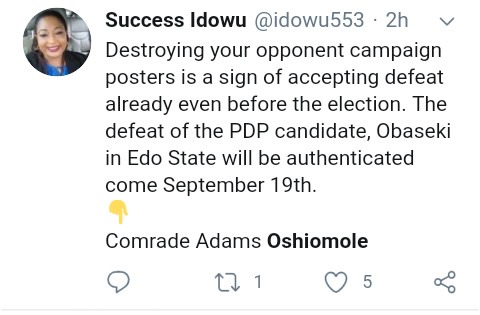 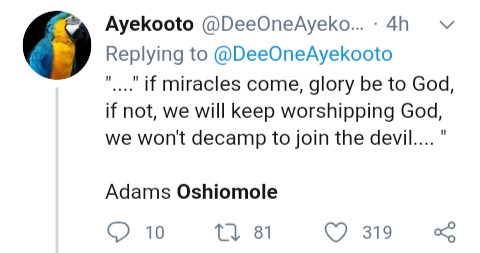 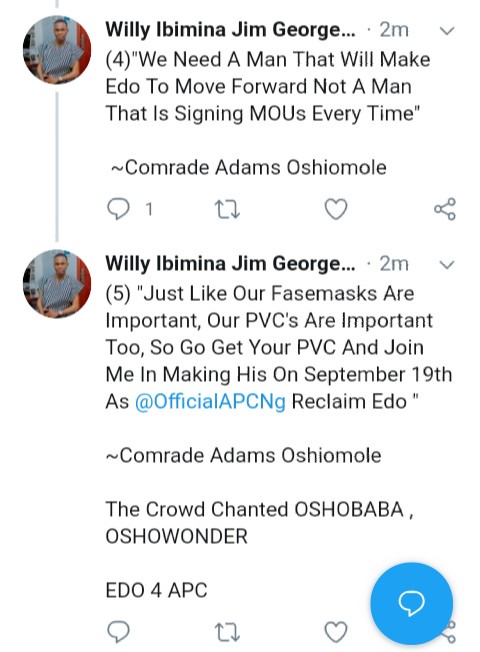 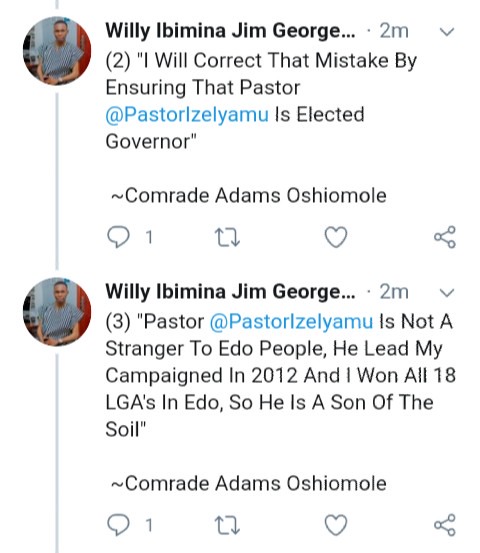 What's your opinion about his speech?

PDP Scribe: Could the closeness of Peter Obi and Okey Muo Aroh be the reason why he is contesting?