All Nigeria Breaking News for This Afternoon, 7th July 2020 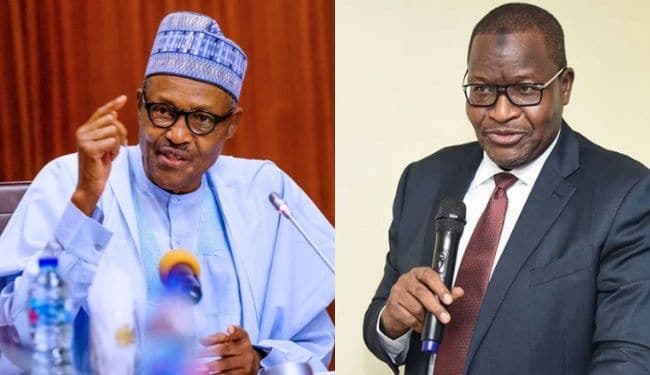 President Muhammadu Buhari has requested the approval of the Senate for the confirmation of the reappointment of Umar Garba Dabata as the Executive Vice Chairman of the Nigerian Communications Commission, NCC.

In a letter forwarded to the Senate on Tuesday, the President said this was in line with sections of the 1999 constitution.

President Muhammadu Buhari had on June 5th announced the approval of reappointment of Umar Danbatta as the executive vice-chairman, Nigerian Communications Commission. 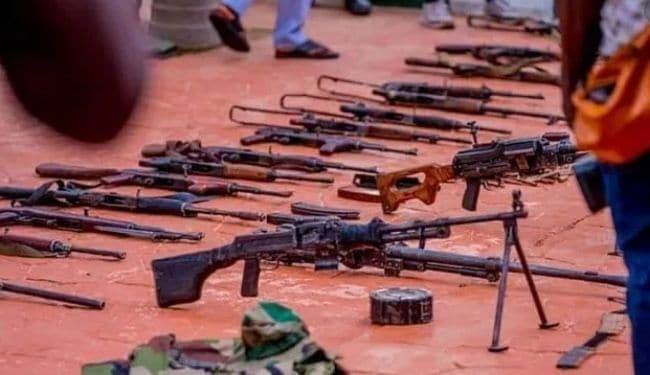 The Zamfara State government has recovered about 25 sophisticated guns from repentant bandits in the last three days.

Handing over the AK 47 guns to the Zamfara State Governor Bello Mohammed, the Commissioner for Security and Home Affairs Abubakar Dauran said the repentant bandits laid down their weapons to embrace the peace initiative of the state government.

Speaking, the governor said he has no regret initiating the peace deal with the bandits which has now seen many of them laying down their arms to pave way for peace in the state. 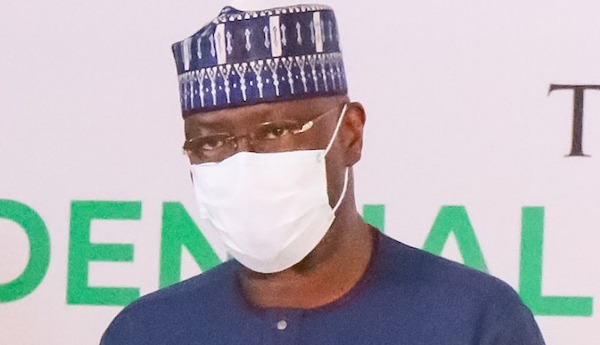 The Presidential Task Force (PTF) on COVID-19 has reiterated that it might ask President Muhammadu Buhari to lockdown Nigeria again should the rising cases of COVID-19 continue in the coming weeks.

The PTF Chairman and Secretary to the Government of the Federation (SGF), Boss Mustapha, who stated this at the task force press briefing in Abuja on Monday lamented the level at which people in authority had been contracting the dreaded infection recently.

According to him, the development is having a direct impact on governance and security in the country.

Recently, many state governors have contracted the virus including David Umahi of Ebonyi, Ifeanyi Okowa of Delta and Rotimi Akeredolu of Ondo.

There have been several reported cases of family members of state governors, their aides, cabinet members also contracting the virus in recent times.

4. Ibrahim Magu, acting chairman of the Economic and Financial Crimes Commission (EFCC), will face another day of questioning on Tuesday over the activities of the agency under his watch. 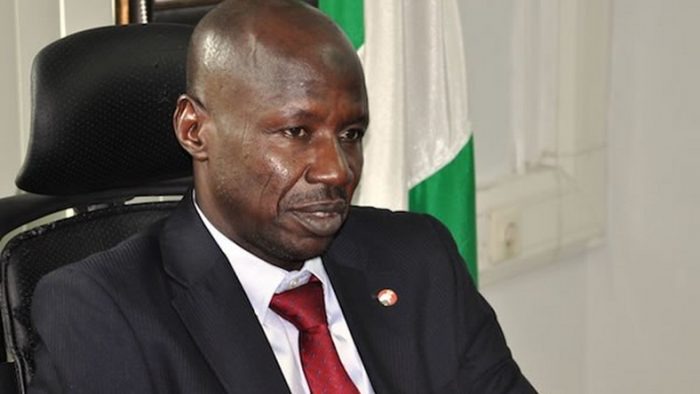 He was detained on Monday night at the police headquarters in Abuja.

The presidential panel probing him is headed by Ayo Salami, former president of the court of appeal.

TheCable understands that the panel sat till 10pm on Monday after which Magu was detained.

Abubakar Malami, attorney-general of the federation (AGF), had asked President Muhammadu Buhari to sack Magu over some “weighty” allegations.

Some of the allegations he listed are:

Discrepancies in the reconciliation records of the EFCC on recovered funds

Leaking investigative reports to the media before going to court

Sale of seized assets to cronies, associates and friends

Shortfall of N35 billion in his declaration of recovered funds

Insubordination to the AGF

Not providing enough evidences for the extradition of Diezani Alison-Madueke

5.Do you know hate speech bill is still alive and well at the senate? 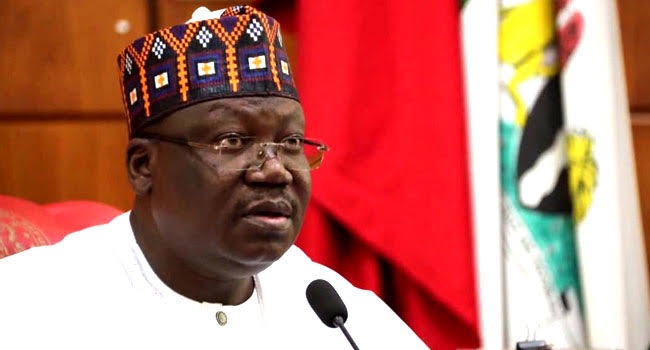 Social media/internet freedom is a basic human right. It is unalienable. In the pool of freedoms, it is as basic as the right to exist. Take away the power of thought and expression from a man, and you have a breathing cadaver.

On June 25, The Economic Community of West African States (ECOWAS) Community Court of Justice ruled that the September 2017 internet shutdown ordered by the Togolese government during protests was illegal and an affront to the applicants’ right to freedom of expression, this is according to Business and Human Rights Resource, which also reported that ‘’the court ordered the government of Togo to pay two million CAF to the plaintiffs as compensation, and to take all the necessary measures to guarantee the implementation of safeguards with respect to the right to freedom of expression of the Togolese people’’.

The 2009 UN resolution on freedom of opinion and expression accentuates the primacy of the internet on human rights. The resolution foregrounds ‘’the importance of all forms of the media, including the Internet, in the exercise, promotion and protection of the right to freedom of opinion and expression, calling on states to facilitate equal participation in, access to and use of ICTs, applying a gender perspective’’.

This right is what Nigeria’s lawmakers at the national assembly seek to arrest and banish.

On November 6, 2019, the senate introduced a bill seeking to regulate social media in the country. The proposed legislation entitled, ‘Protection from Internet Falsehood and Manipulations bill, 2019’ was sponsored by Mohammed Sani Musa, senator representing Niger east – a district in the thrall of bandits. The bill has passed first reading. . 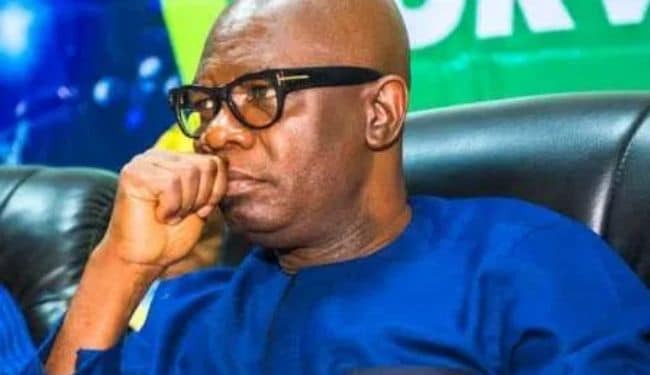 As the plot to impeach the Deputy Governor of Ondo State, Agboola Ajayi thickens, the embattled Deputy has dragged the State House of Assembly to court.

The Deputy Governor through his lawyer filed the suit seeking to stop the impeachment proceeding and enforce his fundamental rights of association.

Palpable fear had hit the camp of the Deputy Governor that the State House of Assembly may begin the impeachment process against Ajayi on Tuesday for defecting to the PDP.

The suit seeks to enforce the fundamental rights of the Deputy Governor to retain his position having defected from the ruling All Progressives Congress, (APC) to People ‘s Democratic Party (PDP). 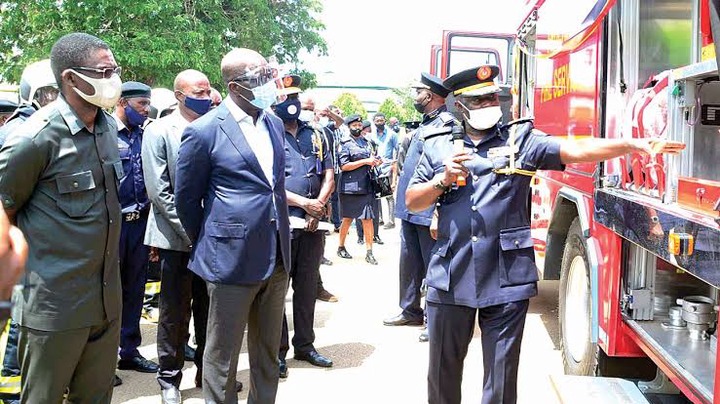 Imasuagbon, who abdicated for Obaseki shortly before the primary, commented that the votes from Edo Central and South Senatorial districts would seal the victory for those in power.

In an interview with The Guardian yesterday, Imasuagban, widely known as Raisman, said, “Although APC leaders know that Pastor Osagi Iz-Iam is not in favor, they continue to deceive him.

He said: “Mark my words, Iz-iyam my friend, but the governorship elections in Edo State are beyond him. Governor Godwin is set to win for Obaseki, who will win. "

Meanwhile, senior management staff of the National Youth Service Corps (NYSC) have confirmed that Edo Helsman has been issued a new discharge certificate.

The governor, who was assembled in Jos in the Plateau State in 1980, said that his last name was incorrectly typed as 'Obasek' instead of 'Obasake' in the question paper, and that the official had made the decision to issue him. The latest to have his true identity.

Also yesterday, the Edo Chapter Chairman of the Action Alliance (AA), Mr Stephen Ayamekho Ugwuon and other executive members of the opposition party resigned, accusing the high-handedness and mediation of the national leadership.

"The party's national chairman, Adekunle Abdul Rahid Om-Aze, has left the party because he did not recognize state party executives in the party's primary conduct," Eguawon said.

However, a socio-cultural organization, the Benin National Congress (BNC), has warned young people not to use it to solve political scores.