Nigeria history you need to know

(2) December 26, 1978. The headline 39 years ago. Families going home for Christmas got there in tears-victims of artificial fuel scarcity. We learn from our past.

(3) Lieutenant-Colonel Francis Adekunle Fajuyi remains the only black African to have won the Military Cross. He was awarded this for his bravery in Burma during World War II in 1945.

(4) The Alake of Egbaland checking over some of his 50 crowns with his 10yr old daughter(Adebanke). He was as at then starting a museum for the crowns.

(6) Kano was the name of the Blacksmith who founded it.

(7) Drilling activities for Oil in Nigeria started in 1951 and the first test well was drilled in Ihuo(Iho) near Owerri, present Imo State.

(11) Boarding the train at Kaduna, the First Battalion, Nigeria Regiment head for Douala, capital of Cameroon, during the First World War.

(12) British Ad of the Exhibition at Wembley of their then youngest colony-Nigeria in the Times of London on May 23, 1925.

(13) Shaihu Umar(1955)-a novella about slavery in Africa, written by Sir Tafawa Balewa. This was his only major literary work and a bestseller.

(14) Movie scene from 'Palaver' the 1926 British film set in Northern Nigeria. It was one of the first films shot in Nigeria. #KannyWood #NollyWood 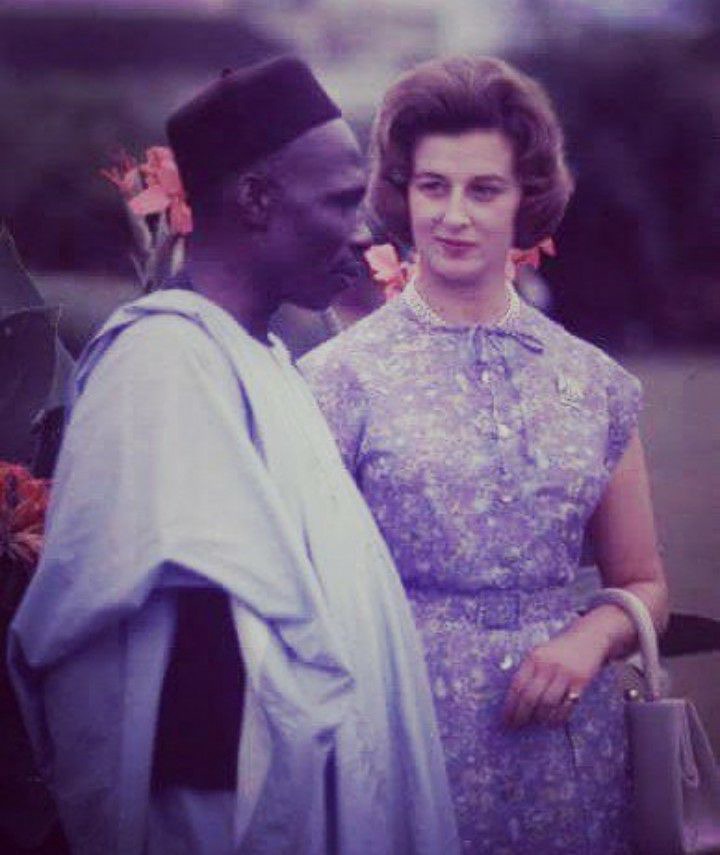 (19)Peugeot 504 — The official car model of General Olusegun Obasanjo as Nigeria's Head-of-State in 1979. The same car was used to drive President Shehu Shagari from his inauguration on October 1, 1979 but he later discarded it for a Mercedes Benz.

(20) Head-of-State, Major-General Muhammadu Buhari being conferred with the traditional title of Ogareku (Warlord) of Ebiraland by the Ohinoyi of Ebiraland, Alhaji Sanni Omolori, 1985. #SaiBaba