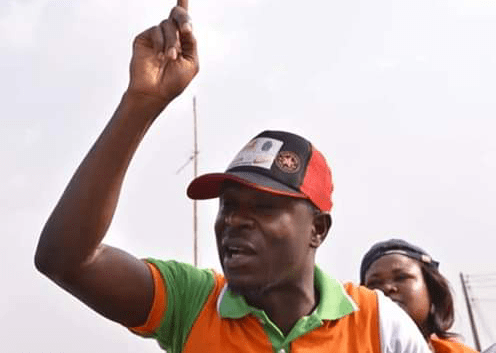 As scheming on the October 10, 2020 governorship election reaches top gear in Ondo state, the leadership of the Social Democratic Party, SDP, in Ondo State has bemoaned and expressed displeasure over yesterday’s attack and disruption of a meeting of the newly-constituted Caretaker Committee of the party headed by Hon. Dele Ogunbameru.

In a Press Statement signed by Hon. Gbenga Fasua, the State Publicity Secretary of the party, SDP alleged that the attack was allegedly orchestrated by Hon. Tajudeen Adefisoye fondly called Small Alhaji, a member of the party, representing the Idanre/Ifedore Federal Constituency in the National Assembly.

Adefisoye was elected on the platform of the SDP in February last year.

According to Fasua, “no fewer than 10 suspected hoodlums stormed the State Secretariat of the Party in Akure at about 1:15PM yesterday to disrupt the hitherto peaceful meeting and destroy some parts of the building.

“It took the swift efforts of the Nigerian Police Force and other security agents to restore normalcy, while five of the miscreants were arrested and later confessed that they were sent to stop the meeting by Hon. Tajudeen Adefisoye.”

The SDP spokesman noted that, “the state leadership of our dear party condemns this reprobate display in strong terms as it does not portray what the party stands for.

“SDP is notable for its peaceful and diplomatic conducts, thus, will not condone any act that can bring it to disrepute.

“At this moment, we cannot afford to fail the people of Ondo State who have reposed their confidence in the party to give them the most viable candidate for this years October 20 gubernatorial election.

“This is what we are committed to at the moment and we will not allow any egotistical activities of any individual to distract us.

“No member of the party, including Small Alhaji, is bigger than the party, and should, therefore, not play to the gallery. Whoever that has any grievance whatsoever with the party should address such in tandem with the constitution of the party,” Fasua said.

The SDP state leadership opined that, “We, therefore, use this medium to call on the national leadership of our great party to call Hon. Tajudeen Adefisoye to order and allow the newly-constituted committee to focus on the business of governance.

“We appreciate the Nigerian Police Force and other security agents For their swift response when it matters most and we further seek your continuous supports in sustaining the peace and tranquility in our dear Sunshine State,” SDP spokesman concluded.

Reacting to the allegation, the federal lawmaker, Hon Tajudeen Adefisoye denied it, describing the allegation as untrue and unfounded.

He said Fasua has no power to speak for the party, describing him as a local government Chairmanship candidate in Akure who is not a member of the state Exco of the SDP.

Adefisoye who spoke through his Media Aide, Yemi Fasipe, said, “he (Adefisoye) did not sponsor any attack and would never sponsor one.

“You need to address him (Fasua) as a local govt candidate from Akure south. Secondly the constitution of the caretaker is illegal and the matter is already in court.

“I will send you the constitution paper here. NWC does not have the right to dissolve (SWC) without getting directives from NEC of the party. So the whole thing is illegal and when they go on air and make statements that they are the CTC of the party. It is laughable.

“Somebody that wrote to the DSS for peace (to reign in the party), can’t possibly be sponsoring attacks,” the lawmaker insisted.