Rwanda Genocide: Two Africans Who Were In Position To Stop The Killing But Did Not

The Tutsi and the Hutu speak the same language, have the same traditions and common history, but the Belgian colonialist that ruled them put a knife between these links that held them together and they fell apart. 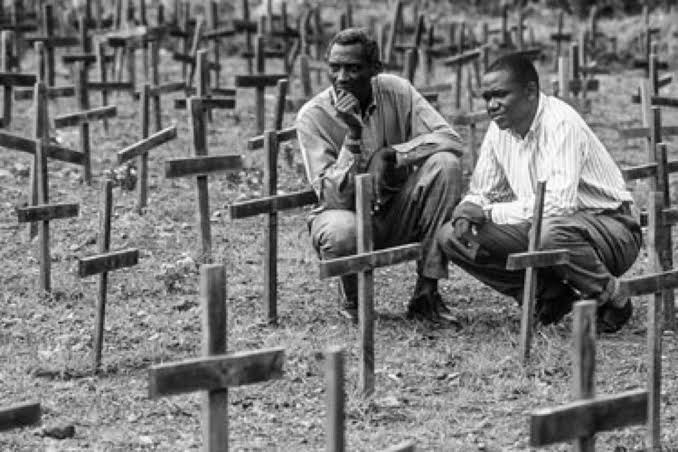 Between April to July 1994, about 800,000 Rwandans were killed in what could have been avoided if some people could have acted (Image: World Vision)

In April 1994 the bad blood between the Tutsi and Hutu in Rwanda erupted, three months later, more than eight hundred thousand Tutsi and moderate Hutus had been butchered. It is one of the largest genocide in recent history. But it was forewarned, an informant had warned the United Nations command in Kigali, Rwanda, that the killings will happen and would reveal where weapon catcher were hidden in exchange of protection and asylum abroad. The UN Commandant reported to his superiors in the UN headquarters and they failed to act, these two superiors were Africans!

Boutros Boutros-Ghali, the Egyptian, was the United Nations Secretary-General during that time, he led from 1992 through 1996. The man in charge of the UN Peace Operations and operated in that capacity from 1993 to 1996 was the Ghanaian, Kofi Annan. He would later succeed Boutros-Ghali as UN Secretary-General. These two African men were in the position to act and stop the genocide after receiving the “Genocide-Fax” sent by the UN Commandant in Rwanda, Major General Romeo Dallaire, but they rejected the report and did not act on it! 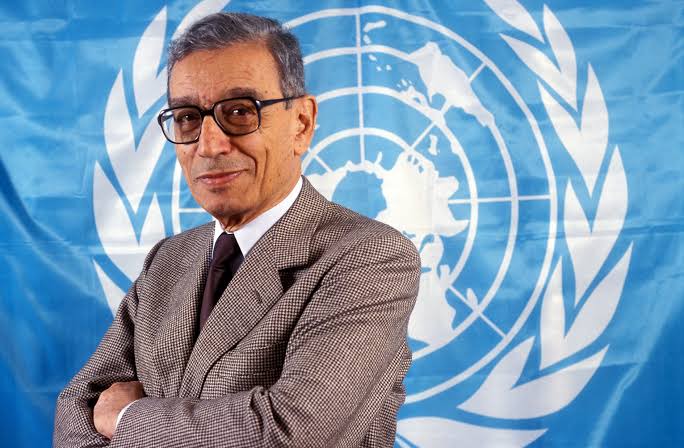 Boutros Boutros-Ghali, an Egyptian, was the UN Secretary-General during the Rwandan Genocide (Image: Time Magazine) 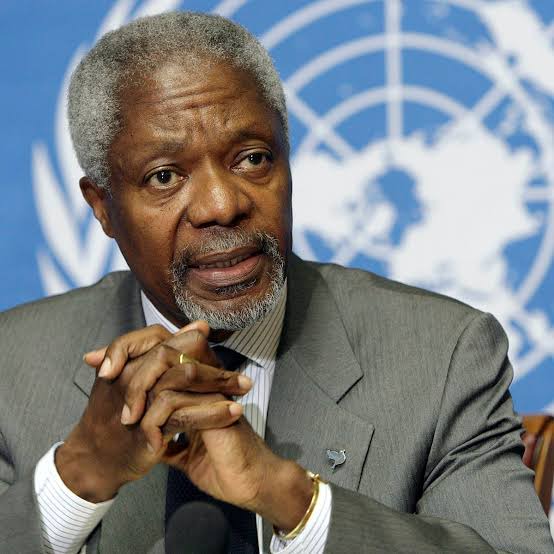 During the Genocide, the Head of the UN Peacekeeping Department was a Ghanaian, Kofi Annan (Image: The Conversation)

In the book “A Thousand Hills: Rwanda's Rebirth And The Man Who Dreamt It” by Stephen Kinzer, the Canadian Major General Romeo Dallaire was directed to report to the UN Department of Peacekeeping Operations in early 1993, headed by future UN Sec-Gen. Kofi Annan of Ghana. According to Gen. Romeo, he and eighteen member survey teams arrived in Rwanda in August 1993. But the situation he encountered in Rwanda alarmed him to request serious reinforcement.

Although he was sent to keep the peace, then the Rwandan Hutu government was in the process of peace talks with the Tutsi-dominated rebel Rwandan Patriotic Front led by Paul Kagame, present President of Rwanda. Romeo observed the hostile atmosphere in Rwanda: the Hutu militia Interahamwe were vicious with their anti-Tutsi activities and the Radio Hutu (nicknamed Genocide Radio) urged them on. Gen. Romeo asked his Superiors in the UN, Kofi Annan and Boutros-Ghali to reinforced his group with 8000 peacekeepers, he later narrowed it down to 4500, but Boutros-Ghali finally approved 2548 peacekeepers. 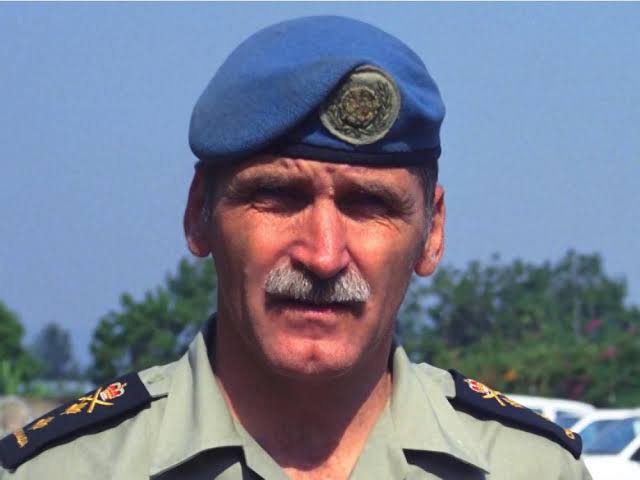 Romeo Dallaire was the UN Commandant in Rwanda during the Genocide, he had alarmed his superiors Kofi Annan and Boutros-Ghali about the impending genocide but was disregarded (Image: Ottawa Citizen)

In January 1994, three months before the genocide begins, Gen. Romeo Dallaire received an intelligence report that an informant closer to the Rwandan Hutu government and the tribal militia Interahamwe has important information that will help keep the peace. He said soon, Tutsis would be killed in large numbers and he knew where the weapons are kept, he would only reveal if the UN would assure him of safety, that is help him flee Rwanda and offer him a resident permit abroad. The UN Commandant swiftly fax his superiors Annan and Boutros-Ghali, the fax is today known as Genocide Fax. The two Africans dismissed the report and told the Commandant to sent the report instead to the Rwandan President. 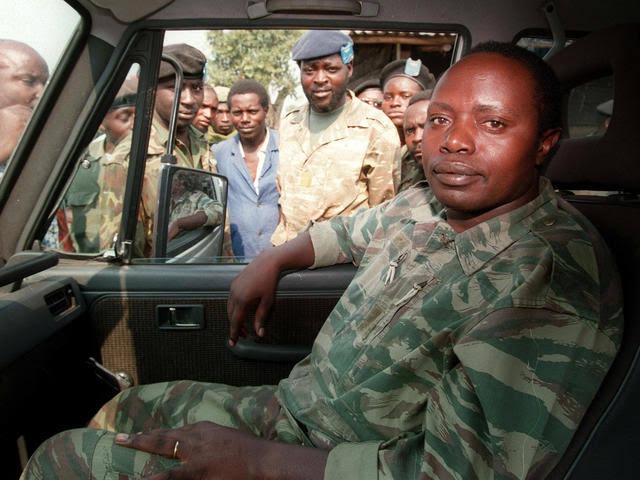 Gen. Augustine Bizimungu was head of the Rwanda army during the genocide and was said to be highly involved (Image: CBS News) 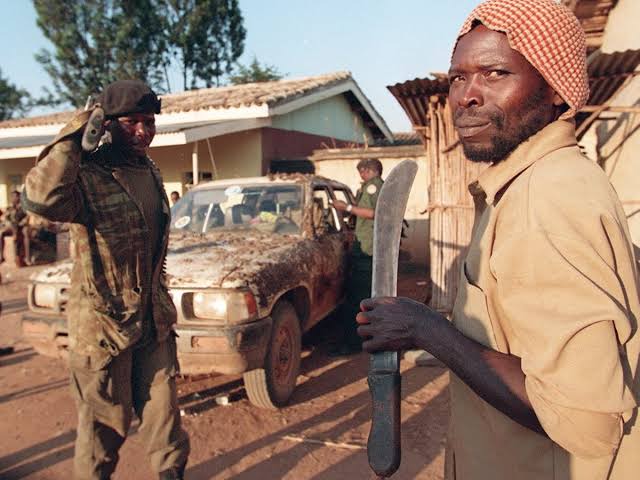 The Hutu militia, Interahamwe carried out most of the killings, machete being their weapons of choice (Image: The Conversation) 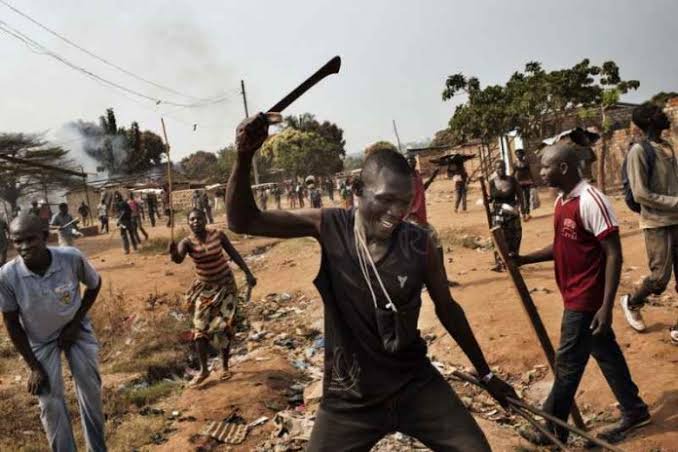 About 800,000 Tutsi and moderate Hutus were murdered in hundred days (Image: ICTJ)

If Kofi Annan and Boutros-Ghali had acted on the fax with urgency and determination, the genocide would have been stalled and stopped. Staying farther from Rwanda, Annan and Boutros-Ghali would not witness the carnage their indecisiveness would lead to; Major Gen. Romeo Dallaire would later suffer Post-Traumatic Stress Disorder for the atrocities he witnessed during the hundred days butchering – something that could have been avoided if his African superiors could have shown interests and concern for an African nation and its people. While Africans often blame Europeans for ignoring the atrocities in the continent, two of the continent's sons occupying an important position in the UN which they could have acted to save 800,000 souls, refused to act. Speaking during a Memorial Service at the UN ten years after the genocide, Kofi Annan confessed that the international community failed Rwanda and now lives with a sense of regret. “I believe that time that I was doing my best”, I said, “but I realized after the genocide that there was more that I could and should have done to sound the alarm and rally support.”

The United Nations was vehemently criticized for its role during the Rwandan Genocide, this is an indictment of two sons of Africa who could have stopped it. One was the United Nations' most senior Official, Secretary-General Boutros Boutros-Ghali from Egypt and the other was in charge of peacekeeping, the Ghanaian, Kofi Annan.