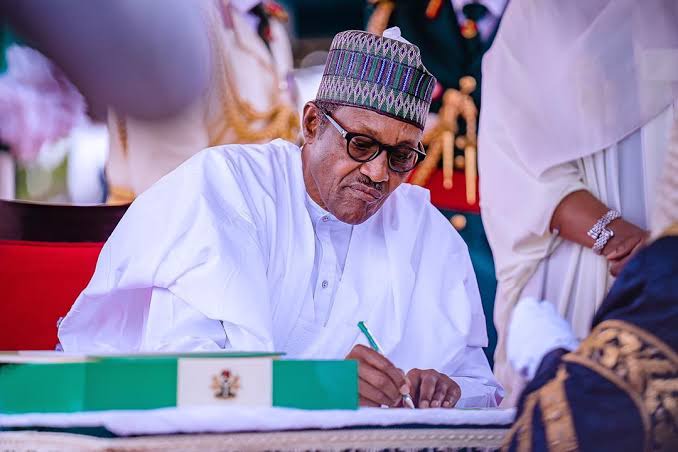 President Muhammadu Buhari on Tuesday 14th July 2020 Dared members of the national Assembly as he threw his full support behind the minister of state for labour, productivity and employment, Festus kayemo over the 774,000 jobs that is under the special public works programme (SPW).

Federal government introduced the special public works programme (SPW) in order to make it easier to employ 774,000 people across the 774 local government in Nigeria.

According to report, President Buhari has backed Festus kayemo to proceed with the recruitment despite suspension by lawmakers.

This is obviously the first time the legislature and the executive arms of government would be disagreeing on national issues.

According to the honourable minister, I have received order from Mr President to proceed with the recruitment despite suspension from lawmakers.

Kayemo had on June 30th clashed with the lawmakers over the selection process of the 774,000 jobs which prompted the lawmakers to put the recruitment on hold.

A presidency source confirmed the approval, saying the minister held a virtual meeting with the president, where the approval was granted.

Meanwhile, when the Director general of the national directorate of employment, Mohammed Nasir Kadan Argungu was contacted over the president directive, he said he was not aware of the go ahead order of Mr President.

We hope that the recruitment process favours the masses.