Today's Headlines: Stay away from Ondo, Akeredolu sends warning message to Igboho, Gbenga Daniel Reveals Why he Joined APC Ahead of 2023 Polls

Stay away from Ondo, Akeredolu sends warning message to Igboho 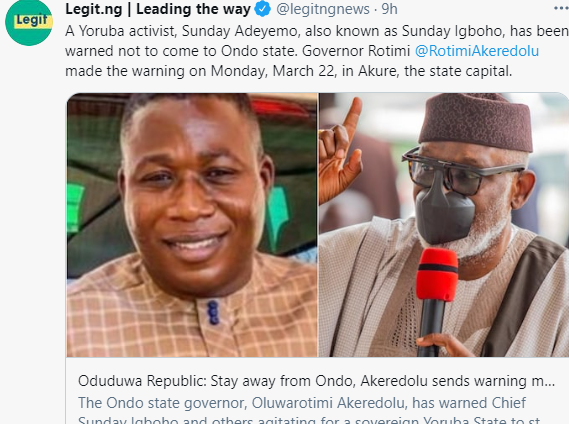 Sunday Igboho, one of the people fighting for the Oduduwa nation, has been warned by Governor Rotimi Akeredolu to stay away from Ondo state. Ondo, however, will remain a separate body within the Nigerian federal republic, according to Akeredolu.

Following Sunday Adeyemo's agitation for a sovereign Yoruba state, the governor of Ondo, Oluwarotimi Akeredolu, has warned the self-styled activist and others agitating for the Oduduwa country to stay out of the state. According to The Nation, Akeredolu claimed that the people of Ondo have chosen to remain in the federal republic of Nigeria as it currently exists.

Gbenga Daniel Reveals Why he Joined APC Ahead of 2023 Polls 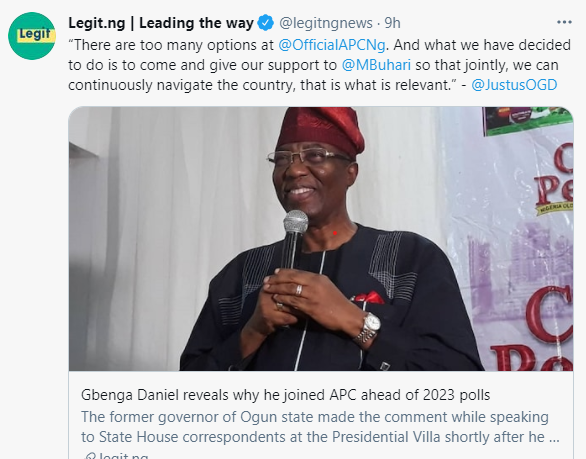 - As the general election of 2023 approaches, new political alliances are taking shape. - Political players are also seeking solace in parties that are willing to accommodate them and advance their interests. Otunba Gbenga Daniel, who recently entered the ruling All Progressives Congress, is one of these politicians.

Otunba Gbenga Daniel, a former governor of Ogun state, has revealed why he joined the ruling All Progressive Congress (APC). On Monday, March 22, Daniel told State House correspondents that as a politician, he doesn't have many choices.

The former governor spoke to reporters shortly after President Muhammadu Buhari hosted him alongside Dimeji Bankole, the former Speaker of the House of Representatives. 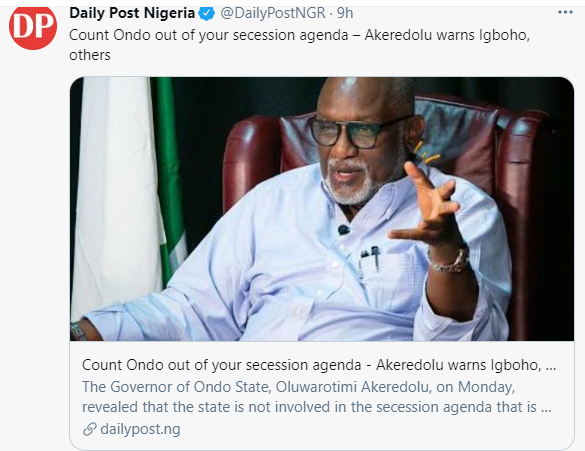 Ondo State Governor Oluwarotimi Akeredolu said on Monday that his state is not interested in the secession movement that is currently being pushed by some groups in the southwest.

The citizens of Ondo State, according to Akeredolu, who warned the Oduduwa Republic's frontline agitators to stay away from the state, have chosen to remain in the Federal Republic of Nigeria.